December issue of The Ryder 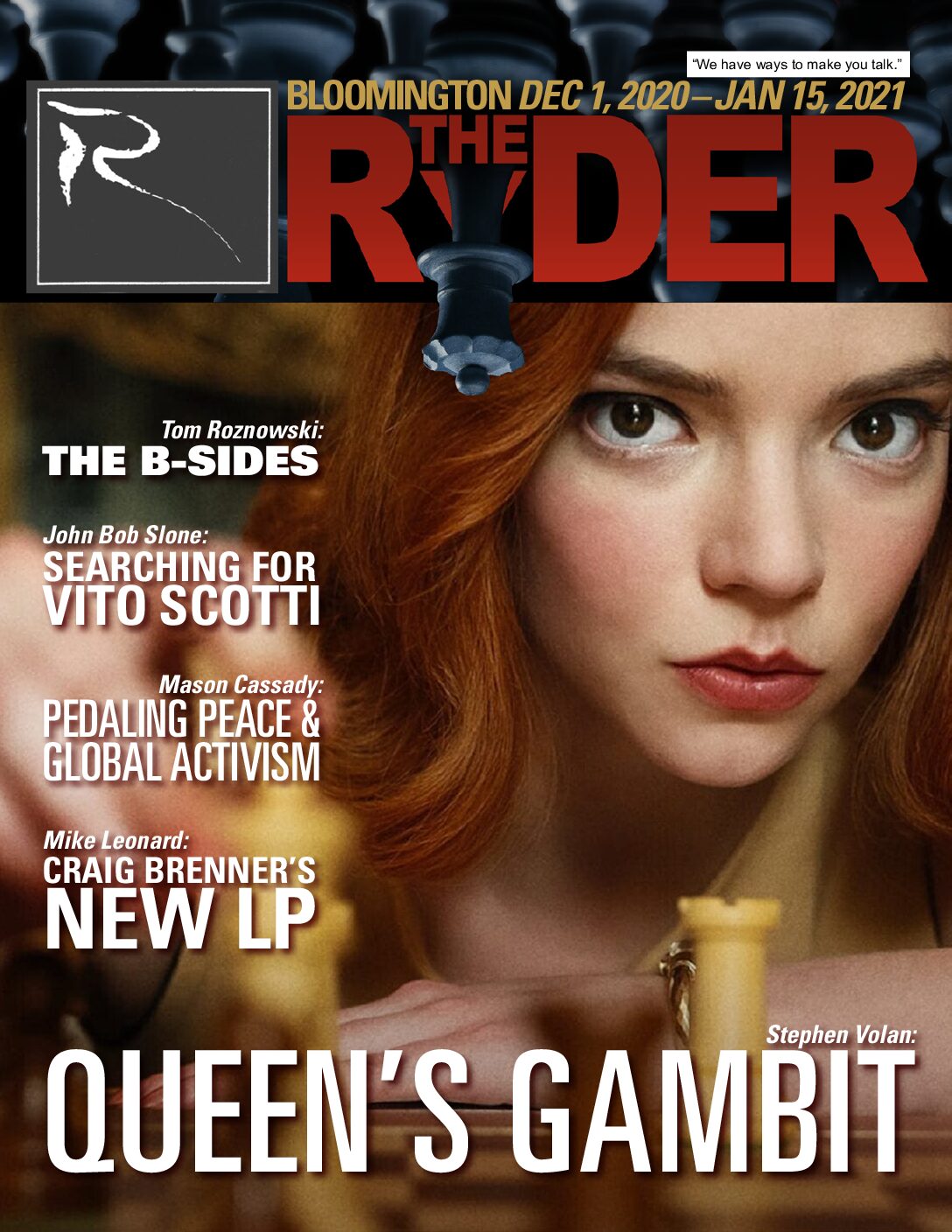 The new issue of The Ryder, funded in part by a Recover Forward grant from the Bloomington Urban Enterprise Association, is on the virtual newsstands! Here’s your personal copy, and here’s some of what’s inside….

Arts Alliance Artists shouldn’t have to sneak in through the back door. A look at the first ten years of the Arts Alliance of Greater Bloomington. By Rachael Himsel

The B-Sides A new collection of classic American folk songs asks us to consider if something fragile from long-ago can survive in our current age. By Tom Roznowski

Pedaling Peace and Global Activism Inspired by the teachings of Mahatma Gandhi, Dnyan Yewatkar has embarked on a global tour he calls Pedaling for Peace. He’s traveled 30,000 miles through 23 countries, and lived through close calls with a hungry tiger and a hungry drug cartel gang. By Mason Cassady

Queen’s Gambit Chess is not just a game but a discipline and the high-wire world of professional chess has never been portrayed with more care and respect. Who says “Girls can’t play chess”?. By Stephen Volan

Searching for Vito Scotti Hogan’s Heroes, Get Smart, Gilligan’s Island, The Dick Van Dyke Show, Columbo – it’s a never-ending list. You might not recognize his name but if you watched TV in the 60s and 70s you’ve seen Vito Scotti, character actor extraordinaire. And we haven’t even mentioned his work in feature films – including  indelible performances opposite Brando in The Godfather and the Monkees in Head. By John Bob Slone

Flip through the magazine. If you stumble upon a story that you like, or if you just want to support local, independent journalism, please consider making a donation.