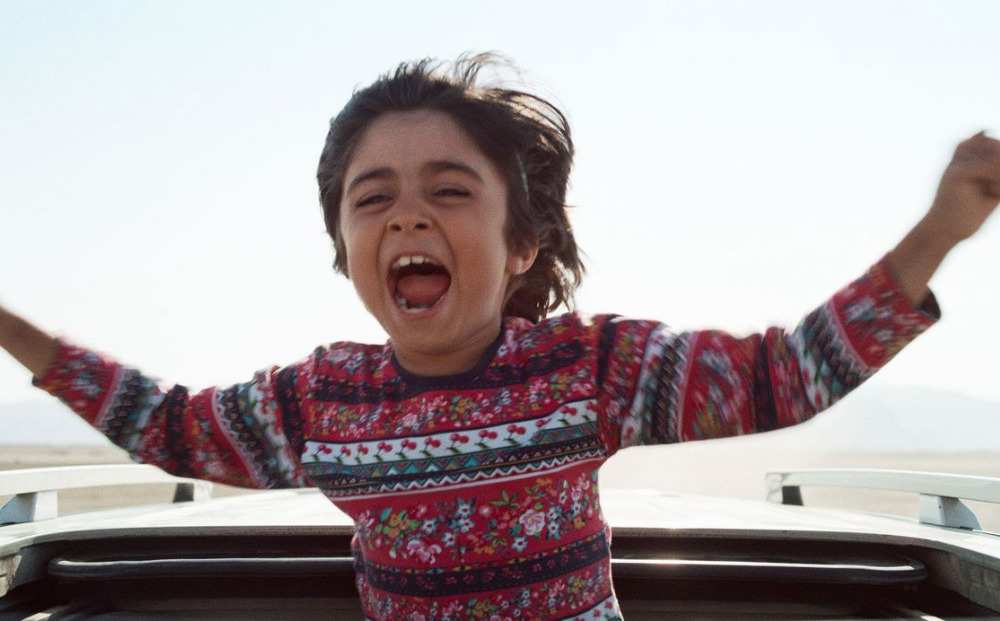 A family speeds through the Iranian desert toward the Turkish border: Where are they going? Why is mom paranoid about being followed? Is the dog acting funny? At the wheel is the family’s brooding elder son, with an over-attentive polestar mother riding shotgun, her husband immobilized in the back seat (his leg in a cast) losing a battle of wits with his younger son – whose rascally energy keeps everyone both entertained and exasperated. First-time filmmaker Panah Panahi is the son of Jafar Panahi and apprenticed with the legendary Kiarostami. He makes his debut with a film that’s playfully new, both visually and tonally, yet resonant of the masterful tradition from which he descends. 93 MINS • IRAN • IN PERSIAN WITH ENGLISH SUBTITLES

THE QUIET, LOW-KEY MASTERPIECE OF THE YEAR. This Iranian film about a family on a mysterious road trip is funny, tragic, moving and a near-perfect debut movie.
– David Fear, Rolling Stone

A THRILLING and MYSTERIOUS revelation from Iran… a love story, a tragicomedy, and a triumph.
– Richard Brody, The New Yorker

“CRITIC’S PICK! A storytelling style that is at once clear and elusive. What makes HIT THE ROAD so memorable and devastating is the way it explores normal life under duress… That invisible cruelty make the tenderness and good humor of this movie all the more precious, and almost unbearable.”
– A.O. Scott, The New York Times

CRACKLING WITH ENERGY and outbreaks of exuberant lip-synching, RIOTOUSLY FUNNY at times and quietly devastating at others… a phenomenal feature debut. Panahi crafts a vibrantly humane and utterly relatable portrait of a family at a crossroads…(with a) winning combination of humor, first rate performances and pre-revolution Iranian pop music. There’s not a single moment in the storytelling which feels rote, not a directorial decision which resorts to cliché. THRILLINGLY INVENTIVE, satisfyingly textured and infused with warmth and humanity, this is a triumph.
– Wendy Ide, Screen International