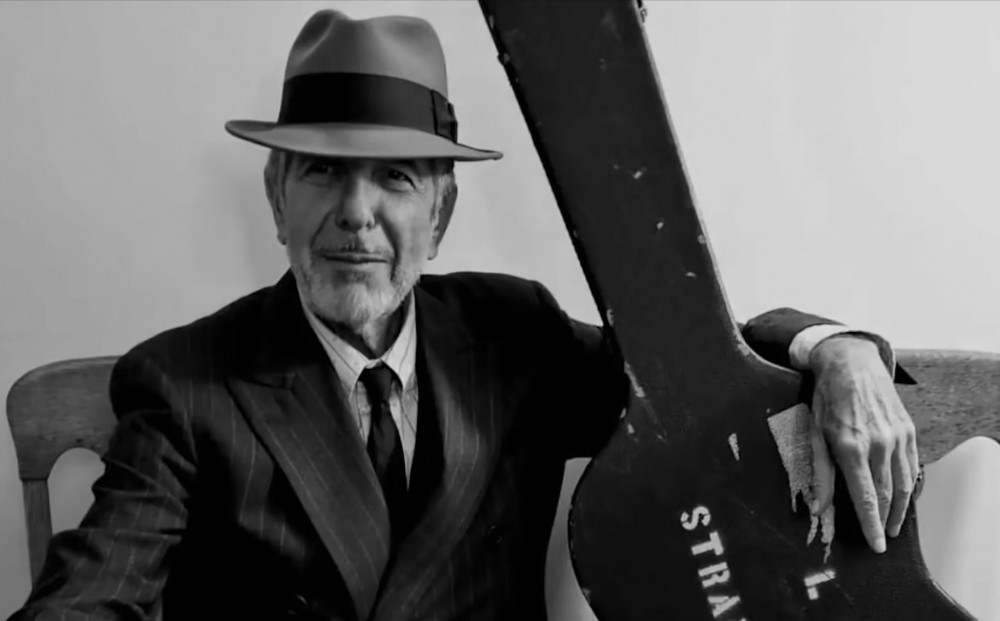 Poet/singer/songwriter Leonard Cohen spent over 7 years writing “Hallelujah,” initially an obscure track on an early 80s album rejected by his record label (“Look, Leonard, we know you’re great – but we’re not sure you’re any good”). Yet it enjoyed a new life in 1991 after being covered by John Cale (Cohen shared over 100 unused verses with him), then Jeff Buckley on his Grace album — and evolved through countless versions to become one of the most beloved songs of all time. Drawing from rare and never-before-seen archival materials, directors Dan Geller and Dayna Goldfine  meticulously trace the career of the restless Canadian artist as they detail the unlikely path of his famous composition, the meaning of which has transformed with each popular cover version. • 118 min

A co-presentation of the IU Cinema, The Ryder and WFHB

Read Joan Hawkins’ tribute to Leonard Cohen, originally published in the December, 2016 issue of The Ryder