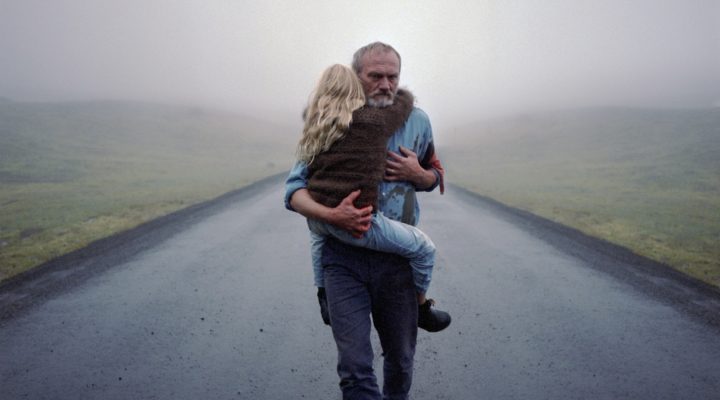 The powerful new film by Hlynur Pálmason (Winter Brothers) opens with an old Icelandic saying: “When the earth and sky unite and everything is white, there is no difference between the dead and the living.” On one level, this aphorism poetically describes the thick mists that can suddenly, almost magically descend upon the country’s rural areas; on another, it describes the mental state of the film’s hero, Ingimundur (Ingvar Sigurðsson), a police officer on bereavement leave after the sudden loss of his wife (Sara Dögg Ásgeirsdóttir) in an accident. Ingimundur searches for someone to blame. He zeroes in on a neighbor whom he suspects may have had an affair with his wife. As past memories take on new meaning, his suspicion turns obsessive and imperils those around him.

With breathtaking cinematography by Maria von Hausswolff, Pálmason finds seemingly boundless new ways to capture the volatile climate, the elemental delights and estrangement of Iceland’s east coast, and the unpredictable nature of grief.