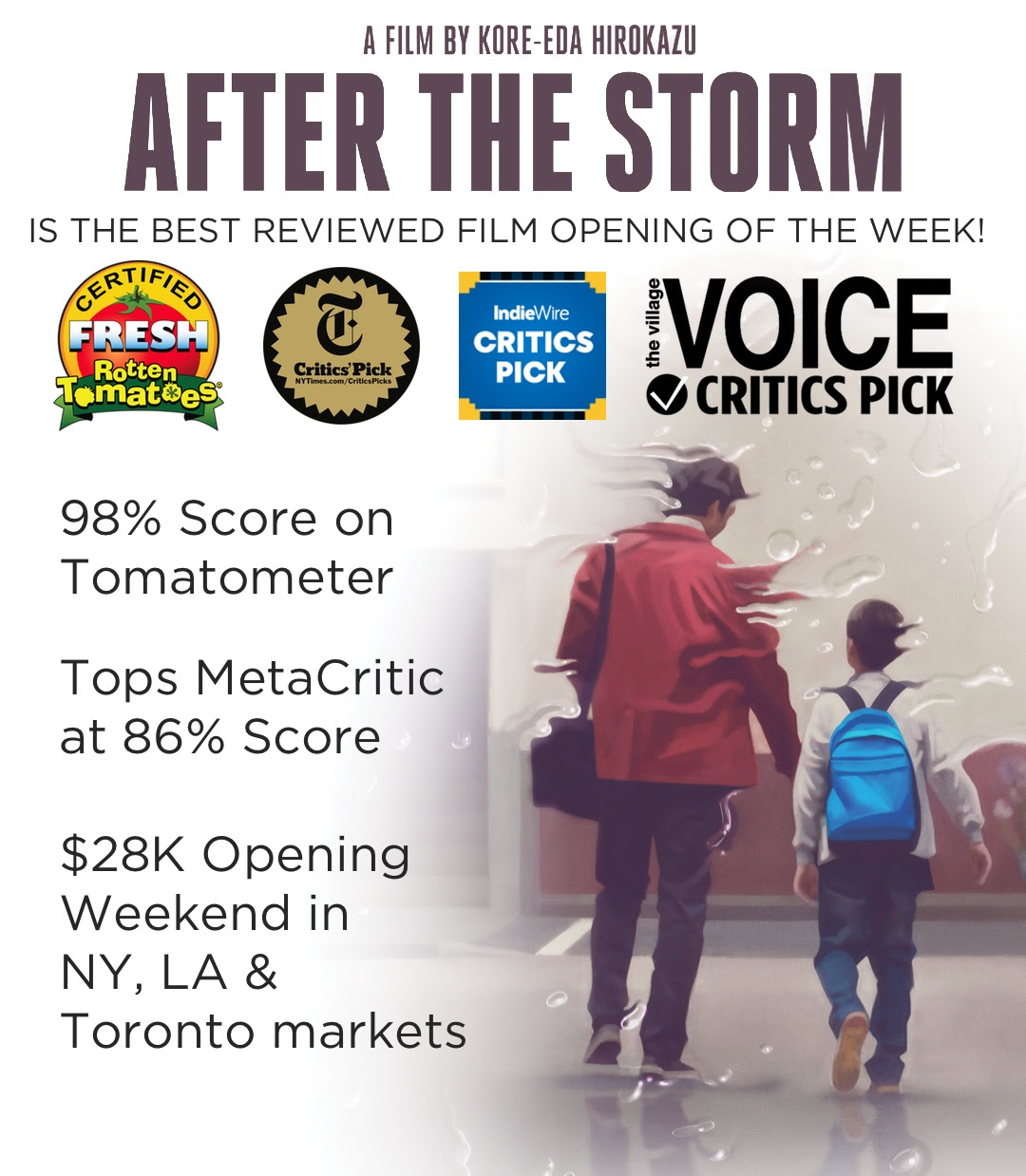 March 31 – April 9 ♦ Scroll down for times and locations

A once-promising novelist, Ryota now works as a private detective while he researches a nonexistent second novel. He struggles to take back control of his life and wants to get to know his young son better, yet he is not above extorting money from the targets he is sent to spy on. And then on a stormy summer night Ryoto is offered a chance at redemption. Late in the film Ryota’s son asks his father if he turned out to be the person he wanted to be. Ryota replies, “Not yet.” After the Storm is yet another whimsical, deceptively simple human drama by Hirodazu Kore-eda, who has been a film festival favorite since his 1998 film, After Life.

If civilization were to end tomorrow — and who the hell knows, it just might — we could learn a lot about building the next one from the films of Hirokazu Kore-eda. His name should be shouted from rooftops and his films made required viewing.  I walked out of After the Storm wanting to be a better person — and further convinced that Hirokazu Kore-eda isn’t just one of the world’s best filmmakers, but one of its most indispensable artists. -The Village Voice

Hirokazu Kore-eda churns out masterpieces so casually that it can be easy to take them for granted. — Indiewire