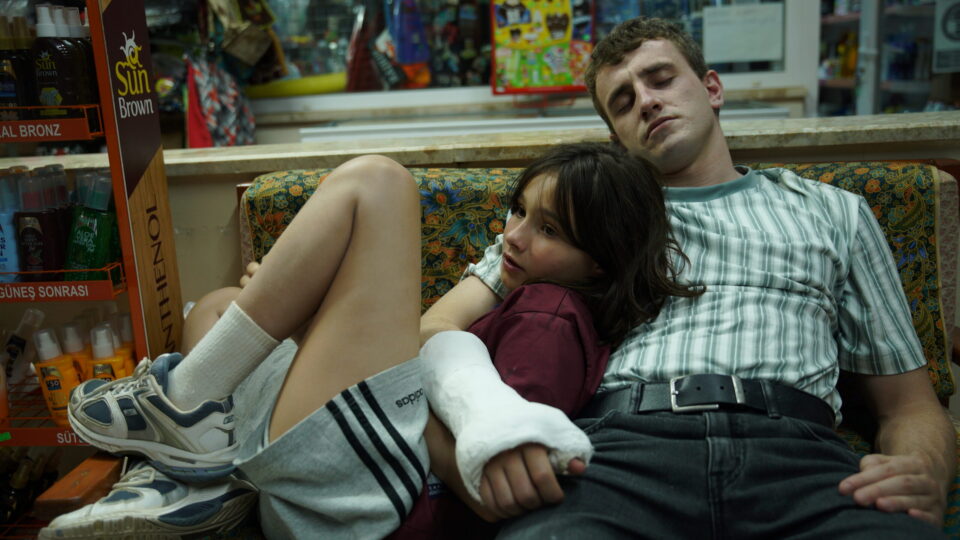 At a fading vacation resort, 11-year-old Sophie treasures rare time together with Calum, her loving and idealistic father. As a world of adolescence creeps into view, beyond her eye Calum struggles under the weight of life outside of fatherhood. Twenty years later, Sophie’s tender recollections of their last holiday become a powerful and heartrending portrait of their relationship.

presented in partnership with Cicada Cinema

That a director can summon such emotional maturity paired with grand narrative originality in her first outing, particularly working from a deeply personal standpoint, astounds. Wells, a forward-thinking artist, invites into a vortex of feelings and sensations that fully exploits the language of cinema for its gorgeously humanistic pursuit. AN EXQUISITE REVELATION, Aftersun is the type of movie from which you don’t walk away the same person. – The Wrap

It’s hard to find a critical language to account for the delicacy and intimacy of this movie. This is partly because Wells, with the unaffected precision of a lyric poet, is VERY NEARLY REINVENTING THE LANGUAGE OF FILM, unlocking the medium’s often dormant potential to disclose inner worlds of consciousness and feeling. CRITIC’S PICK! – The New York Times

We have centuries’ worth of stories about the ways boys relate to their mothers. But in the movies, reflections on how girls feel about their fathers, told from a woman’s point of view, are still relatively rare. That’s the territory of Scottish writer-director Charlotte Wells’ GORGEOUS, RESONANT debut, Aftersun.- Time Magazine