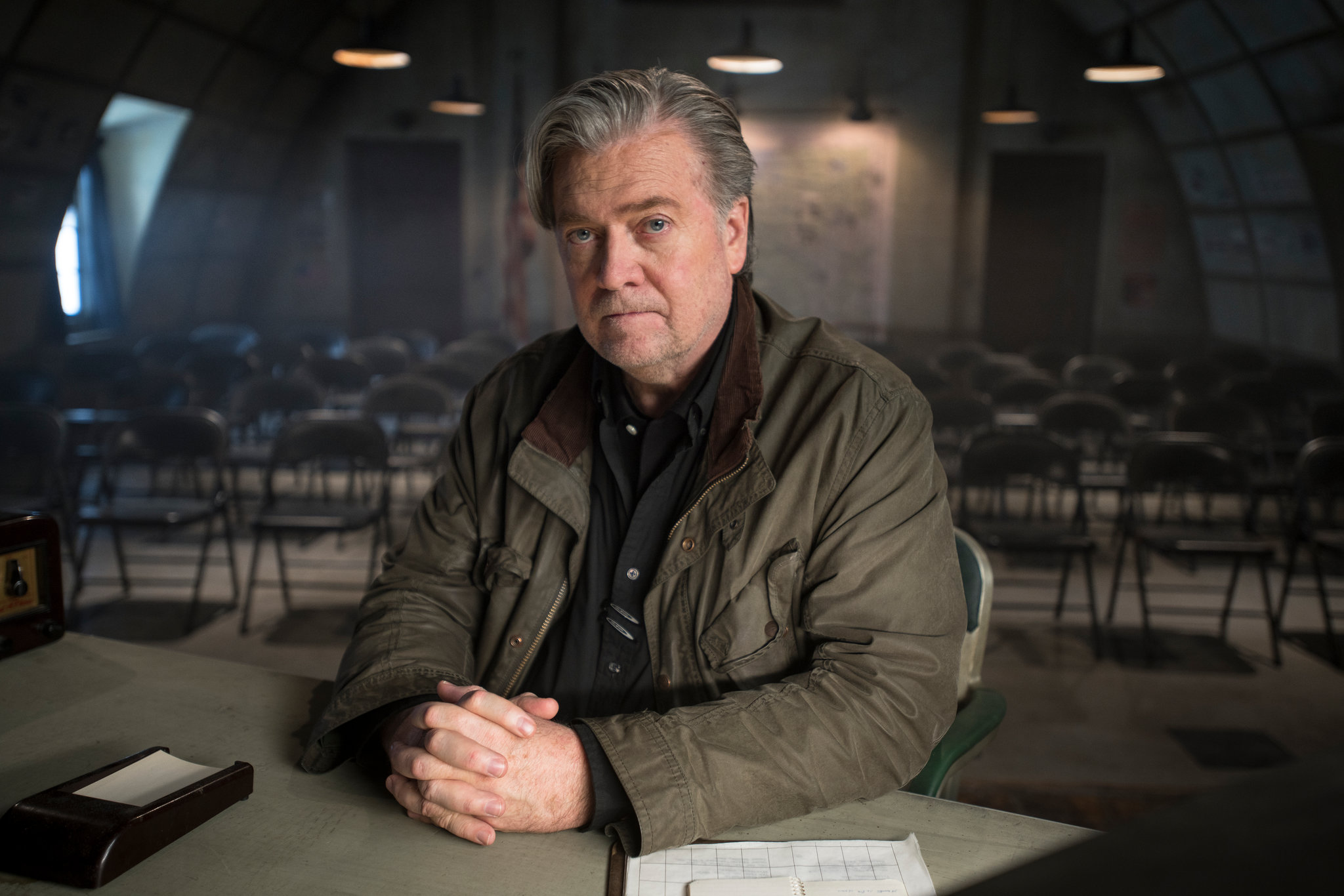 WATCH THE TRAILER     WATCH AN INTERVIEW WITH THE FILMMAKER

No stranger to sitting down with some of the most controversial figures of our time, Morris trains his lens on Stephen K.​ Bannon, former Chief Strategist of the Trump administration. In their wide ranging conversation, Morris questions Bannon on his background, belief system, his worldview, his current feelings about Donald Trump, and how films such as Henry King’s Twelve O’Clock High, John Ford’s The Searchers, and Orson Welles’ Chimes at Midnight became part of Bannon’s understanding of the world. Frank and unflinching, Morris grapples with his own contention of Bannon’s ideology and methodology. With American Dharma, Morris proposes that even for those who disagree with Bannon, ignoring him is a dangerous course of action.