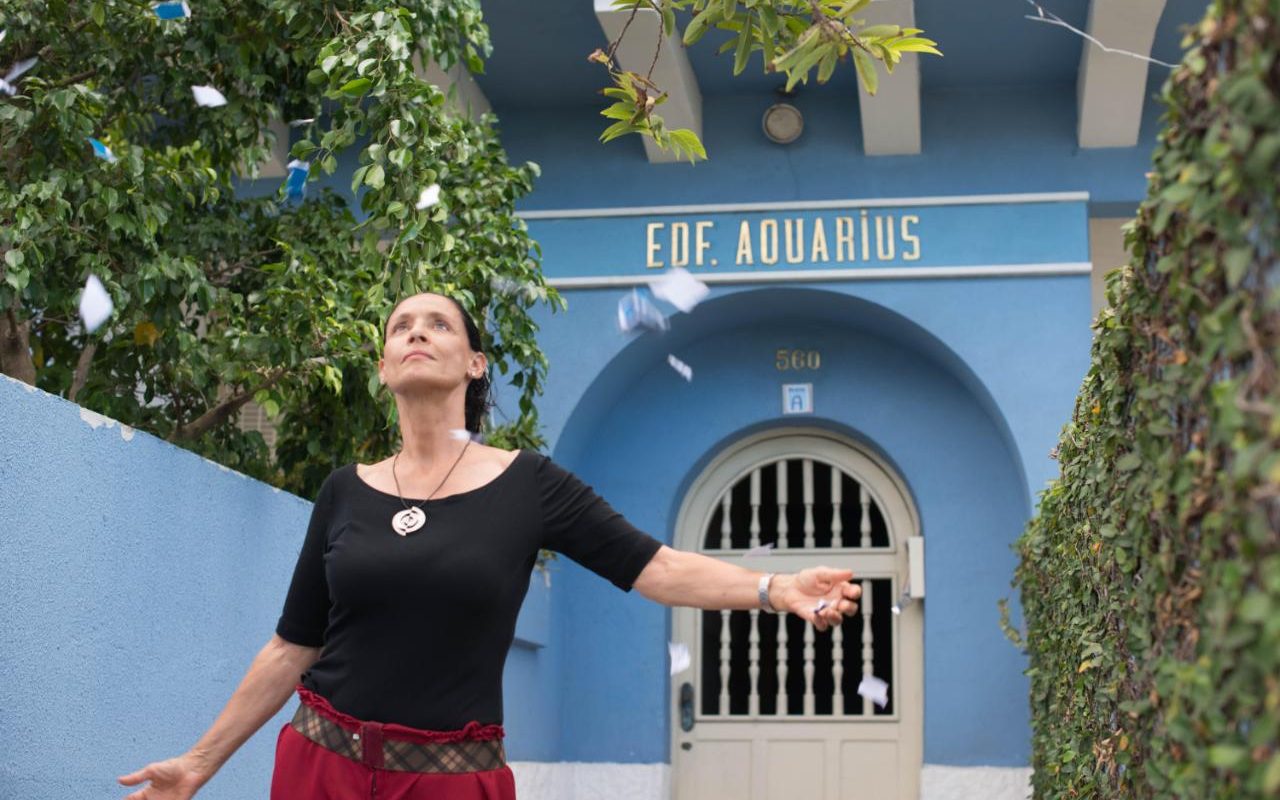 The legendary Brazilian actress Sonia Braga stars as Clara, a 65 year old widow and retired music critic. Clara came of age in the ’60s and still dances alone to her collection of vinyl records. She lives in a seaside village and is the sole remaining resident of the Aquarius.  All the neighboring apartments have already been acquired by a grasping property developer who wants to put up a skyscraper. But Clara’s apartment has a beautiful view of the ocean and it is where she raised her children. Clara vows to stay.

Aquarius is the second feature film by Kleber Mendonça Filho; some of you saw his first film, Neighboring Sounds, when we screened it in 2012. Sonia Braga was the star of several South American art-house hits in the 70s and 80s, most notably  Dona Flor and Her Two Husbands and The Kiss of the Spider Woman.    Brazil / 2 hrs, 22 min

“Sonia Braga is a living embodiment of the glories of Brazilian cinema and Aquarius is a marvelous and surprising act of portraiture; it is a captivating film, an experience well worth seeking out. Aquarius has become a rallying point for the embattled Brazilian left, but even viewers with scant knowledge of the situation in that country will be aware of the film’s timeliness, which is less a matter of ideology than of sensibility. Clara represents values that look, in the current climate, decidedly old-fashioned. She is a warrior for aesthetic distinction, for critical thought, for sexual and creative liberty — for things that cannot be bought, sold or indexed. And she is not someone you want to go up against in a fight.”   – A. O. Scott, The New York Times

Sonia Braga’s performance is exactly the kind of late-career showcase you might wish all your favorite underutilized actors would receive. She anchors almost every scene across a 142-minute runtime that can’t hope to contain her immense talent. -The Village Voice

Aquarius will make you want to move to Brazil. -The Telegraph

Here is an interview with Sonia Braga that appeared in Slant.