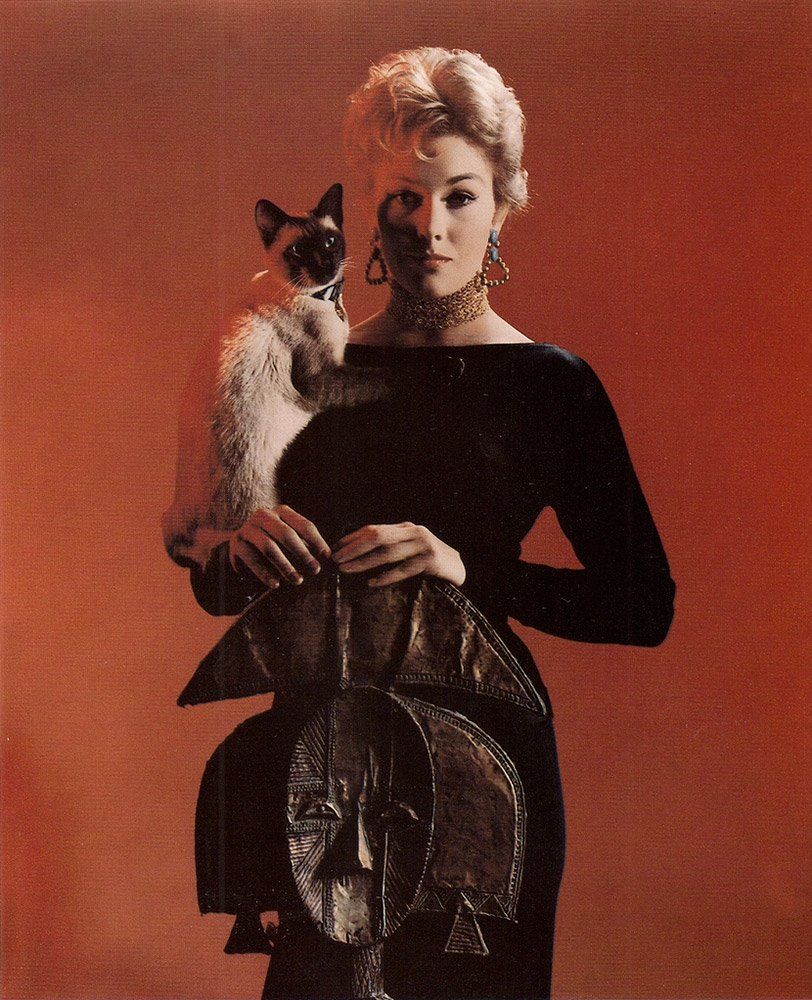 ARE YOU A CAT LOVER? Have we got the treat for you. A daylong film festival celebrating the mysterious and fantastic felines that share our lives.

Bell Book and Candle (7pm)
Kim Novak, Jimmy Stewart and Jack Lemmon star in this delightful romantic comedy about a modern-day bohemian witch living in Greenwich Village with her cat, Pyewacket, who is not just a cat but also a “familiar,” possessing supernatural powers of her own. Stewart wanders into her art gallery one night and Novak uses her supernatural powers to seduce him.   106 min / rated PG

The NY Cat Film Festival™ (2pm) is an exploration through film of the fascinating felines who share our lives, creating a shared audience experience that inspires, educates and entertains.  Cats have their own unique and indescribable bond with people – even when living independently as community cats. For far too long, felines have been the “invisible” part of the human-animal bond and it’s time to shine the spotlight on these magnificent creatures and the humans devoted to them. A portion of every ticket is donated to the Monroe County Humane Association.

These are not random internet “cat videos” – these are films which have been made with an intention, concept or story to convey something essential about cats. The films celebrate the kitties who share our world and their relationships with people, no matter where or how they live – as feral cats in a colony, or between the covers in someone’s bed.

Running Time: 2 hrs  This program of 14 short films is designed for adult audiences but can be enjoyed by all members of the family, including mature children.

Hocus Pocus (4:45)
After moving to modern-day Salem, a teenager Max Dennison (Omri Katz) explores an abandoned house and accidentally frees a coven of evil witches played by Bette Midler, Kathy Najimy and Sarah Jessica Parker. Now, with the help of a magical cat, the kids must steal the witches’ book of spells to stop them from becoming immortal. Hocus Pocus was released in 1993 and received some pretty harsh reviews but has since become a cult classic. 95 min / rated PG

You can purchase tickets here