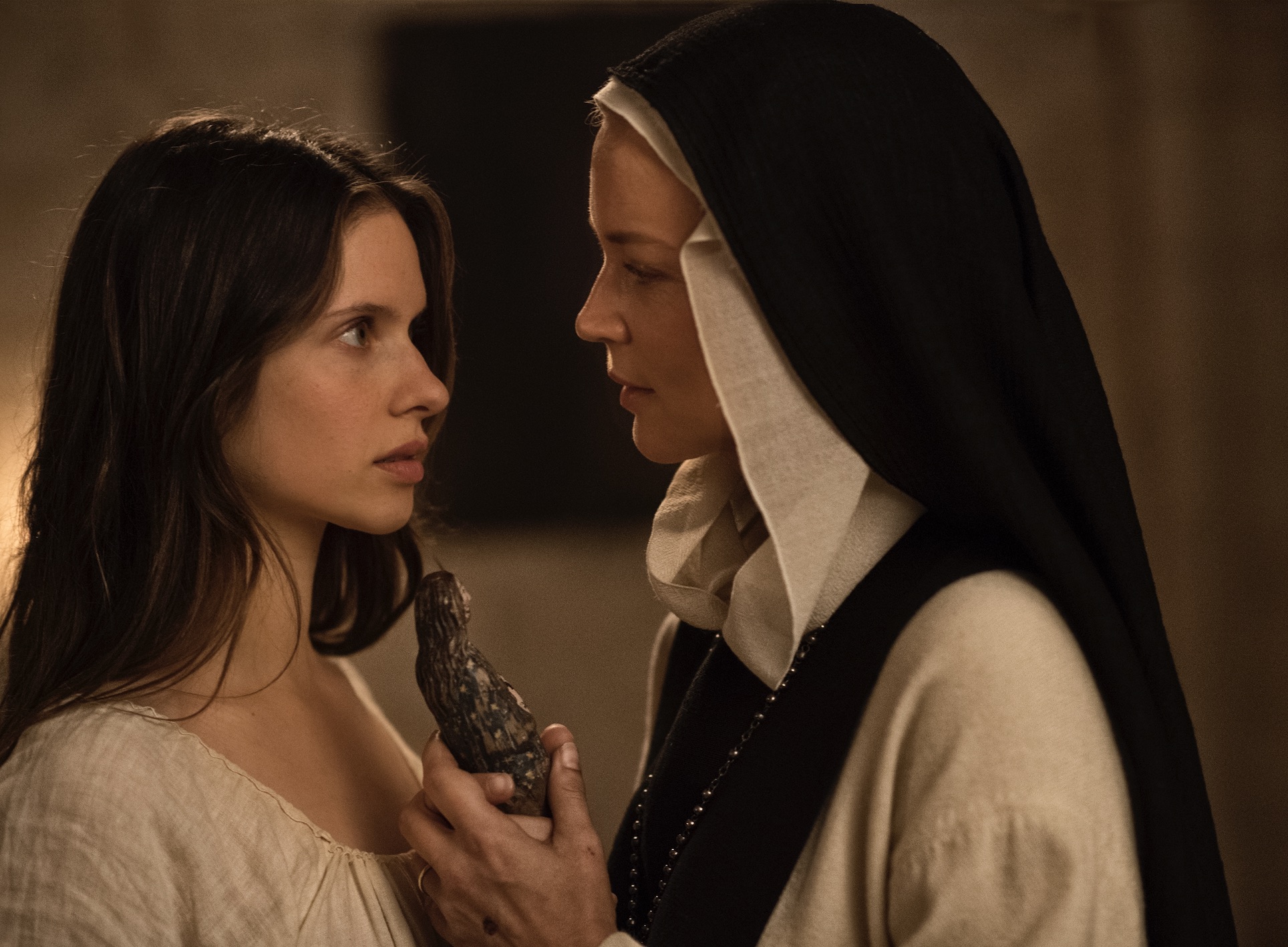 Benedetta is inspired by the true story of Benedetta Carlini, a 17th century nun who as a child in the convent was told, “You are an intelligent girl…but intelligence can be dangerous.” She believed she saw visions of Christ and in fact, came to believe she was Jesus’ bride. Her erotic desires resulted in a forbidden love affair with another woman. Wildly entertaining, Benedetta is directed by Dutch auteur/provocateur Paul Verhoeven (best known in the States for RoboCop and Basic Instinct) in his signature salacious style, featuring standout performances from Virginie Efira as the title character and Charlotte Rampling as the stoic, conflicted Mother Abbess. 2021 • France/Belgium/Netherlands • 141 min

Verhoeven brings more vitality to his work than many filmmakers half his age. AN UNHOLY GOOD TIME! – The New York Times

At Cannes, in my press screening, the movie was received with shocked laughter and applause, and at the larger Lumiere screening, a five-minute standing ovation. – Vulture

A GRAND SUMMATION of all the director’s ideas about eroticism, rationality, moral ambiguity, and faith.  – RogerEbert.com

Pandemic Protocols: Filmgoers must be vaccinated and must show proof of vaccination.
Filmgoers must wear masks in the theater. Seating will be capped at 35% of capacity.