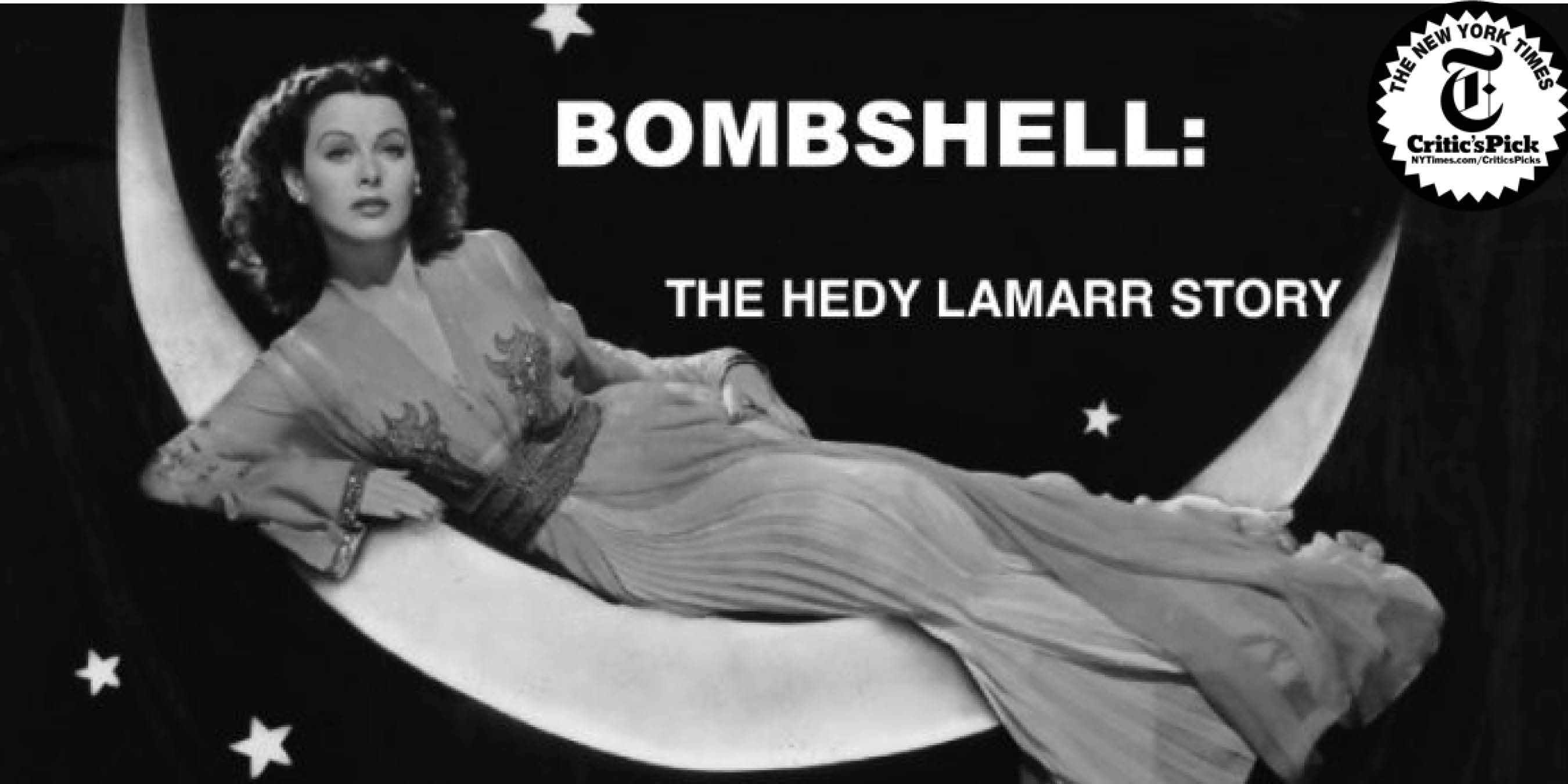 June 9: 5pm at the Buskirk-Chumley Theater

“More than just a pretty face.” That expression has never applied more aptly to anyone as it does actress Hedy Lamarr. In the 1930s and 40s, Hedy Lamarr was considered the world’s most beautiful woman. Never taken seriously in her lifetime – and manipulated by powerful men (sound familiar?) like studio mogul Louis B. Mayer  – Lamarr never got the recognition she deserved.

In her private life. Lamarr was also the inventor. She worked on secret projects for the military during World War II and invented “frequency hopping,” which was used by the U.S. Navy to make torpedoes radio-controlled and unjammable by their targets. Today, her research is the basis for that smart phone that you just might be reading this on.

Alexendra Dean relates Lamarr’s ventures with savvy and narrative snap, fluidly marshaling a mix of original interviews and archival material that includes film clips and home movies….At home Lamarr had an inventing table. Howard Hughes gave her a small version of this setup that was kept in the trailer she used while shooting films. Hughes also lent her a few of his chemists for one of her projects; for her part, Lamarr counseled him on a plane design. – The New York Times

June 9 at the Buskirk-Chumley Theater