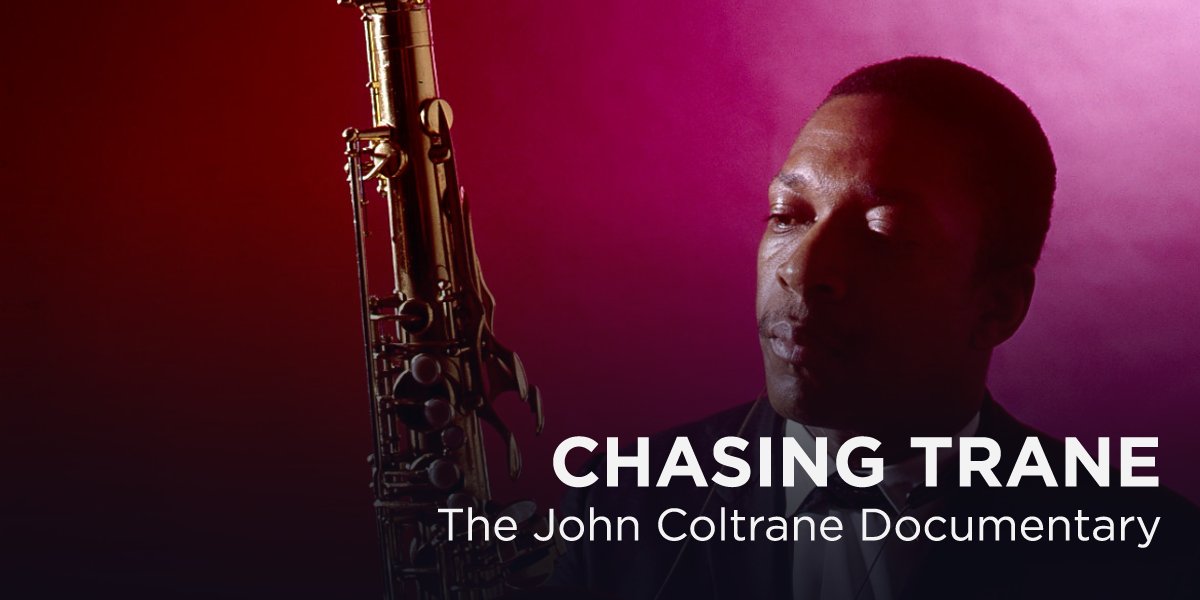 Chasing Trane traces the great saxophonist/composer’s career from his hardscrabble childhood in North Carolina and Philadelphia to his days playing with Miles Davis, Thelonious Monk and others. The film features never-before-seen Coltrane family home movies, footage of John Coltrane and band in the studio (discovered in a California garage), along with hundreds of never-before-seen photographs and rare television appearances from around the world. Coltrane’s incredible story is told by the musicians that worked with him (Sonny Rollins, McCoy Tyner, Benny Golson, Jimmy Heath, Reggie Workman), musicians that have been inspired by his fearless artistry and creative vision (John Densmore, Wynton Marsalis, Carlos Santana, Wayne Shorter, Kamasi Washington), and many others. Coltrane died at the age of 40. Bill Clinton perhaps sums up his life best when he says, “He kind of did everything Picasso did, in about 50 years less time.”

Some of you have seen John Scheinfeld’s earlier documentaries at Ryder (The US vs. John Lennon, Who is Harry Nilsson?)  99 min

CHASING TRANE IS PRESENTED IN PART BY JAZZ FABLES