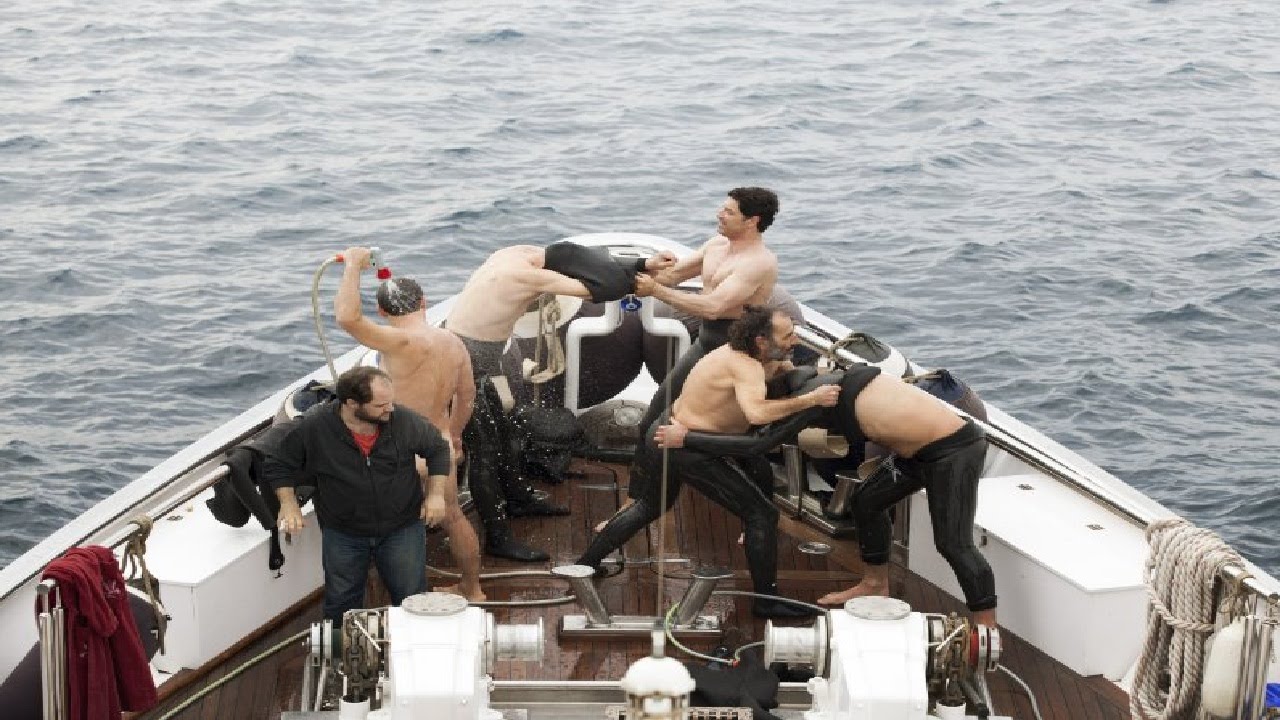 September 23-October 8 ♦  Scroll down for times and locations

No, these are not Olympic swimmers, but they do compete with all of the zeal and determination of Olympic athletes.

In the middle of the Aegean Sea, six men on a fishing trip on a luxury yacht decide to play a game that will determine which of them is the best. They will challenge and grade each other on everything. There are singing and cleaning competitions. A contest in polishing silverware?–this might sound silly to you but the contestants approach it with absolute seriousness. Other competitions include who has the best ringtone, the best cholesterol level, and the best erection. The men (and we use this designation loosely) sneak into each others bedrooms to determine who snores the best, all the while engaging in philosophical discussions about what constitutes “the best.”

Rising international filmmaker Athina Rachel Tsangari balances anthropological precision with a wry and wholly original sense of humor — this loony maritime psychodrama becomes both funnier and richer in its implications as it progresses. What begins as a lampoon of bourgeois machismo and male anxiety develops into an incisive allegory for the state of contemporary Greece, and leaves a final impression as an empathetic, razor-sharp study of human nature itself.

Tsangari is a former Austin resident and instructor at UT. She worked on several of Richard Linklater’s films, co-producing and acting in Before Midnight (filmed in Greece), And she was the associate producer on Yorgos Lanthimos’ multi-award-winning Dogtooth. Efthymis Filippou, co-writer of Lanthimos’ current arthouse hit, The Lobster, was also Tsangari’s co-writer on Chevalier. This filmmaking trio is responsible for some of the more original and entertaining films in recent years.