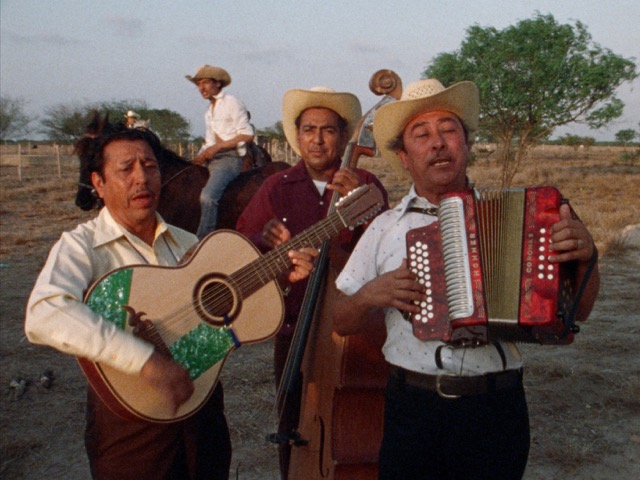 Les Blank was one of America’s keenest documentarians: a cine-poet of regional musical traditions — blues, Cajun, Appalachian, Creole, Hawaiian and more. These new, 4k restorations of two of his films are a zesty introduction to Norteña music and culture that exists along the Texas-Mexican border. The films celebrate pioneering figures like Narciso Martínez and Lydia Mendoza as well as then-current performers like Flaco Jiménez and Los Pingüinos del Norte. The simple, moving poetry of the Spanish lyrics is spelled out in the subtitles.

Chulas Fronteras features a rich soundtrack of songs about unrequited loves and migrant struggles. The music is a fusion of traditional Mexican harmonies, German dancehall rhythms and a little something extra. From soulful, lively dance tunes to political work songs, música Norteña has evolved since the turn of the 20th century into a unique Mexican-American hybrid. Blank links the music’s spirit and vitality to the strong family bonds of Tejanos. The plight of migrant workers adds a sobering backbeat to this joyous film.

For this effort, Blank teamed up with Chris Strachwitz, a producer who specialized in collecting and distributing Norteño records. They made the film to alert English speakers of music as distinctly American and unique as jazz or the blues.

Selected for The Library Of Congress, National Film Registry of motion pictures, to be preserved in perpetuity.

(Straight From the Heart)

A lyrical journey through the heart of Chicano culture as reflected in the love songs of the Tex-Mex Norteña music tradition, constructed from outtakes from Chulas Fronteras and brought to life by long time collaborator of Les Blank’s, Maureen Gosling.