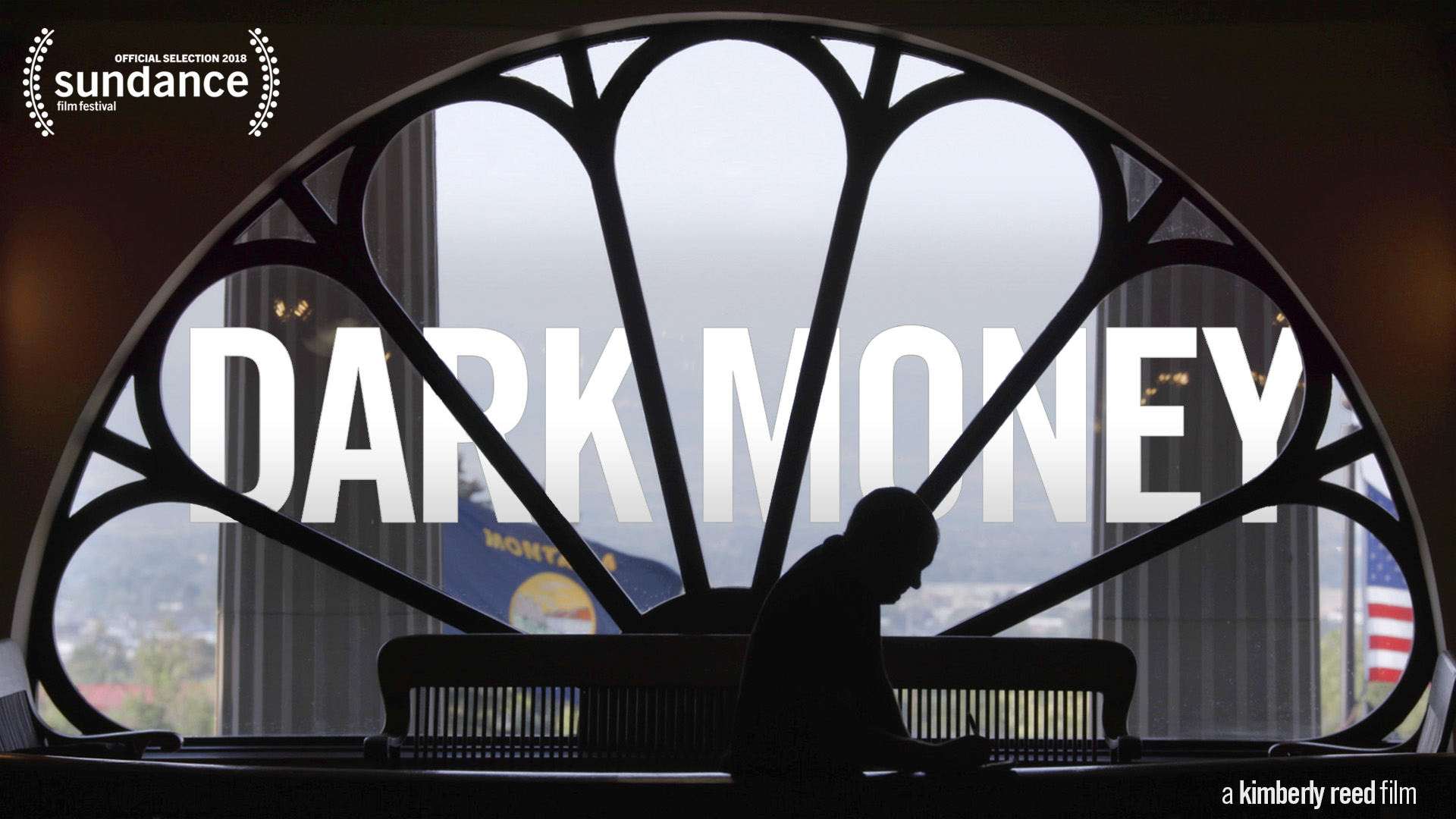 DARK MONEY, a political thriller, examines one of the greatest present threats to American democracy: the influence of untraceable corporate money on our elections and elected officials. The film takes viewers to Montana—a frontline in the fight to preserve fair elections nationwide—to follow an intrepid local journalist working to expose the real-life impacts of the US Supreme Court’s Citizens United decision. Through this gripping story, DARK MONEY uncovers the shocking and vital truth of how American elections are bought and sold. This Sundance award-winning documentary is directed/produced by Kimberly Reed (PRODIGAL SONS) and produced by Katy Chevigny (E-TEAM). 99 min

presented in part by the League of Women Voters Bloomington-Monroe County and Reverse Citizen’s United.

Dark Money is a smart, scary political documentary that feels like a thriller – Entertainment Weekly

Dark Money should set off warning bells for even those who believe that the Citizens United decision, equating corporations with people and money with speech, was a First Amendment victory for free speech. Without a determination of where the unlimited dark money is ultimately coming from, the risk of covert influence of foreign money in our elections is ever-present. -Christian Science Monitor