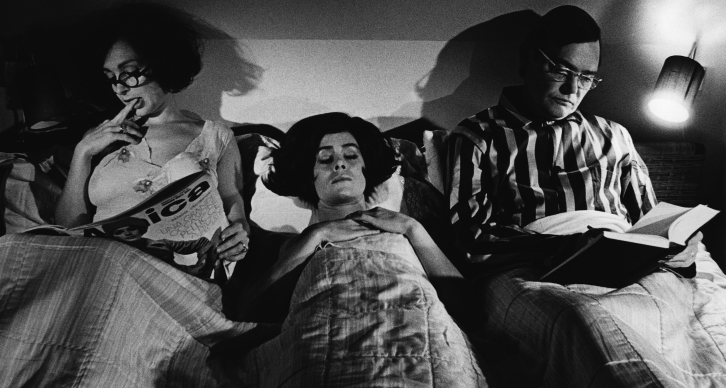 Essayist, novelist, critic, cinephile, and all-around intellectual dynamo Susan Sontag was one of the most important writers and thinkers of the 20th century. She made her directorial debut with the dark comedy Duet For Cannibals.

An arrogant ex-revolutionist German intellectual exile, his elegant wife, their Swedish student secretary, and the earnest secretary’s bride-to-be engage in a round of gamesmanship and partner-swapping.  Made in 1969, this 50th anniversary 4K restoration is both an illustrative companion to Sontag’s criticism, and an introduction of a startlingly original filmmaker. (105 min)