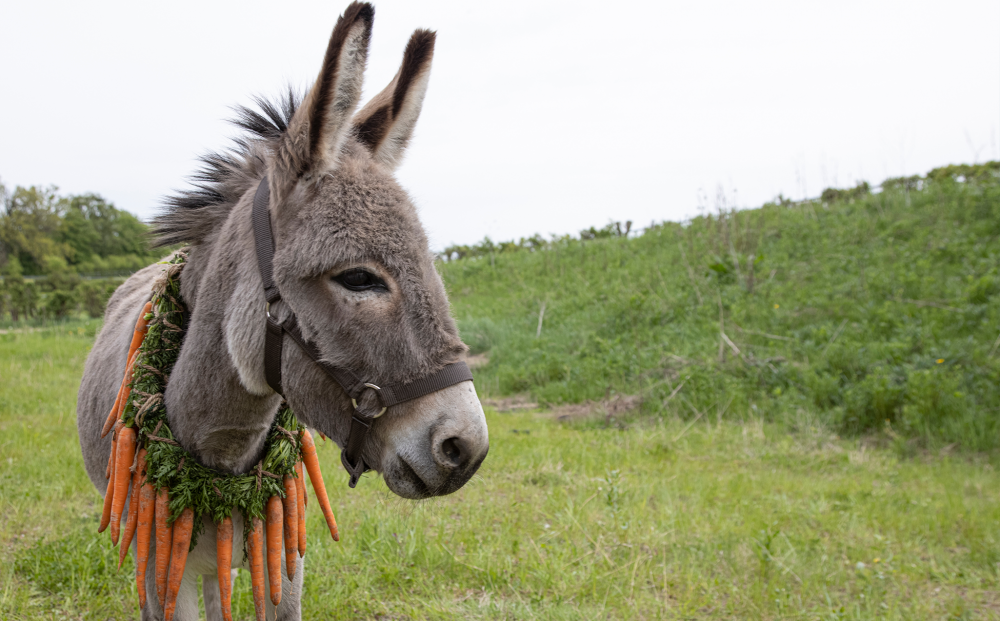 Shortlisted for the 2023 Academy Award® for International Feature Film.

#1 Film of the Year – Manohla Dargis, The New York Times

This immersive drama by 84-year-old Polish filmmaker Jerzy Skolimowski (Deep End, The Shout, Moonlighting) – is a visually spectacular, often surreal odyssey of a winsome, nomadic donkey named EO (played by six different Polish and Sardinian donkeys). This long, strange trip begins in a Polish circus where EO is adored (and liberated by animal rights activists), moves on to a horse farm (from which he escapes), after which he briefly becomes the mascot of a soccer team. The world experienced through the animal’s eyes is at times cruel, loving, random, dreamy, chaotic, or idyllic. Surprisingly, Isabelle Huppert makes an appearance as The Countess in a palatial Italian villa where the donkey briefly sojourns. EO’s journey speaks to the world around us, an equine hero boldly pointing out societal ills all while on a quest for freedom. (in Polish, Italian and French with subtitles)

EO IS FUNDED IN PART BY THE IU POLISH STUDIES CENTER

Now 84, Jerzy Skolimowski has made one of the rare movies that speak to life’s most essential questions, and he’s done so with the ecstatic vision and fearlessness of a cinematic genius who seems as if he’s just getting started. Wild, boldly expressionistic… NO MOVIE THAT I’VE SEEN THIS YEAR HAS MOVED ME SO DEEPLY, made me feel as optimistic about cinema or engaged me with such intellectual vigor as EO, whose octogenarian genius auteur and all the donkeys who play EO — Hola, Tako, Marietta, Ettore, Rocco and Mela — deserve all the love and the carrots, too. – Manohla Dargis, The New York Times

EO’s personality shines thanks to Skolimowski’s daringly imaginative depictions, both visual and emotional, of the donkey’s point of view. – Richard Brody, The New Yorker

A FLAMBOYANT, VISIONARY WORK. The wildest, youngest film in the Cannes lineup was made by an 84-year-old director up for anything. – Jonathan Romney, Film Comment