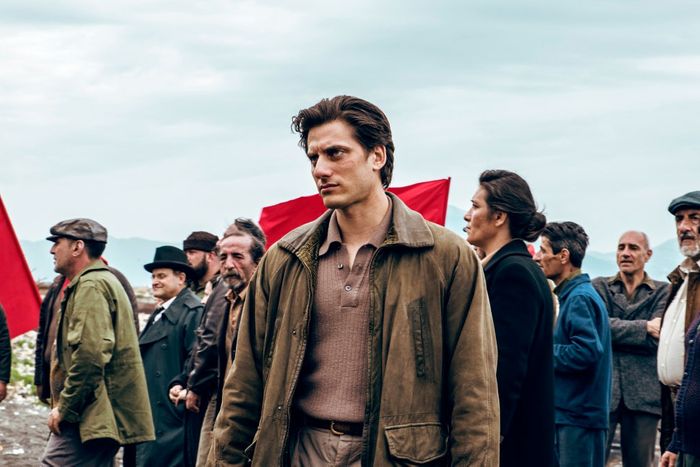 Based on the 1909 autobiographical novel by Jack London, young Martin Eden is a charming, impoverished, self-taught sailor who dreams of becoming a writer. If he becomes a success, he believes, he might win the affections of a young, wealthy university student. Starring Luca Marinelli. Directed by Pietro Marcello. (2020 / Italy / subtitled / 129 min)

Martin Eden might be the BEST FILM OF THE YEAR! The film is a masterpiece, so you should see it any way you can. But it’s also nice to know that even by viewing it at home you can help out a struggling, indispensable [theater].” – Vulture

CRITIC’S PICK! An INGENIOUS adaptation of the Jack London novel. The true miracle of this film is how Marcello translates London’s lush, character-revealing prose into pure cinema.The entirety of the 20th century — its promises, illusions and traumas — sweeps through the AUDACIOUS and THRILLING Martin Eden. – The New York Times

One of the most thrilling aspects of the novel is how well it dramatizes Martin’s intellectual hunger, as he becomes a voracious reader and, in time, a writer. It’s not easy for a movie to depict the acquisition of knowledge, but this one comes as close as any I’ve seen. Sometimes Martin Eden evokes Italian neorealism, and sometimes it has the mad stylistic energy of the French New Wave. There’s no denying that THIS GORGEOUS AND PASSIONATE FILM IS SIMPLY ONE OF A KIND. – NPR