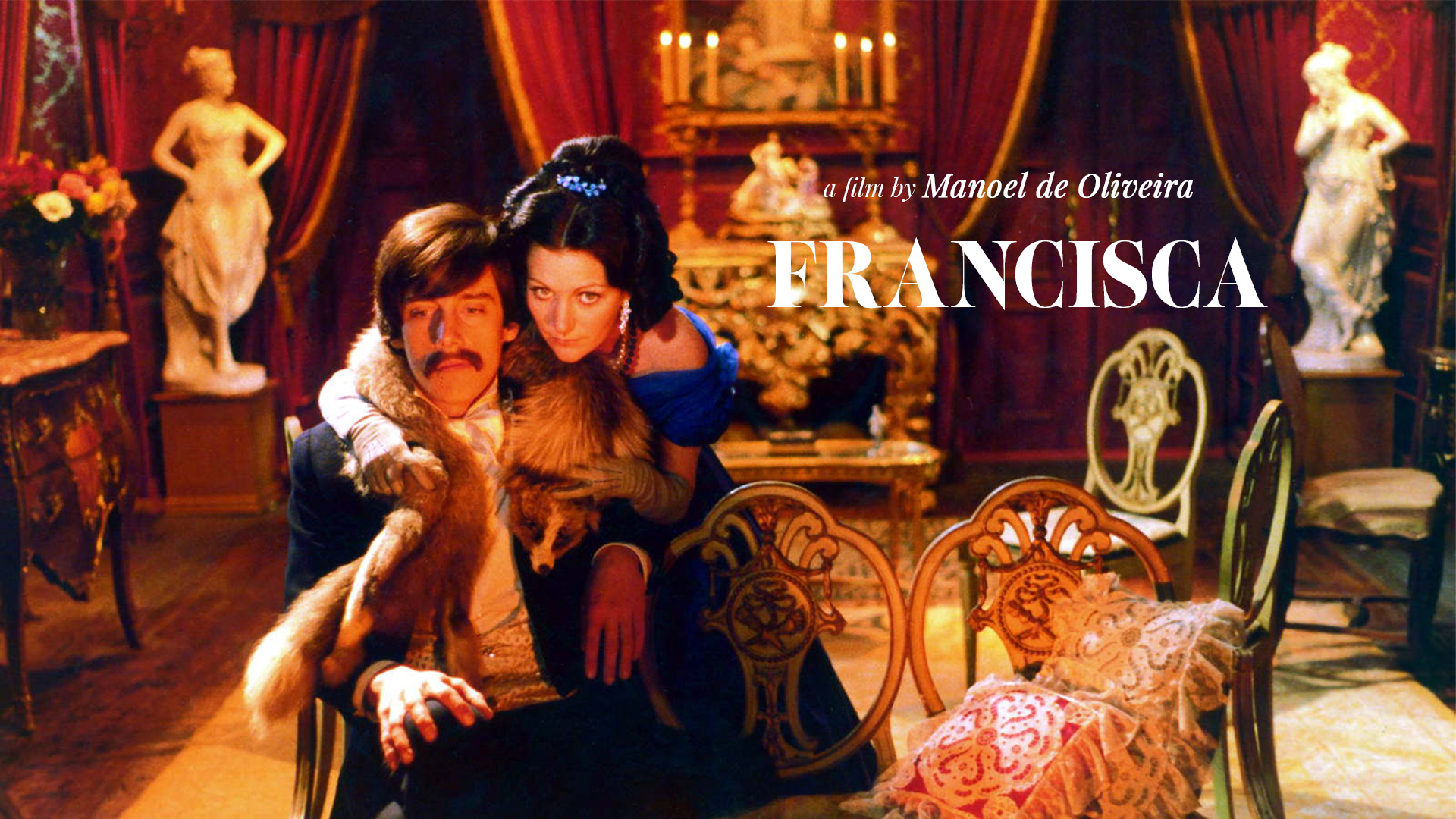 A rising young novelist falls in love with the daughter of an English army officer. Portuguese filmmaker Manoel de Oliveira made this amazing film in 1981, at the age of 72; as powerful as it is stark, it suggests a blending of the modernist, minimalist techniques of Jean-Marie Straub with the elusive spiritual subject matter of Max Ophuls. With its elaborate title cards, its abundance of shots in which the action is oriented directly toward the camera, its evocative interiors, and its show-stopping gala set-pieces, Francisca is an exacting, sumptuous and utterly inimitable cinematic experience, and one of Oliveira’s crowning achievements. (Portugal / subtitled / 166 min)

Francisca premiered in 1981 as an official selection in Director’s Fortnight at Cannes. The new 4K digital restoration by the Cinemateca Portuguesa premiered at the 76th Venice Film Festival in 2019.

co-feature: If you are a fan of movies about aspiring writers, you might also want to watch Martin Eden

A masterpiece of modern cinema!  A story of great subtlety, density, and emotional impact. – Dave Kehr, When Movies Mattered

Thank you! To everyone who helped make our GoFundMe campaign a success. Your contributions will allow us to publish The Ryder magazine and continue the Film Series into the spring.