from Israel: God of the Piano 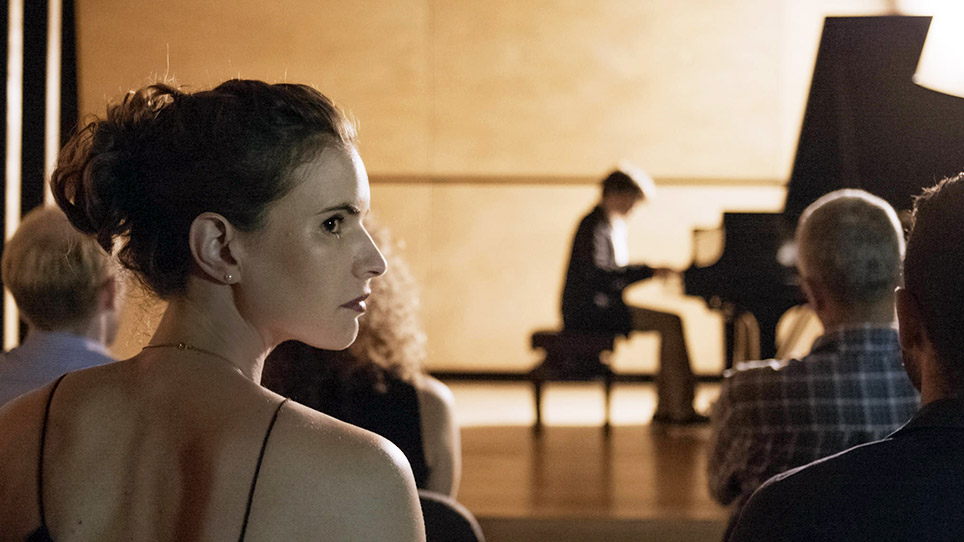 You can watch God of the Piano right here, right now. We hope you enjoy the film

A Greek tragedy set in contemporary Israel, God of the Piano is the story of a concert pianist from a respected musical family who has never been able to live up to her father’s stratospheric expectations. When she becomes pregnant, she transfers her hope of being a musical prodigy onto her child. She is devastated when her son is born deaf, but she doubles down on her dream, obsessively grooming him for stardom. But as the young pianist grows up, his lack of respect for his grandfather becomes an obstacle to his career. This beautifully composed film has the pacing of a thriller. (Israel / 80 minutes)

“CRITIC’S PICK! Tal’s style has a simultaneous simplicity and density that has an affinity with the works of Lucrecia Martel and Michael Haneke. Rarely does a debut feature showcase a talent so fully formed. This is a remarkably potent film.” – Glenn Kenny, The New York Times