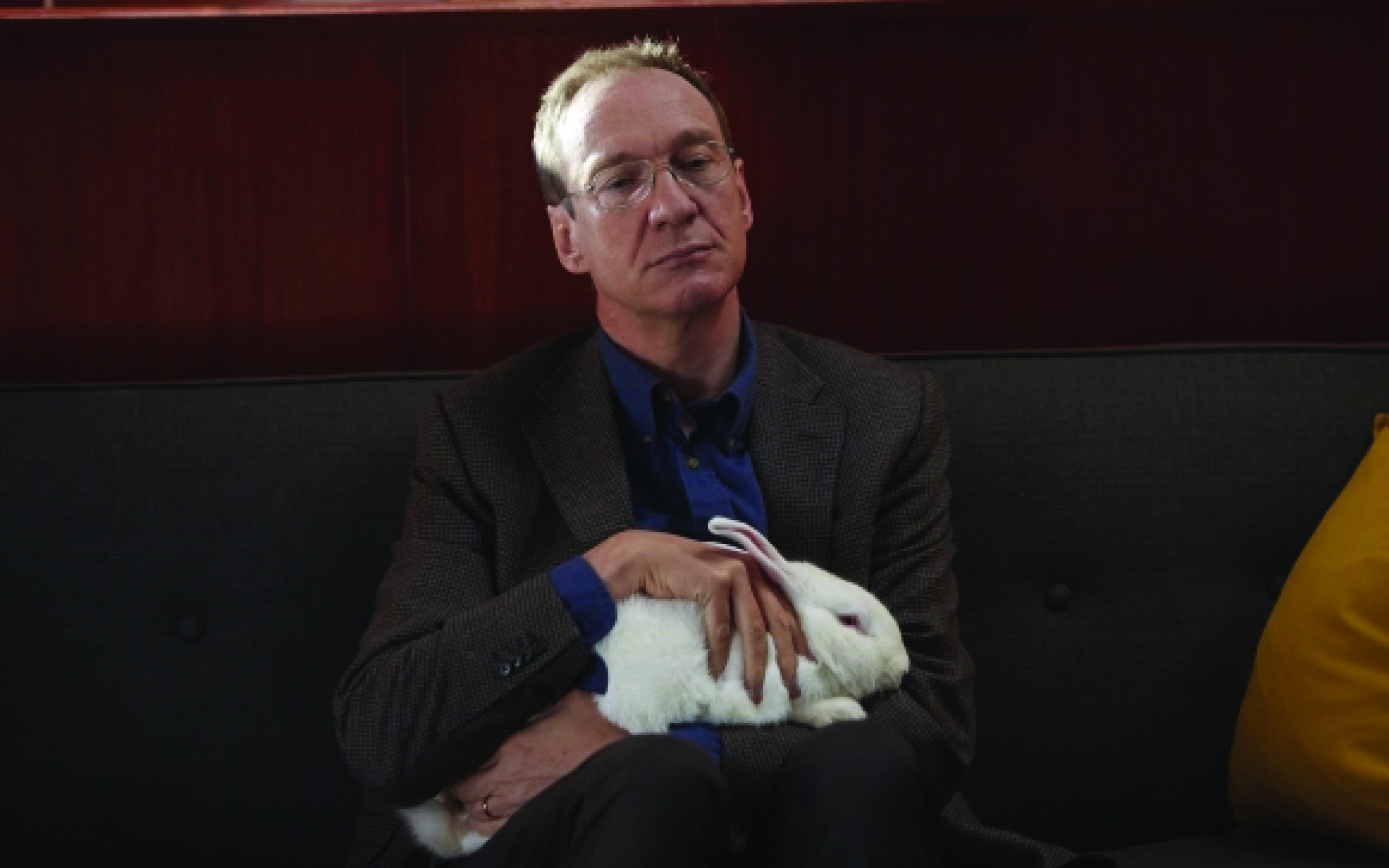 You can watch Guest of Honour right here, right now

Canadian filmmaker Atom Egoyan (Family Viewing, The Sweet Hereafter) returns with the astonishing Guest of Honour, a characteristically psychologically nuanced drama that also delivers a succession of twists that strike like a flurry of gut punches.

A Toronto health inspector, spends his days frequenting family-owned restaurants and wielding the power to shutter their dreams at the slightest provocation. But serving as a guardian angel for unsuspecting diners can’t begin to ease the conscience of this deeply conflicted man. His adult daughter, Veronica (Laysla De Oliveira), is incarcerated for a crime she clearly didn’t commit. And, yet, she insists that she deserves to remain imprisoned for other transgressions for which she cannot forgive herself.

David Thewlis gives an extraordinary performance as the conflicted health inspector with a fondness for rabbits. We become so enraptured delving into the dark histories of these beautifully rendered characters, with their emotional wounds and ill-advised coping mechanisms, that you’ll be forgiven if you don’t immediately notice that Egoyan has nimbly interwoven multiple timelines into an enthralling narrative whole that’s punctuated by one of the finest scenes of both his and Thewlis’ storied careers.

Above all, Guest of Honour serves as a haunting reminder that our memories not only offer us the opportunity to become storytellers – they also threaten to turn us into unreliable narrators as well. (Canada/105 min)