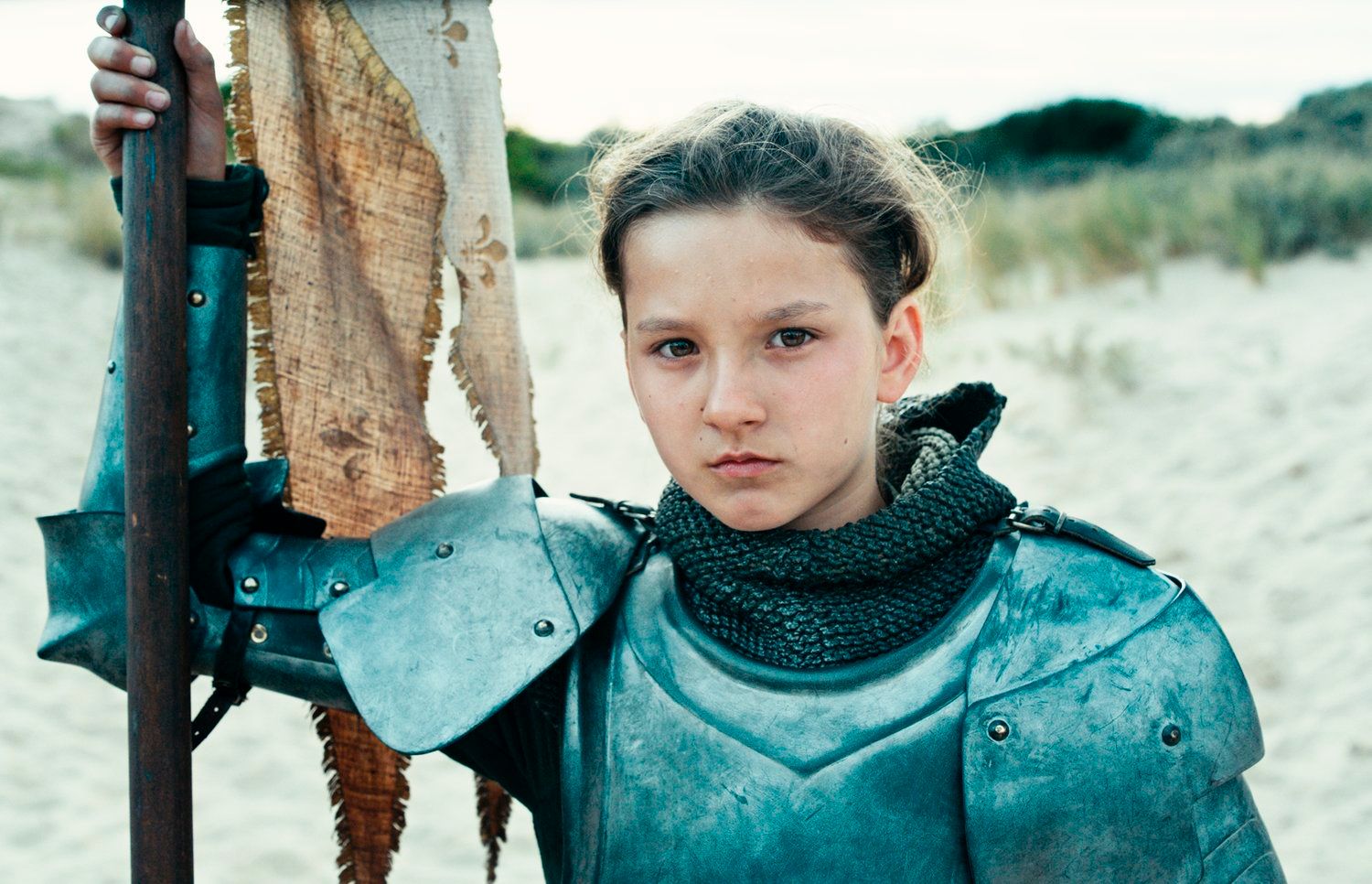 In the 15th century, both France and England stake a blood claim for the French throne. Believing that God had chosen her, the young Joan leads the army of the King of France. When she is captured, the Church sends her for trial on charges of heresy. Refusing to accept the accusations, the graceful Joan of Arc will stay true to her mission.

French filmmaker Bruno Dumont has established an international reputation as a director of eccentric, inventive arthouse cinema. Some of you saw his 2015 film, L’il Quinquin.  Joan of Arc is a sequel of sorts to Dumon’t 2018 musical, Jeanette: The Childhood of Joan of Arc (which we also showed) but is nevertheless a stand-alone film. Lise Leplat Prudhomme reprises her role as the young, singing Joan. Dumont’s decision to work with a ten-year-old actress re-injects this heroine’s timeless cause and ideology with a modernity that highlights the fervor, strength and freedom women show when shackled by patriarchal societies and archaic virile customs.

The EXTRAORDINARY Lise Leplat Prudhomme reprises her role
as the child martyr and gives (the film) a soulful centerpiece.
— IndieWire

Dumont transforms the tale into a dialectical spectacle…
—Richard Brody, The New Yorker