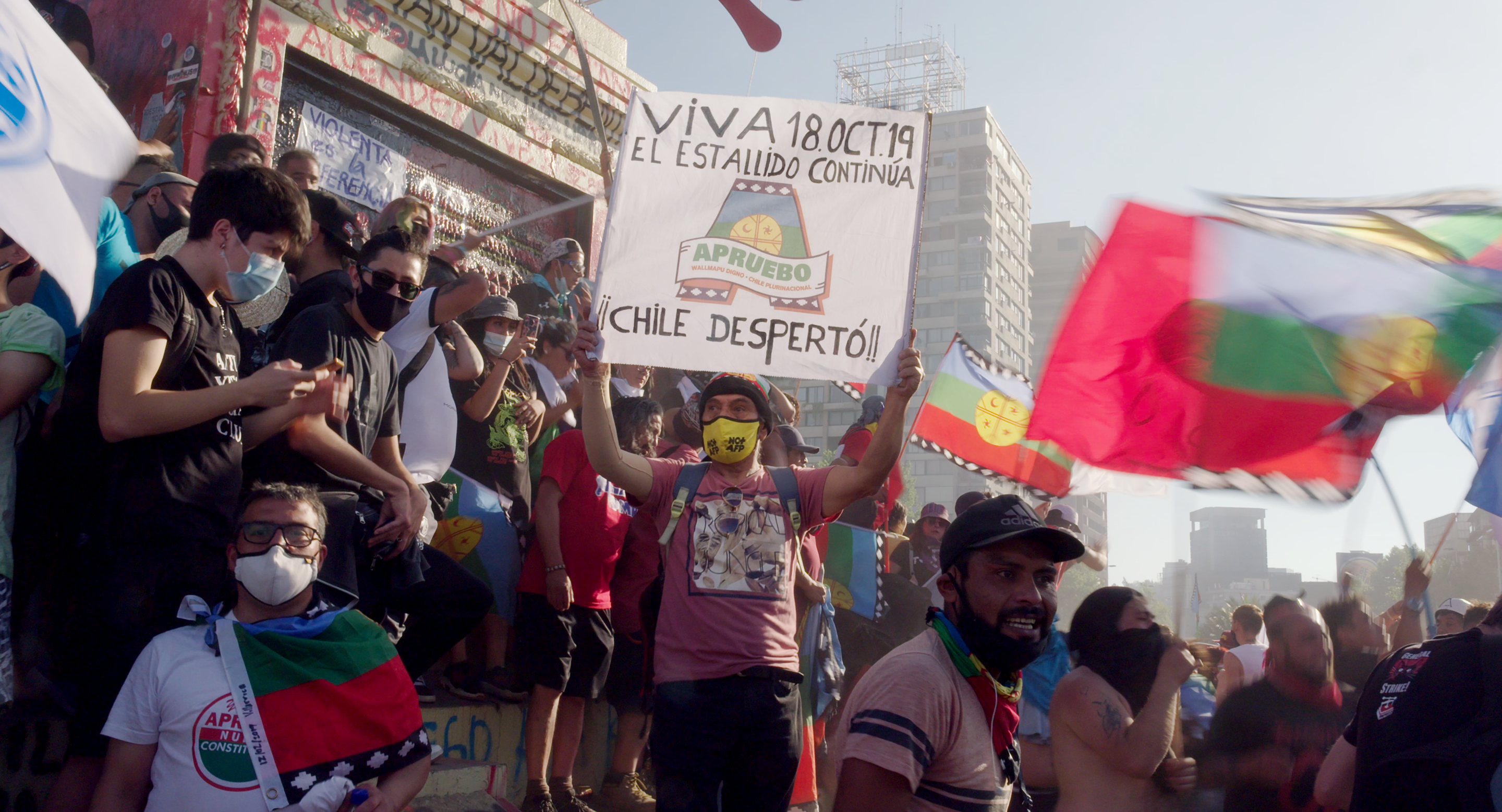 In October 2019, there was an unexpected revolution, a social explosion. One and a half million people demonstrated in the streets of Santiago for more democracy, a more dignified life, a better education, a better health system and a new Constitution. Chile had recovered its memory. The event that activist-filmmaker Patricio Guzmán had been waiting for since his student struggles in 1973 had finally materialized.

After decades in which Guzmán saw Chile turn into a sort of “huge mall with windows that didn’t show what was going on behind them,” society at large woke up to see their young turning the streets into battlefields, and the state using disproportionate force against them.

Guzmán was there when the coup against Salvador Allende took place in 1973 — his epic film depicting those events, The Battle of Chile, remains one of the most widely praised documentary films of all time, and was named “one of the 10 best political documentary films in the world” by Cineaste. My Imaginary Country offers filmgoers one of this year’s most keen and perceptive accounts of transformative events and social change happening right before our eyes. As Elisa Loncón, a Mapuche woman who presided over the Constitutional Convention states powerfully: “Marichiweu! The people won’t be defeated!”

CRITIC’S PICK! Hundreds of thousands of Chileans took to the streets.They were met with tear gas, baton charges and plastic bullets aimed at their eyes. Some fought back with cobblestones chiseled from the street, which they hurled at the police. My Imaginary Country has a resonance specific to Chile, and to the career of its director, Patricio Guzmán, now in his early 80s, who can fairly be described as Chile’s biographer, and also its cinematic conscience. He has seen events like this before. – A. O. Scott, The New York Times

It’s a vindication, not just for the nation, but for its most clear-eyed, full-hearted chronicler. Would that all countries were so lucky as to have a Patricio Guzmán, to help with the painful process of recovering what has been lost and, as with My Imaginary Country, occasionally to celebrate what has been gained. — Jessica Kiang, Variety

With civil liberties in America under attack, those willing to fight to keep the liberties we have in place could learn a thing or two from … My Imaginary Country. — Valerie Comkplex, Deadline

Despite all the sorrow from the ever-present trauma of young lives lost or permanently scarred, My Imaginary Country drips with the contagious thrill of hope… it is hard not to be moved. — Rafaela Sales Ross, The Playlist