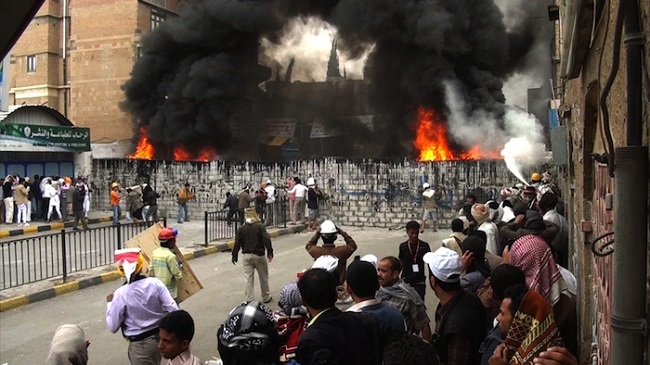 pictured above: Karama Has No Walls

On Sunday, February 23rd the Live Action and Animation programs will be screened at the Buskirk Chumley Theater but with a different ticketing structure.  Tickets can be purchased at the BCT box office or online in advance. One program would be $7, an Oscar Pass for both would be $10. Tickets at the door would be $8.50 and $12.50 respectively. You can purchase tickets in advance here . . .

At the screenings you can vote for your favorite film (or the film that you think will win the Oscar) – pick the winning film and  you will win a complimentary ticket to another Ryder movie. Eight of you will also win Dinner for Two at Farm or at the Uptown Cafe.

The five documentary nominees run a combined 3 hours and are divided into two 90 minute  programs. One $5 ticket admits you into both programs.