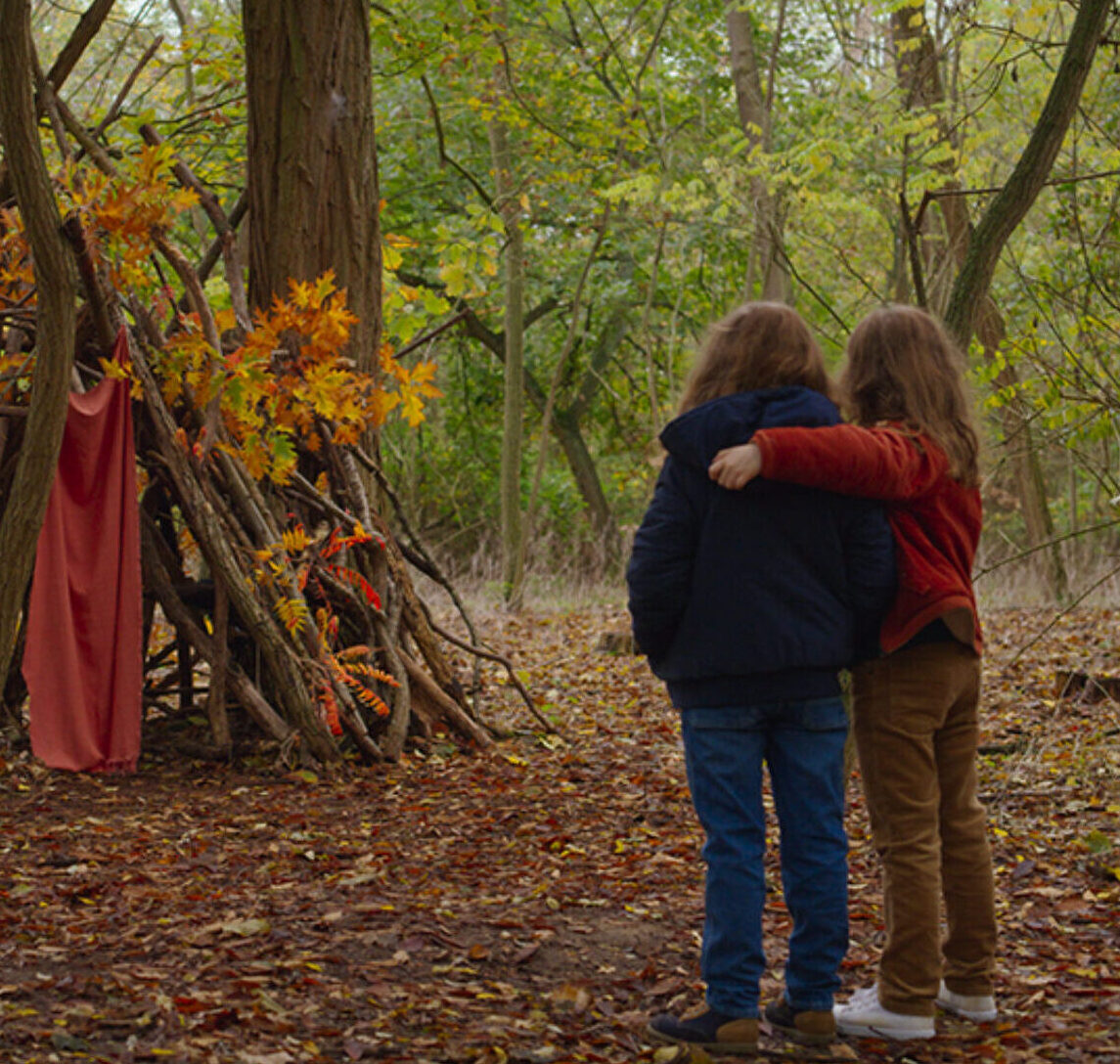 After the death of her beloved grandmother, eight-year-old Nelly meets a mysterious friend in the woods outside her grandmother’s home. The two girls look alike; they bond immediately and together they embark on a fantastical journey of discovery.

Céline Sciamma (Portrait of a Lady on Fire) proves again that she’s among the most accomplished and unpredictable of contemporary French filmmakers. She draws subtle and evocative performances from her young stars, Joséphine and Gabrielle Sanz. Petite Maman is a masterwork–a sublime, modern fairy tale where the spectral meets the everyday and time seems to fold in on itself. France • 72 minutes • Petit Maman is a co-presentation with Cicada Cinema

There is magic in French writer/director Céline Sciamma’s beautiful new film. Running just 72 minutes, this spare and gentle little film has an emotional core that feels true and authentic. -The Guardian

Petite Maman is what every film should be: powerfully, even arrestingly original; grounded in emotional truth; hyper-specific; deeply universal; strange; mesmerizing; and not a minute longer than necessary. It is, in short, a small wonder. – The Washington Post

Céline Sciamma’s luminous Petite Maman is a once-upon-a-time tale with a twist. Set in present-day France, in an isolated hamlet made for solitude and imagination, it is a story about family ties, childhood reveries and unanswerable questions. It’s also a story about finding someone who, like the final piece of a jigsaw puzzle — the piece you knew existed but just needed you to find it — completes the picture. Put differently, it is a story about love. CRITIC’S PICK! – The New York Times