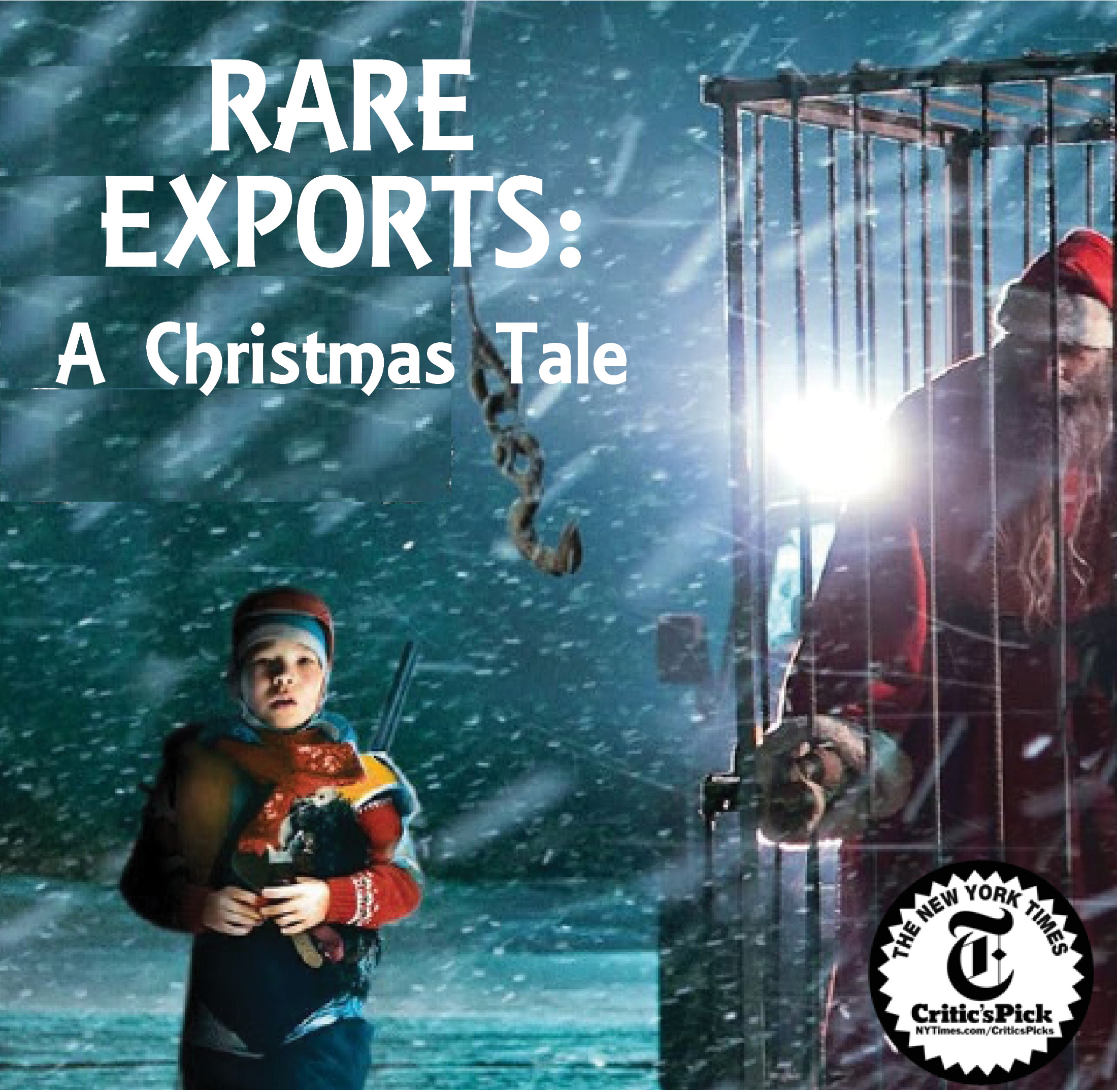 It’s the eve of Christmas in northern Finland, and an ‘archeological’ dig has just unearthed the real Santa Claus. But this particular Santa isn’t the one you want coming to town. When the local children begin mysteriously disappearing, young Pietari and his father Rauno, a reindeer hunter by trade, capture the mythological being and attempt to sell Santa to the misguided leader of the multinational corporation sponsoring the dig. Santa’s elves, however, will stop at nothing to free their fearless leader from captivity. What ensues is a wildly humorous nightmare – a fantastically bizarre polemic on modern day morality.

Critics Pick! The Santa at the center of Rare Exports: A Christmas Tale is not the sort Mommy is likely to be kissing beneath the mistletoe (or anywhere else) this year. Drawing on ancient Scandinavian mythology, Jalmari Helander’s feature debut is a thing of frigid beauty and twisted playfulness. Kids will love the diminutive, motherless hero and a plot that’s completely bonkers; adults will enjoy the exuberantly pagan images and deadpan humor. -The New York Times