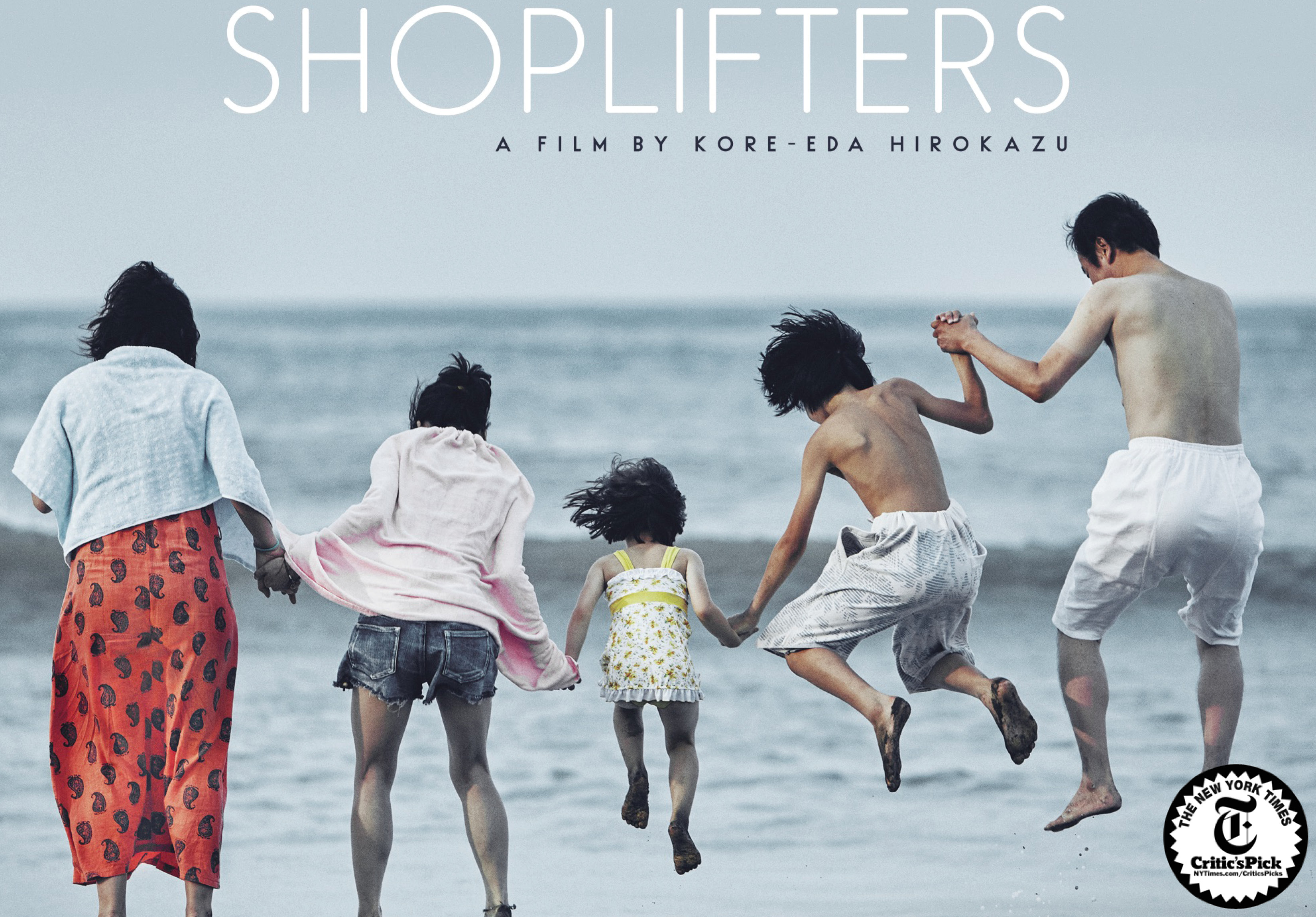 After one of their shoplifting sessions, Osamu and his son come across a little girl in the freezing cold. At first reluctant to shelter the girl, Osamu’s wife agrees to take care of her after learning of the hardships she faces. Although the family is poor, barely making enough money to survive through petty crime, they seem to live happily together until an unforeseen incident reveals hidden secrets, testing the bonds that unite them.

Directed by Hirokazu Kore-eda  We showed Kore-eda’s Nobody Knows in 2009 and After the Storm in 2017; the IU Cinema screened his film, The Third Murder, last year.
Runtime:121 min

Hirokazu Kore-eda has the sensitive, calibrated touch of a master safecracker, and he’s a virtuoso of emotional and narrative buildup. His nuanced approach and self-effacing visual style give you room to breathe and to think. Shoplifters is A BEAUTIFULLY FELT FAMILY DRAMA. -The New York Times

Tolstoy got it wrong and Shoplifters gets it right. All happy families are not the same. Hirokazu Kore-eda’s ENCHANTING, SUBVERSIVE MASTERPIECE takes on family values and bourgeois pieties through a Japanese crime family that is not what it seems. -The Wall Street Journal

**Shoplifters and Hale County are not part of the Oscar Shorts Festival – separate admission required.