Sunday at the Buskirk-Chumley Theater 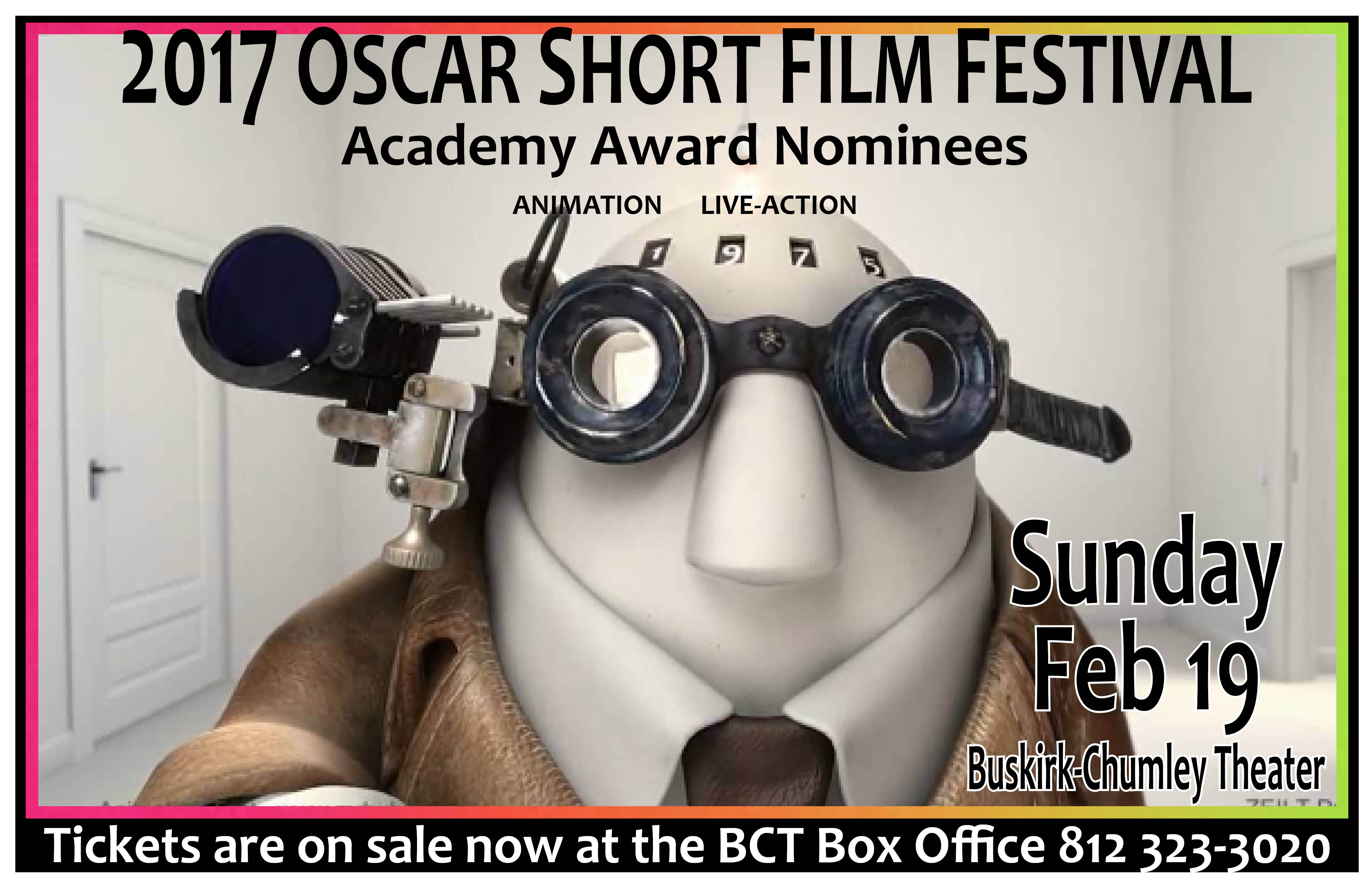 The best short films have all of the breadth, scope and resonance of feature length films. On Sunday, Feb 19th, at the Buskirk-Chumley Theater, we’ll be showing the best of the best — the 10 Academy Award nomines for Best Short Film. Five of the films are animated and five feature live actors. The Animation films will start at 2pm and again at 6:15. The Live Action films will begin at 3:45. Tickets can be purchased at the BCT box office or online in advance. One program would be $7, a BCT Pass for both would be $10. Tickets at the door would be $8.50 and $12.50 respectively. Admission is free for children 6 and under.

PURCHASE TICKETS IN ADVANCE FOR THE BUSKIRK-CHUMLEY THEATER SCREENINGS HERE

ANIMATION SHORTS 2pm and 6:15 (Running Time: 86 minutes)  the animation program  features eight films: the 5 nominees as well as 3 “bonus” animation films that were short-listed for a nomination. The first seven of these are appropriate for children of all ages – the eighth may not be. Click here for descriptions of the five nominees.

presented in part by the  LOTUS EDUCATION AND ARTS FOUNDATION  and by the  BLOOMINGTON SYMPHONY ORCHESTRA presenting “Scene Change: Music of Latin America” on March 4 at the BCT

Although it’s not a short film and not part of the Festival, we are also screening the Academy Award nominee, Fire At Sea, on Sunday at the BCT at 8pm and you can read about it here.