Sunday, Jan 27 at the Buskirk-Chumley Theater: Live Beyond Fear 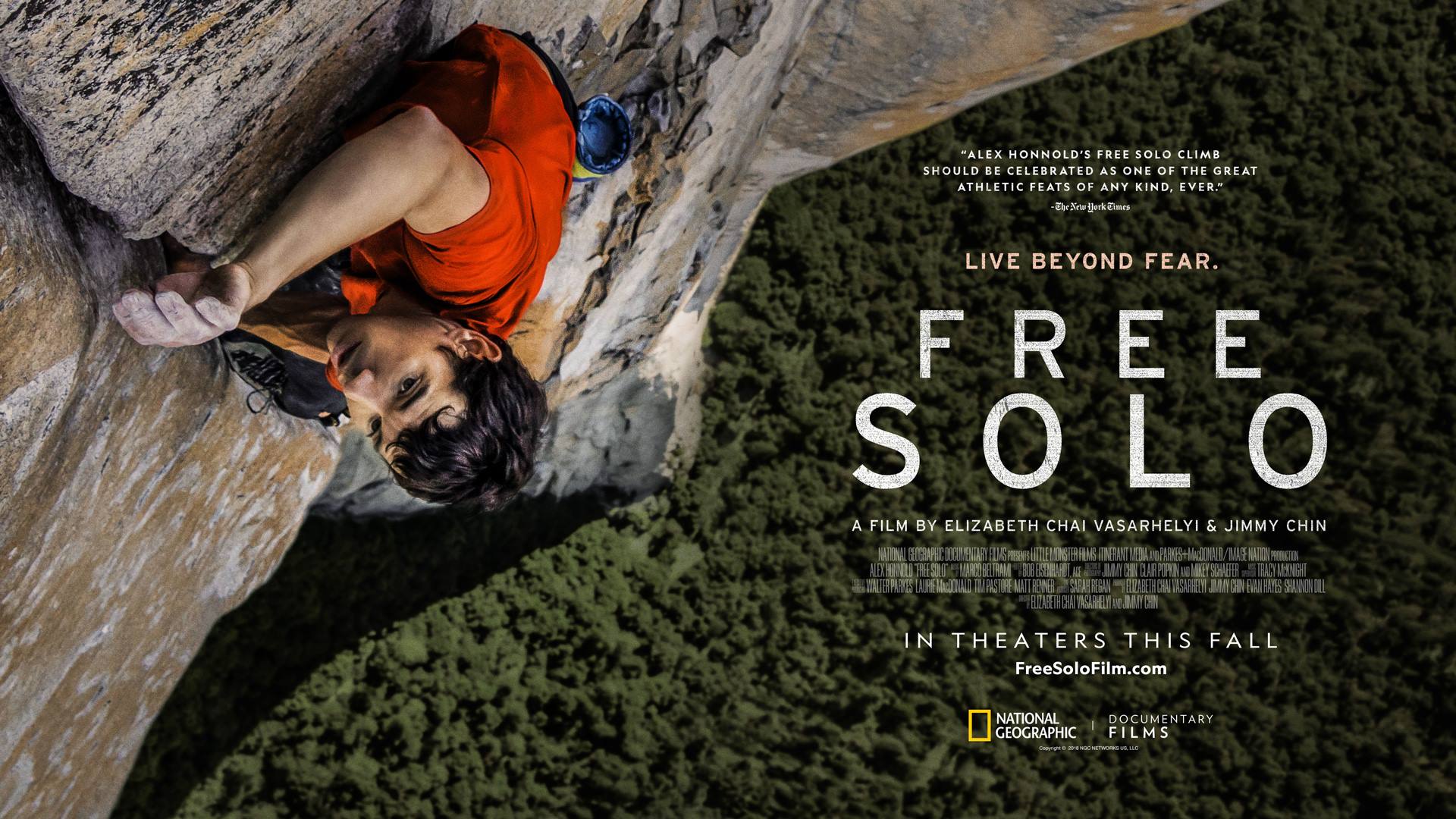 2019 Academy Award Nominee: Best Documentary Feature … A stunning, intimate and unflinching portrait of the free soloist climber Alex Honnold, as he prepares to achieve his lifelong dream: climbing the face of the world’s most famous rock…the 3,000ft El Capitan in Yosemite National Park…without a rope.

Critic’s Pick! Alex Honnold’s Free Solo climb should be celebrated as one of the great athletic feats of any kind, ever…. A miraculous opportunity for the rest of us to experience what you might call the human sublime​ -The NY Times

A​nother passage can be written in the annals of human achievement. –The New Yorker

Before the 2017 television series, there was the 1990 movie. Natasha Richardson and Faye Dunaway star in the original film, based on Margaret Atwood’s novel about religious tyranny and sexual slavery. Directed by Volker Schlöndorff (The Tin Drum), from a screenplay by English playwright Harold Pinter. Aiden Quinn and Robert DuVall co-star.

In the near future, war rages across the Republic of Gilead—formerly the United States of America—and pollution has rendered 99% of the population sterile. Captured (and separated from her daughter) while attempting to cross the Canadian border, Kate is relocated to a facility where she is trained to become a Handmaid — a concubine for one of the privileged but barren couples who rule over Gilead’s religious fundamentalist regime. (108 min)