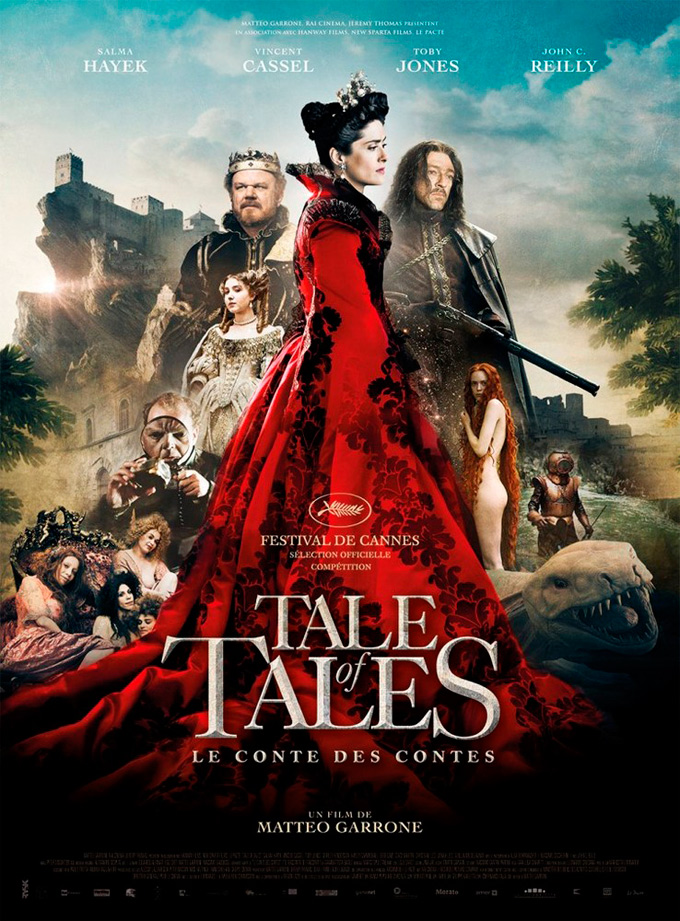 ♦ So few Italian films make it Stateside that it’s cause for celebration when a terrific one appears. –Time magazine

Based on three spellbinding stories of magic and the macabre by Neapolitan poet and courtier Giambattista Basile, Tale of Tales chronicles the (mis)adventures of three kings. Basile’s stories, written in the 1630s, influenced the Brothers Grimm and Hans Christian Andersen. Basile “was the first person to write tales like Puss in Boots and Cinderella,” explains the filmmaker. “He wrote archetypes that remain very topical.”

Overflowing with surreal, dazzling surprises, this intoxicating cinematic spectacle is a delirious excursion into the dark heart of fairy tales.

♦ Expect to be dazzled by lush cinematography, top-notch acting,

and some shocking turns. Tale of Tales is the most faithful and

totally worth a patient, focused viewing.

♦ Matteo Garrone’s Tale of Tales is fabulous in every sense. It is gloriously

internally consistent. A masterpiece of black-comic bad taste and a