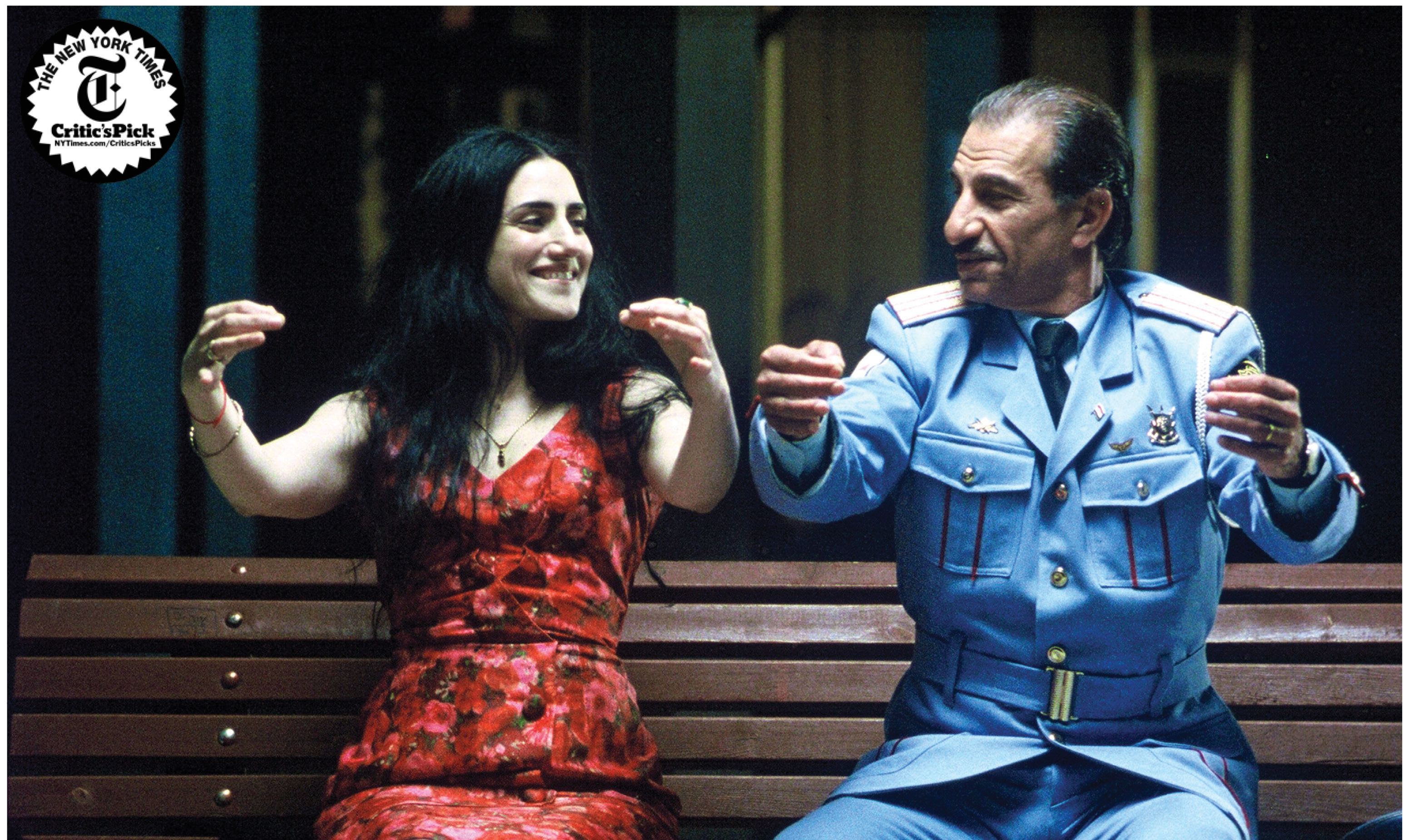 The Alexandria Ceremonial Police Orchestra arrives in Israel to play at the opening of an Arab Cultural Center. Dressed in full regalia and observing all military police protocol, the members of the orchestra are at a pivotal time in their careers. It’s not just the political nature of an Arab military police band playing traditional Arab music in Israel that makes this event so important; budget cuts and many reorganizations have threatened the continued existence of the Orchestra. Faced with the heavy burden of this assignment, the stoic conductor Tewfiq is determined not to foul their excursion. Despite all Tewfiqs efforts, it’s not long before problems arise. The band arrives at the airport with no one there to greet them. Stranded and unable able to contact their Israeli hosts or the Egyptian consulate for help, Tewfiq decides that the Orchestra will persevere with its assignment and orders, and designates Khaled, a sauve young ladies man, to ask for directions. Khaled and the station agent struggle in English, Arabic and Hebrew to communicate, but despite their best efforts, the Orchestra is sent to the outskirts of a small forgotten Israeli town in the desert.