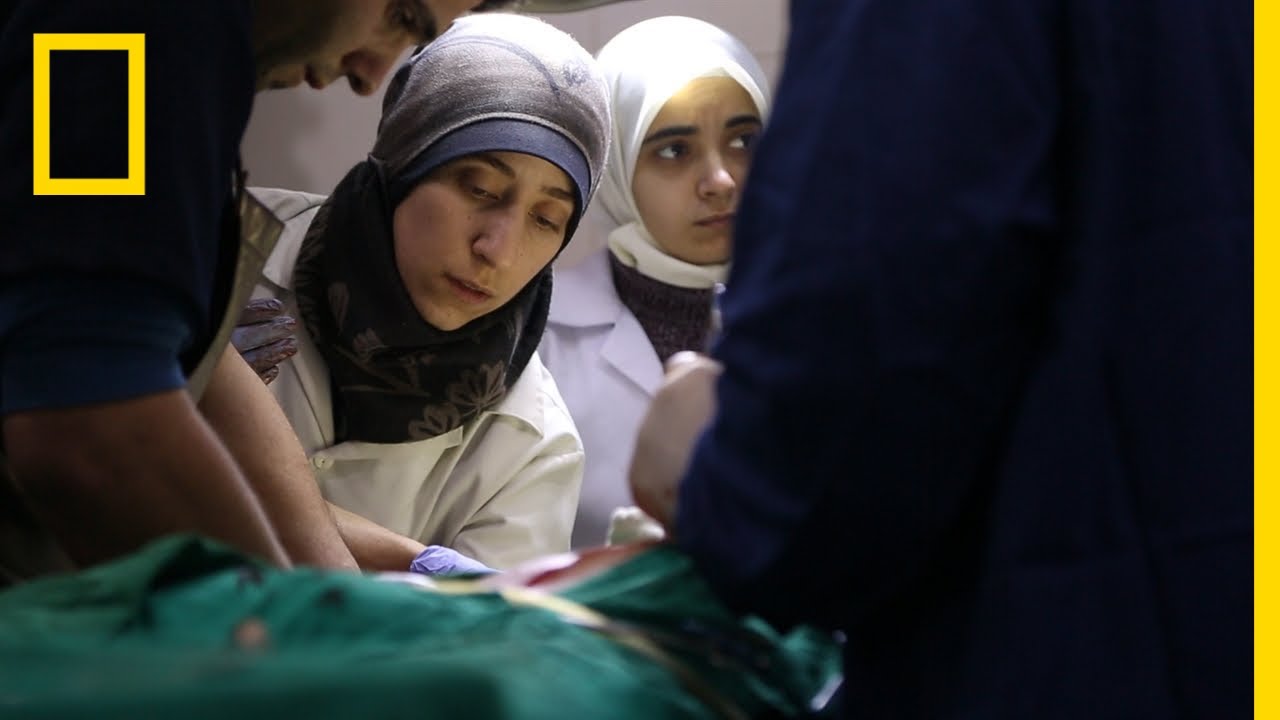 The Cave is the true story of an underground Syrian hospital and the team of civilians and medical professionals led by women who risk their lives to provide medical care to the besieged local population.

The film follows 30-year-old Dr. Amani, an aspiring pediatrician forced to end her studies and medical training due to the war in Syria, as she becomes the appointed leader  of a team of 130 medical practitioners (unthinkable in the oppressively patriarchal culture that exists above) in the secret hospital serving the 400,000 civilians of the besieged city

Following the women as they contend with daily bombardments, chronic supply shortages and the ever-present threat of chemical attacks, The Cave paints a stirring portrait of courage, resilience and female solidarity. (107 MIN)