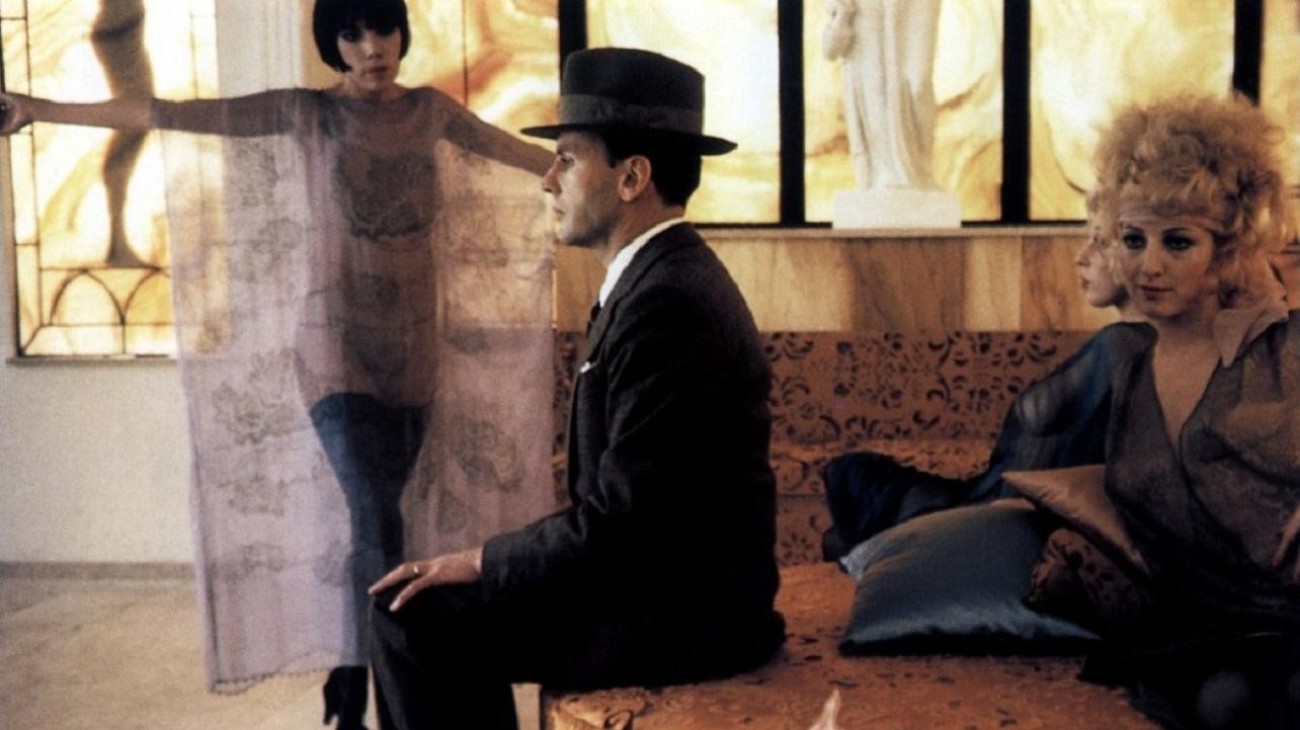 At the peak of his creative powers the 29 year old Bernardo Bertolucci rejected the influence of mentor, Jean-Luc Godard, and partnered up with Vittorio Storaro and developed his own style, creating one of the most visually dazzling, politically and psychologically intriguing, landmark Italian films.

The story begins in Rome, 1938. Marcello (Jean-Louis Trintignant) is a young fascist who takes on the job of assassinating his former professor who has fled to Paris. A thriller as well as study of Italian politics and psychological character, Bertolucci’s Oscar nominated adaptation of Alberto Moravia’s novel (an adaptation Moravia greatly admired) has gone on to influence filmmakers such as Francis Ford Coppola, Paul Schrader and Martin Scorsese and remains one of the great triumphs of world cinema.

This is a new 4K restoration, supervised by  Vittorio Storaro • 1970 • in Italian with English subtitles • 111 min

Bertolucci’s masterpiece…the most revelatory experience you’ll have in a theater this year. – Michael Atkinson, The Village Voice

Bernardo Bertolucci’s expressionist masterpiece…offered a blueprint for a new kind of Hollywood film, which is why Coppola, Spielberg and Scorsese owe him a huge debt. – John Patterson, The Guardian

The brilliant mix of ideas, the audacity and originality of approach, the sensualist delight in the ravishing play of light and shadow — all these remain, as bracing and inspirational as ever. – Hal Hinson, Washington Post

Carries with it a jolt of youthful creative energy, the memory of a time when movies were the most important art and their creative possibilities seemed endless. – David Kehr