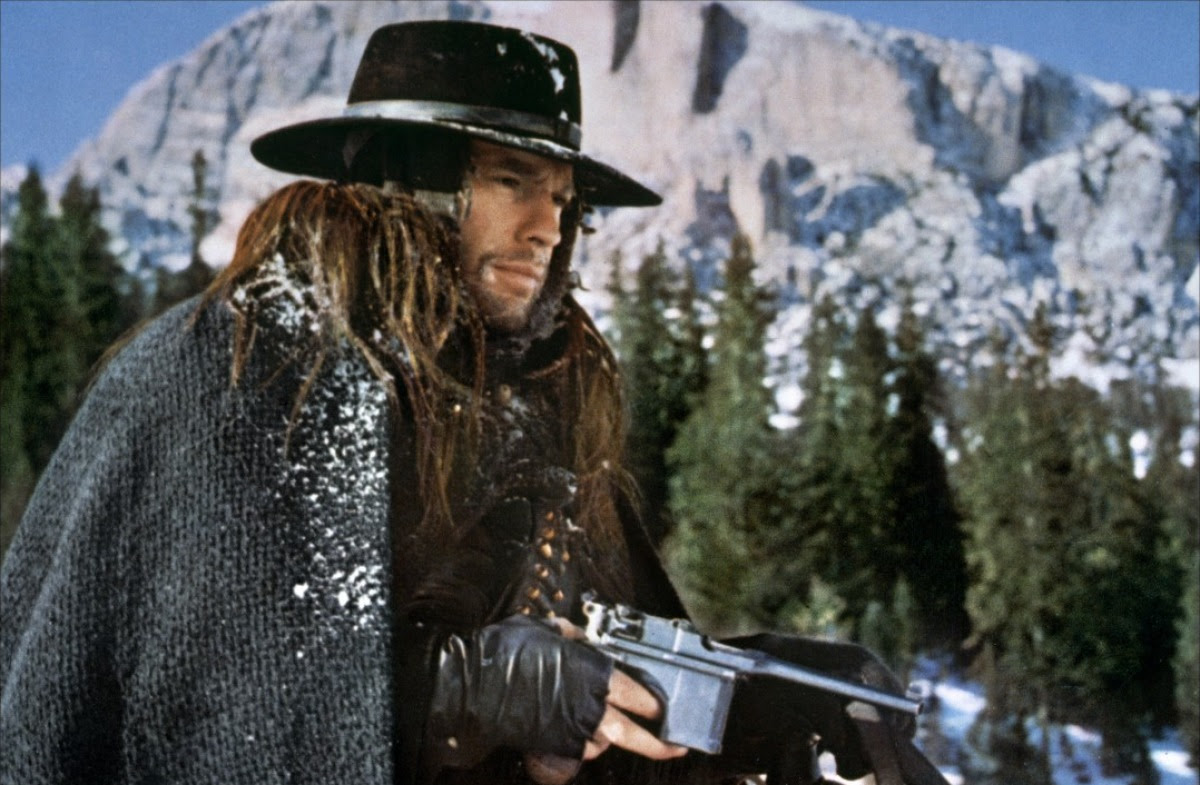 The Great Silence is a revisionist spaghetti western that was filmed in 1968 but never screened in the States. It received its long-overdue theatrical release on March 30th. Often called “that western in the snow” the film is set in Utah, near the end of the 19th century, during a very cold winter. Outlaws have taken shelter in the hills around the town of Snow Hill, but they must descend into the valley for food, where bounty hunters lie in wait.

Inspired by the recent deaths of Che Guevara and Malcolm X, writer/director Sergio Corbucci’s film is notable for its radical politics, an uncompromising performance by Klaus Kinski, and a haunting score by Ennio Morriconi. The Great Silence has influenced a number of contemporary filmmakers, notably Quentin Tarantino. Its suppression over the years has only added to its mystique.

Even 50 years later, The Great Silence stands majestically as both a blistering comment about its era and a creatively revisionist genre piece…the restoration is so crisp, the production looks like it was finished yesterday.”- Film Journal International

I’m not generally one for nostalgia, but I do regret the loss of a certain kind of craziness that used to flourish in movies — the kind that is on rich and ripe display in “The Great Silence,” a 1968 Italian western by Sergio Corbucci that is only now receiving a proper theatrical release in this country.  There is something about the film’s brazen mixing of incompatible elements that defies categorization, imitation or even sober critical assessment. It’s anarchic and rigorous, sophisticated and goofy, heartfelt and cynical. In 2018, it’s possible — and perhaps inevitable — to view “The Great Silence” as a footnote to the oeuvre of Quentin Tarantino. –A.O. Scott, The New York Times

Still hurts so good half a century later. – The Village Voice