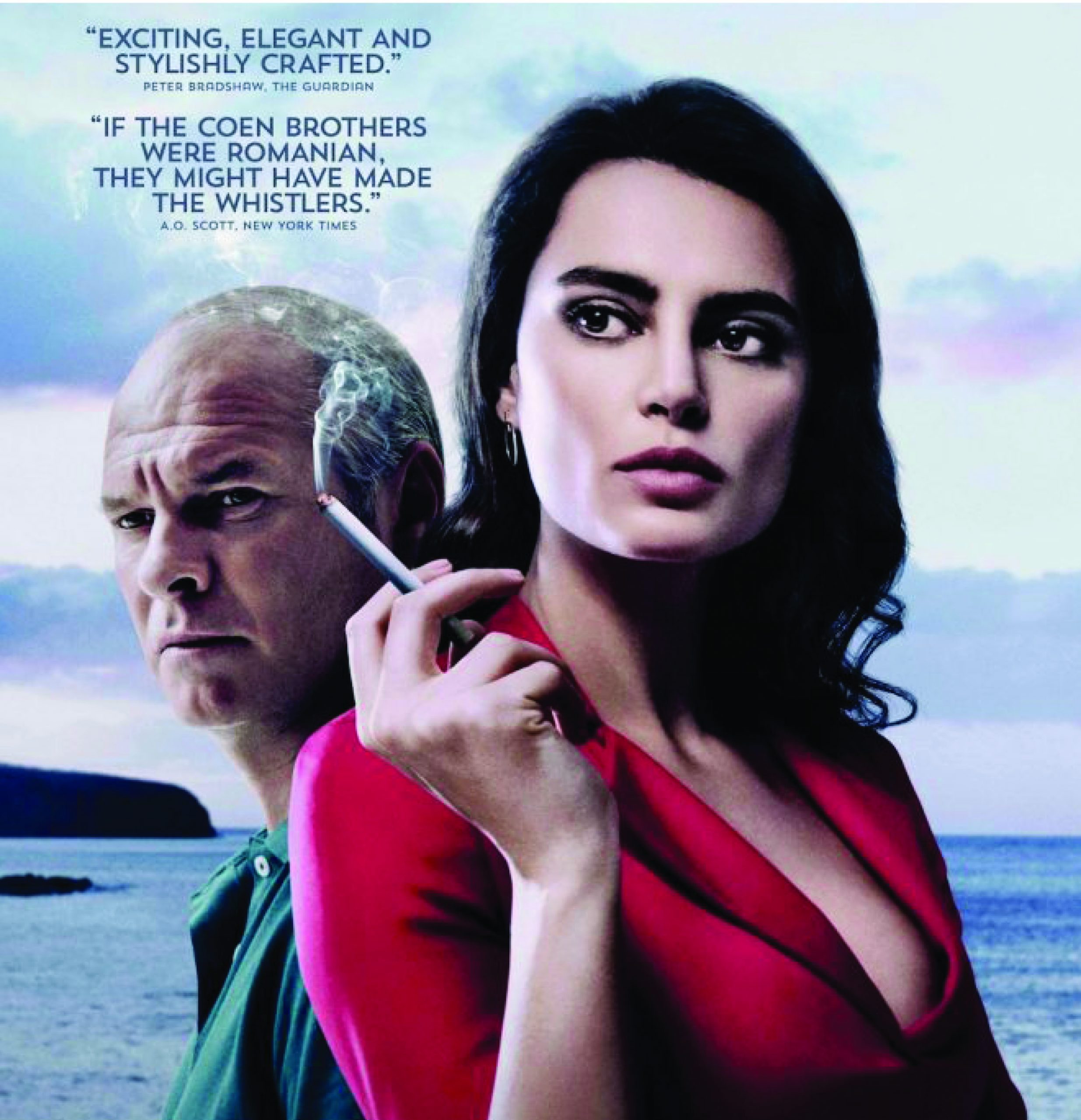 We have been working with film distributors to come up with creative ways to celebrate cinema culture in Bloomington during this time of social distancing. We are happy to announce that we have been able to reschedule four films that were cancelled due to the Covid-19 pandemic: Once Were Brothers, The Whistlers and Corpus Christi and The Woman Who Loved Giraffes.  You can watch each of these at any time on our site in our virtual screening room.

If the Coen Brothers were Romanian, they might have made The Whistlers. –A.O. Scott, The New York Times

In a delightful twist, acclaimed Romanian director Corneliu Porumboiu, whose inventive comedies such as Police, Adjective and The Treasure have brought deadpan charm and political perceptiveness to his country’s cinematic renaissance, has made his first all-out genre film—a clever, swift, and elegant neo-noir with a wonderfully off-kilter central conceit.

Bucharest police detective Cristi is equally at home on both sides of the law. He is simultaneously investigating, and involved in, an ingenious gangster scheme involving a stash of Euros hidden in a mattress and a sultry femme fatale named, of course, Gilda. His investigation takes him to one of the Canary Islands, where he learns a clandestine, tribal language, comprised entirely out of whistling. This secret method of  communication will keep his superiors off his trail.  The eternally stoic Vlad Ivanov stars in Corneliu Porumboiu’s take on the crime drama furthers his explorations of the intricacies and limitations of language, but is also his most playful, even exuberant, film.

Romania / in Romanian, English and Spanish with subtitles / 97 min

Here’s a heads up: these films are priced at $12. At first glance, this might seem more expensive than a typical Ryder movie. Virtual screening ticket prices are set by the distributor and are the same for every “art house” theater or film program in the country. That said, some of you – perhaps most of you – will be watching the film with at least one other person. Tickets should still average pretty close to $6 per person. Although prices are set nationally, your local independent theater (in this case, us) will receive 50% of the proceeds which will help us stay afloat until we can once again show films in person.

When you purchase a ticket to watch a Ryder film you will receive a confirmation in your inbox. Hold on to that email. If you’d like to order dinner while you watch your film, our friends at Bucceto’s will offer Ryder filmgoers a 20% discount. Be sure to let them know when you call in your order that you’ll be using your Ryder discount and show them your ticket confirmation when you pick up dinner. (East Side Restaurant 812 331-1234; West Side Restaurant 812 323-0123) The discount is valid one time only within five days from the date you purchase your ticket.

Questions? Send an email to editor@TheRyder.com