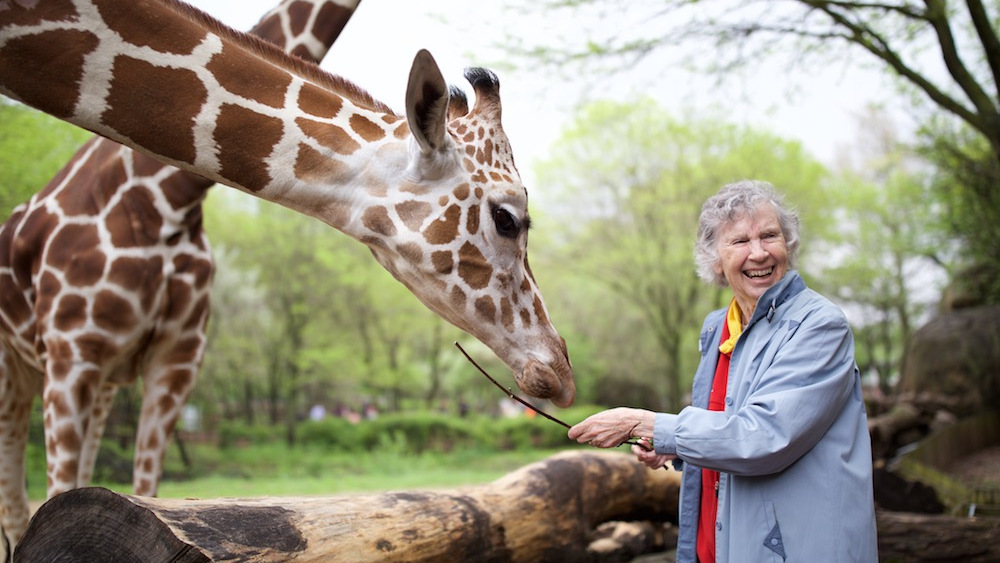 You can watch The Woman Who Loves Giraffes right here, right now

In 1956, four years before Jane Goodall ventured into the world of chimpanzees and seven years before Dian Fossey left to work with mountain gorillas, 23-year-old biologist Anne Innis Dagg made an unprecedented solo journey to South Africa to study giraffes in the wild. Now 86 years old, Anne retraces the steps of her harrowing expedition. Documentarian Alison Reid lovingly chronicles Dagg’s life as a trailblazing zoologist who, despite all her groundbreaking research, faced numerous obstacles trying to get her work recognized in academic communities run by men. Using letters and stunning, original 16mm footage, The Woman Who Loves Giraffes offers stark insights into the world of giraffes Anne once knew and the world it has become. (2020; 83 minutes)

Filmmaker Alison Reid began her film career as a stunt performer and coordinator, and a second unit director. After accumulating over 300 credits, she formed the independent production company “Free Spirit Films” which aims to produce films that are diverse in genre but similar in their exploration of the human spirit. Her feature-length comedy The Baby Formula (2009) had a worldwide, award-winning festival run. The Woman Who Loves Giraffes (2018) is her first feature-length documentary.

Here’s a heads up: these films are priced at $12. At first glance, this might seem more expensive than a typical Ryder movie. Virtual screening ticket prices are set by the distributor and are the same for every “art house” theater or film program in the country. That said, some of you – perhaps most of you – will be watching the film with at least one other person. Tickets should still average pretty close to $6 per person. Although prices are set nationally, your local independent theater (in this case, us) will receive 50% of the proceeds which will help us stay afloat until we can once again show films in person.

When you purchase a ticket to watch a Ryder film you will receive a confirmation in your inbox. Hold on to that email. If you’d like to order dinner while you watch your film, our friends at Bucceto’s will offer Ryder filmgoers a 20% discount. Be sure to let them know when you call in your order that you’ll be using your Ryder discount and show them your ticket confirmation when you pick up dinner. (East Side Restaurant 812 331-1234; West Side Restaurant 812 323-0123) The discount is valid one time only within five days from the date you purchase your ticket.

Questions or Comments? Send an email to editor@TheRyder.com