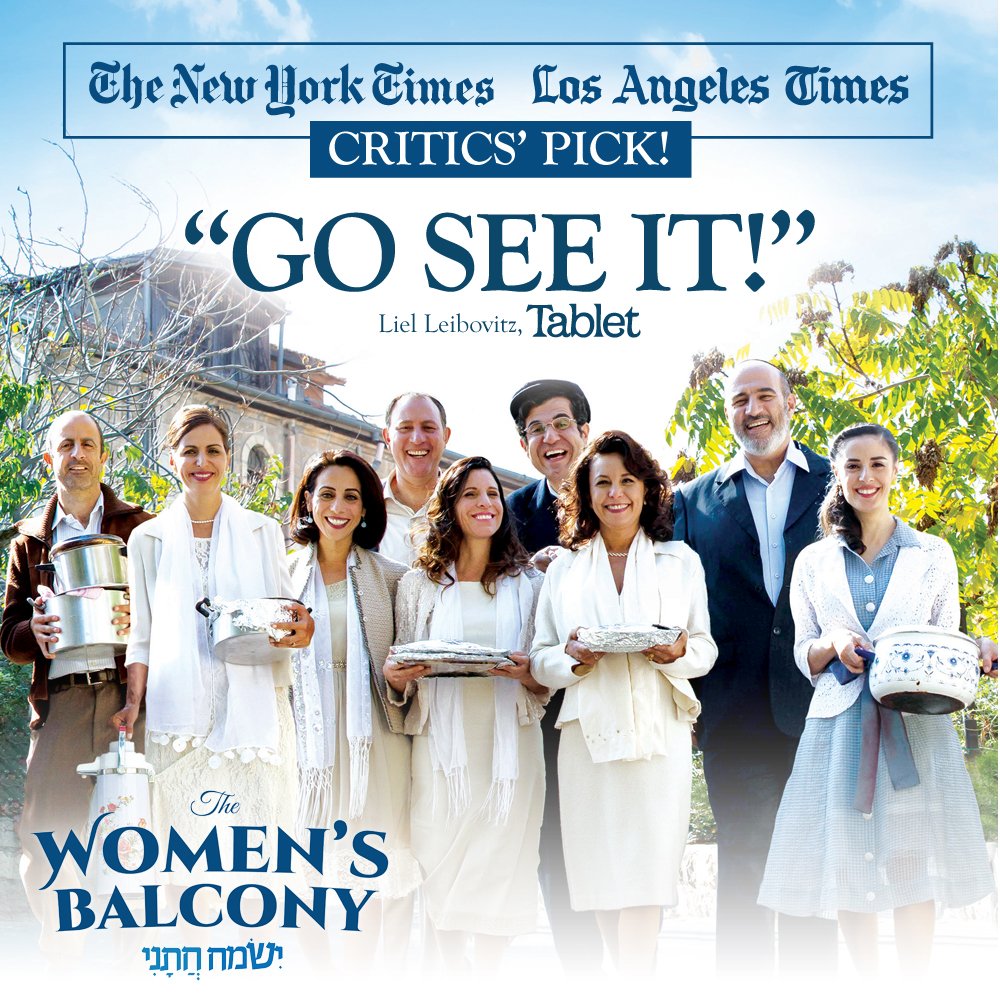 When the women’s balcony in an Orthodox synagogue collapses, leaving the rabbi’s wife in a coma and the and the rabbi in shock, the congregation falls into crisis.

Enter the young and charismatic Rabbi David, a can-do individual who teaches at a local seminary and takes on the congregation’s well-being as a personal project. Rabbi David is so eager to help he even offers to cut through the annoying red tape and supervise the rebuilding of the collapsed synagogue. “Thank the Creator,” he modestly tells the grateful congregants. “I am only the messenger.”

Discerning eyes will notice, however, that Rabbi David’s dress marks him as ultra-Orthodox, while the congregation, whose female members do not cover their hair, is what might be called modern Orthodox: definitely observant but without the accompanying zealotry. The Women’s Balcony is a rousing, culture-clash comedy. With rich characters and a thoughtful approach to timely themes, the film tackles complicated subjects with intelligence, compassion, and wit.

sponsored in part by the Jewish Theater of Bloomington