Wounded Galaxies Festival: THE GREAT SILENCE and The Monkees in HEAD 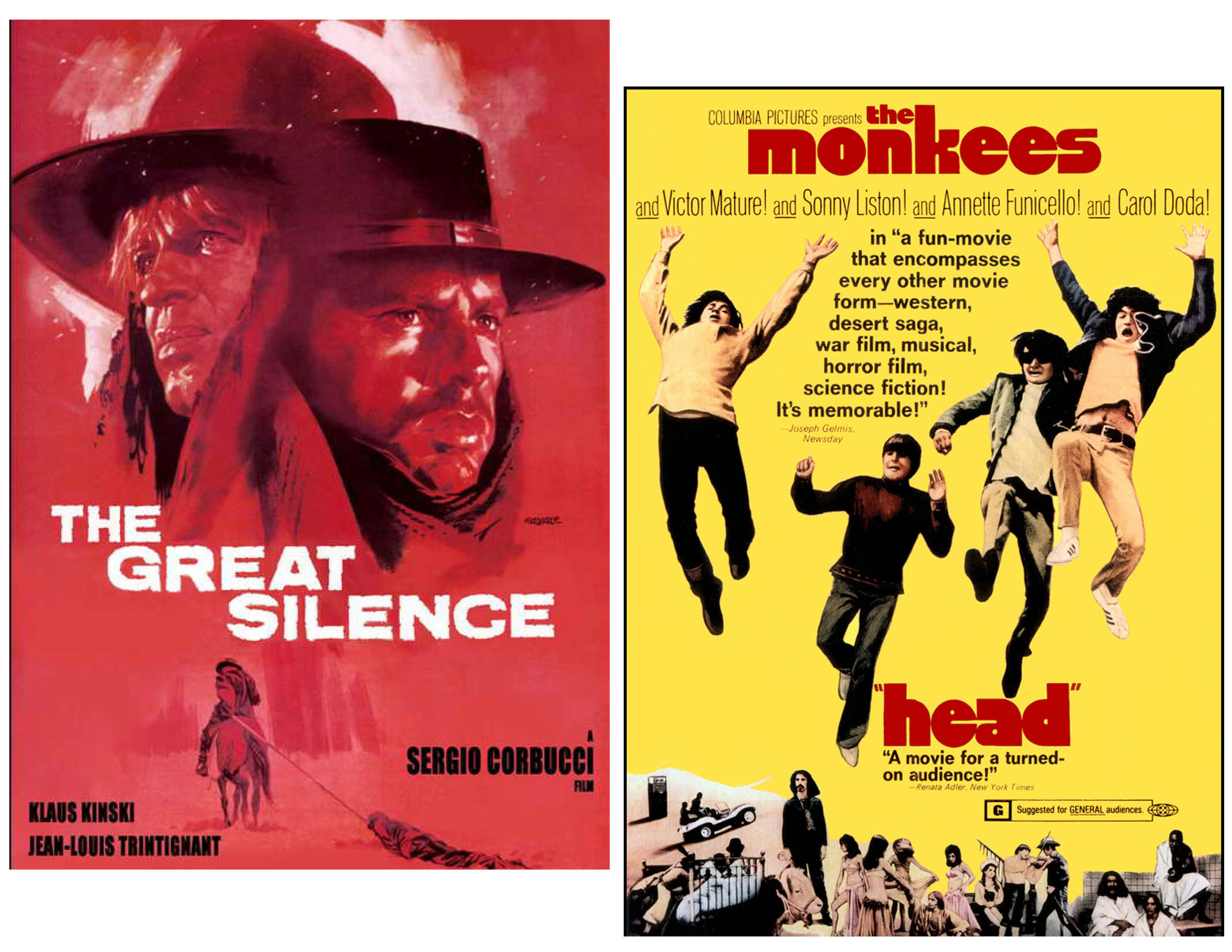 Wounded Galaxies is hosting a festival in early February in which scholars, artists and activists will explore and celebrate the cultural and political legacy of 1968 on it’s 50th anniversary. There are also selected events, on and off campus, in January and this is one of them: two films at the Buskirk-Chumley Theater that reflect the the political/cultural climate of 1968.

At the height of their fame, the Monkees teamed up with Jack Nicholson and Bob Rafelson to film Head. (Nicholson and Rafelson would soon make Easy Rider together.) The film is a post-modern, musical black comedy that mocks the Vietnam War, consumer culture, the music business and the Monkees themselves. The cast includes Frank Zappa, Dennis Hopper and Annette Funicello. A constantly looping, self-referential spoof that was ahead of its time, Head dodged commercial success on its release but has since been reclaimed as one of the great cult objects of its era. Thomas Pynchon is reportedly a big fan. One show only: 2:30 at the BCT

The Great Silence is a revisionist spaghetti western that was filmed in 1968 but never screened in the States. It will get its long-overdue theatrical release on March 30th in New York City but you can think of this very special screening as the US premiere Inspired by the recent deaths of Che Guevara and Malcolm X, writer/director Sergio Corbucci’s film is notable for its radical politics, dark tone, and a haunting score by Ennio Moriconi. Klaus Kinski stars. The Great Silence has influenced a number of contemporary filmmakers, notably Quentin Tarantino. Its suppression over the years has only added to its mystique—you won’t want to miss this. One show only: 5pm at the BCT.

Reserve Seats Today: Tickets can be purchased at the BCT Box Office or online here

Please note: Ryder movie passes are not valid at the Buskirk-Chumley Theater