An Energetic And Raw Romeo & Juliet

Students in Indiana University’s theater department will premiere a new production of Shakespeare’s Romeo and Juliet, directed by professor Nancy Lipschultz, on February 27. According to the director, “Our approach is totally traditional this time. I’m not really known for that. I’m known for mixing it up and doing things like Les Liaisons Dangereuses with Jay Z, but this time we’re going late Renaissance. The stage is sort of a replica of [Shakespeare’s] Globe stage, the costuming traditional, and there will be traditional music—lute, drums, mandolin, and some singing of lullabies and Elizabethan drinking songs at the beginning.” Lipshcultz felt that “it might be nice to have the students do a full-on late-Renaissance Romeo and Juliet without, you know, adding the Dixie Chicks.”

This will be an entertaining and moving production in the spirit of the Elizabethan era. “We’ll have some live music mixed with some underscore, hopefully making it quite lively before the tragic end,” Lipschultz says. Students from the Jacobs School of Music’s Historical Performance Institute will perform the music, some of which will feature choreography by period-movement specialist Nira Pullin. Because they will be replicating the Globe Theatre, Lipshultz explains, “There will be entrances from the audience, and stairs going down into the audience and out the side—even up the back if we can manage it. It will be very open. There will be a couple of pillars, a balcony, one bench, lots of swords, and lots of violence.” 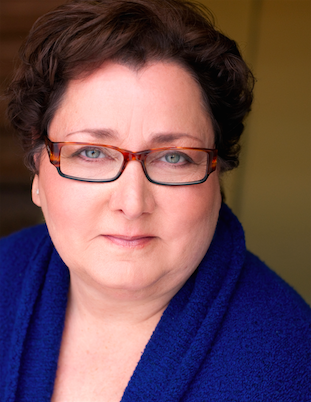 On the way to the tragic conclusion, the production will make the most of Shakespeare’s humor and fast pace. Lipschultz says, “We’re going to have lots of funny bits until things go bad. Shakespeare sort of sets it up in Act 1. Half way through Act 2 things start to cook along, and once you get into Act 3 he starts to compress the time up through Acts 4 and 5. And then most people die. If you’ve seen Romeo and Juliet you know that it’s fast paced. You’re sort of on the edge of your seat wondering what’s happening, even though we all know what’s happening.” Lipschultz adds, “The cast is young, which will hopefully keep it kind of raw and interesting.”

One young actor is Joshua Krause, who will perform Romeo. The role is part of his thesis project for his MFA. “I have a thesis committee of several faculty members that will act as guides, go-to faculty that I can use in rehearsal and out of rehearsal. At the end of this we will have a thesis review in which we’ll talk about things that went well, challenges as I go forth and leave IU, things to continue to work on, and things that they’ve seen in all of my work that I can feel confident about.”

This is not the first time Krause has played Romeo, but he feels that his thesis work is strengthening his portrayal of the character. “I played Romeo as a sophomore in high school, so an actual sixteen-year-old Josh played an actual sixteen-year-old Romeo. And now here I am, nine years later, coming back to a part that I did in high school and finding all of these discoveries that would have made it so much easier to do, like the rhyme scheme that Romeo plays with.” 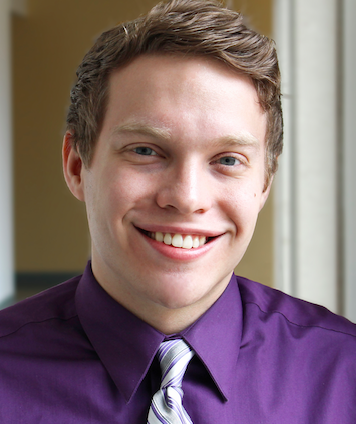 Krause has conducted extensive research on the nuances of Shakespeare’s language. “I’ve read so many forwards and essays on specific things—like the different metaphors throughout the text, all the bird imagery, the light versus the dark. I’ve been reading Speaking Shakespeare by Patsy Rodenburg, and her tips on how to use Shakespeare’s language to your advantage as an actor. There’s so much rhyming that Romeo and Juliet do, either on their own, together, or with their friends, and Rodenburg describes that it shouldn’t be avoided because it actually means something. Rhyming can mean one character is challenging another; that it’s all a game of wit. Or it’s showing that Romeo and Juliet are destined to be together because their first encounter creates a sonnet.”

Asked if his preparation for this role is different from past roles, Krause responds, “Unfortunately I’m going to have to say yes. My preparation has been a lot more in depth and thorough, and because of it I’ve found so much more joy, even in just the first rehearsal. It’s brought me to the realization that all of my roles in the future have to be treated as if they were a thesis role. We just did a reading of Act 1 together as a group, and already I’m hitting the ground running and making more discoveries than I ever have due to the amount of homework I’ve done.”

Krause adds, “The energy around the table from our first read together was so cohesive. The audience can expect an extraordinarily strong ensemble of actors, bringing Bloomington, Indiana Shakespeare’s Romeo and Juliet and not our take on it. This will be Romeo and Juliet, sans guns, sans cars, sans gimmicks, sans everything that steals focus from the language and the story.”