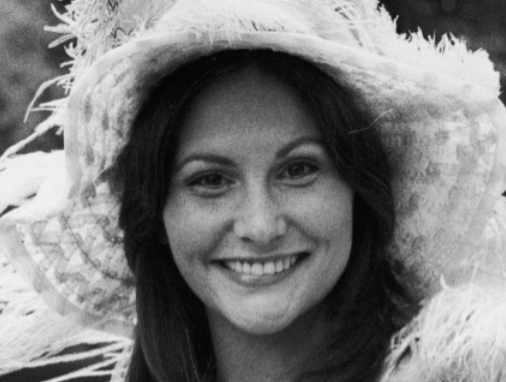 Though it may not have been Times Square, from the late 1970s to mid-1980s screenings of hardcore films became a contentious fixture of campus life at Indiana University. By the time student groups and dorms started screening 70s hardcore classics such as Deep Throat, The Devil in Miss Jones, Behind the Green Door, and Insatiable, the allure of porno chic had already started to dissipate. The simultaneous rise of the religious right and anti-porn feminism at the end of the 1970s rolled back the ground of mainstream acceptability pornography had gained in the wake of Deep Throat. The fight over pornography was one of the most visible battles of the culture wars and university records show that this battle was especially heated at IU in the 1980s, leading to protests, bans and eventually prosecution.

This history is documented primarily in the Arbutus yearbooks, which are accessible through the Indiana Daily Student website. The Arbutus from 1977 is the first to reference a screening of an X-rated film on campus. The screenings were opportunities for the dorms to raise money for recreational activities such as Intramural sports and Little 500. Though they screened mostly mainstream, non-pornographic films such as Blazing Saddles, Young Frankenstein and The Exorcist, they made the greatest profits with screenings of Deep Throat. University administration debated whether allowing a screening of Deep Throat would tarnish the respectability of the university or not. The administration allowed the film to be shown to avoid being charged with suppressing free speech or acting as censors. The screening went on to gross close to $2300 for the Parkes House. Because the screening was such a financial success more hardcore films followed. By the time students began screening hardcore films at IU the porno chic period was already coming to an end. No hardcore film had received the kind of mainstream coverage that Deep Throat did, and no hardcore film has been able to repeat Deep Throat’s accomplishment. The attention that the press gave to Deep Throat made it one of the most profitable films of all time. The film did run into censorship issues in various cities across the country, but the grosses were so high that it led to an increase in film production. Not only were producers of hardcore films intent of riding the wave of popular interest, but they would do it with higher production values and a greater interest in building coherent narratives. A film like The Opening of Misty Beethoven owed as much to art cinema as it did to porn films. Deep Throat’s director, Gerard Damiano, even expressed hopes that his film would open Hollywood up to making more sexually explicit pictures. And given the high profile visibility of Deep Throat, they came close. Even President Nixon’s commission on pornography returned a report concluding that sexually explicit material did not have a harmful effect on those who consume it. This general goodwill towards hardcore films would eventually die down as the political winds began to change in the late 1970s.

There is little information about what took place from 1978 to 1983, but by 1984 the university administration felt prompted to re-open the issue. The administration seemed apprehensive about the fundraising methods and likely received complaints from students. However, regulating screenings became increasingly difficult by the end of the 1970s into the early 1980s. When Deep Throat played at the Parkes House in 1977 it was shown on film. However, the screenings were so successful that by 1979 the student groups could afford to furnish the common areas with playback machines for multiple video formats. In his history of home video, Lucas Hilderbrand noted that X and XXX-rated films were extremely popular, with the adult film industry reporting 950,000 tapes sold in 1979 and 1.3 million tapes sold the following year. Perhaps this explains part of the sudden urgency with which the administration responded to the issue in the mid-80s. The ease of showing films on VHS or Beta instead of 16mm would make it much more difficult for the University to monitor and regulate future screenings.

Meeting minutes of the Board of Trustees in 1984 shows that multiple groups filed complaints against the screenings and wanted the administration to encourage alternatives to hardcore for student group and dorm fundraisers (Indiana University Board of Trustees, October 6 1985). The IU Student Association was successful in passing a resolution in opposition to advertising and displaying pornographic material on campus. IU Dean of Students, Michael Gordon, saw this as the perfect opportunity to put an end to the X-rated events. He placed a moratorium on all screenings of hardcore films. Gordon’s moratorium did not last very long. Students, citing violation of their free speech rights, protested the ban and enlisted the Indiana Civil Liberties Union to help fight the administration. The threat of legal action prompted the administration to lift the ban. Once the ban was lifted the university took a different approach to managing pornography. The debates over pornography before the emergence of anti-porn feminism were centered on notions of taste and the perceived negative influence of obscene material on society. While the arguments of anti-porn feminism had inherited many assumptions on taste, cultural value, and moral corruption from the religious right, they attacked hardcore pornography as dehumanizing to women. While the porn wars were raging at IU, Deep Throat’s star, Linda Lovelace, was touring the talk show circuit to give the Reagan administration and the anti-porn feminists the ammunition they had desired: women who appeared in hardcore films, she claimed, were being manipulated and abused behind the scenes and raped on camera. Lovelace even testified under oath that the adult film industry had been in the business of producing snuff, though no instances of snuff films have ever turned up. So, by the time the university administration opened up the discussion about how to handle the “porn problem” it was largely framed in a way that would avoid direct censorship, but acknowledge the way it “frequently denigrates women” (Indiana University Board of Trustees, May 1985). With the embarrassment of the ban fresh in their memory, they encouraged student groups opposed to the screenings to distribute literature about the harmful affect pornography has on women. Instead of banning films, they would “educate” the larger student population into ending the screenings.

This approach had little impact on the events. The controversy over pornography at IU spilled into the community in 1986 when the Monroe County prosecutor, Ron Waicukauski, received public complaints and filed a civil suit against IU student David Henderson on obscenity charges for organizing a screening of the Marilyn Chambers film Insatiable. On the day of the second screening the police obtained a warrant through Waicukauski’s request and seized the film, effectively shutting down the event and costing Henderson and the student activities group in his building at least $700. Waicukauski argued that IU events (the Insatiable screening was open only to students, staff, and faculty) were not exempt from the laws of the community. Waicukauski also stated that he would prosecute other students who planned show X-rated films in the future. Henderson faced up to a year in jail and a $5000 fine. The attempt to prosecute an IU student outside of the university was likely the deciding factor in the end of X-rated screenings in the dorms. With pressure from inside and outside, such screenings were no longer feasible. And as VCRs continued to drop in price throughout the 1980s it became more common for students to hold smaller, unpublicized screenings in communal and private spaces. The documents seem to beg other questions about these screenings. For example, how did those who participate react to the films? Where these screenings treated earnestly? Were they treated as participatory midnight-style screenings? It is difficult to gage from what is given. Also, the gender makeup of the screenings is never addressed. Historians of hardcore have shown that the appeal of these films extended beyond the typical heterosexual male, especially as pornography shifted from theatrical space to the home. Sadly, very little is mentioned about the gender breakdown. One could speculate based on the titles that were shown, but only a few of those are on record. What is on record, however, sketches an outline that reveals a fascinating synchronicity between the local and national that is rare.