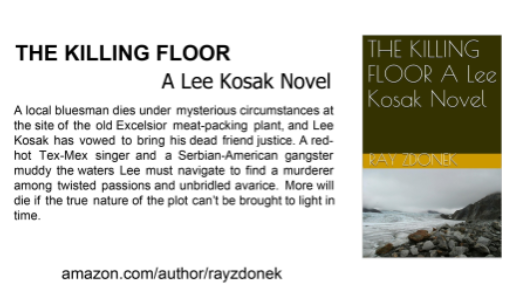 I’m a baby boomer and I’m proud of it. For years I’ve been waiting to have someone write something positive about us, actually, ever since Tom Brokaw immortalized our predecessors in his best-selling The Greatest Generation, a book about that generation that grew up during the Great Depression and fought World War II. Yes, I’m on Medicare now and was quite surprised to find out that the Greatest Generation built a health plan for elders with gaps in it, such that I have to pay considerably more for a “gap” policy and a prescription plan than I do for Medicare itself. Worse, I have to buy these policies from private, profit-seeking insurance corporations. Why nobody is interested in correcting Medicare and removing the gap is totally beyond me. To get a halfway decent rate I had to join AARP, and so I receive that organization’s magazine every month, which often has helpful and informative articles; so when I saw an article advertised on the cover of the December 2013 issue called How the Boomers Changed America, I thought perhaps I had found a kindred spirit in the author, political writer and humorist P.J. O’Rourke. But, all he gave us credit for was being great consumers and in making our wars a little shorter in length. Well, Mr. O’Rourke, I beg to differ.

While the baby boomers may not be “great,” I maintain that we have been good for America, and in fact essential, if we are to save the planet from ecological disaster and/or socio-political totalitarianism. But wait…, I have proof! In fact, let me count the ways.

We could start anywhere, but let’s start with the basics — that is, health. In the 1950’s healthy, natural food and fitness were the purview of California health gurus like Jack LaLanne and some select athletes. Remember, baseball stars were doing ads for Lucky Strikes in Life magazine during this period. Knowledge of herbals existed only in certain Native American cultures and in America’s big-city Chinatowns. We discovered them, including the most notorious herb of all — marijuana, the scourge of a liquor industry that fought it tooth and nail. Now, with our encouragement, the society-at-large is starting to learn the herb’s medicinal qualities and put them to good use. If recreational consumption makes a person a little less competitive, combative, selfish, and stressed from overwork, I say that’s a good thing. Mindfulness meditation presents us with the same goals. Be here now — less is more. As for fitness, like a lot of my generation including Forrest Gump, I started running; for me it was in 1981 at the height of the jogging craze, and I continued on for thirty-plus years. That running explosion was us, too. And the mountain bikes, of course. We practically invented marathons and iron man competitions.

Take social interaction. We were the Jimi Hendrix generation, and racism was totally uncool with us. We white kids weren’t threatened by the blacks anymore, at least not without having a good reason. No, we began to see, especially working-class boomers like myself, how much we had in common with black Americans. This racial tableau played out against the backdrop of the carnage of the Vietnam War, which caused most of us to look left, rather than right, in the political arena. What else for a generation of idealists? I’m sure there were many among the World War II generation’s power elite that bitterly regretted educating so many of us, but the damage had indeed been done. We were living together out of wedlock and experimenting in communal living situations, black and white, rich and poor. By the time of the Kennedy assassination in 1963, the cat was already out of the bag. Egged on by Beat Generation pioneers like Allen Ginsberg, whom I started reading in junior high, we blasted the rigid conformity of the 1950’s: the dress codes and hypocritical churchgoing, the red-baiting and wife-beating, the segregation and disdain for minorities of all sorts. Primarily, we questioned authority, and many of us protested the war machine in Washington as well, saying we were not okay with the conformity, violence, complacency, and hypocrisy of Western Civilization in the  1950’s — we wanted to make the world a better place. And we knew it was possible. Nixon’s tapes reveal that the young protestors demonstrating outside the White House did, in fact, have an impact on the President. Who knows how many lives were saved, both American and Vietnamese, by those kids in the street? No, the World War II generation said that we spit on the soldiers coming back from the War, as they got off the plane. Except, that never happened — not once has it ever been documented.

It was probably inevitable that we boomers would explore spiritual dimensions, as well as political and social ones, especially after the introduction of psychotropic drugs like pot and LSD. What the World War II generation saw as hedonism and escapism was really more seeking than anything else, seeking to discover the essence of ourselves and our place in the universe. Yeah, and maybe even learning something about the meaning of life. We embraced the natural world, and enjoyed echoing earlier, simpler times with our grooming and dress. Some traditions, especially exotic ones, interested us, like Native American belief systems and Hinduism. Others directed those same energies into atheistic political groups instead, but always with the goals of peace and economic justice. Maybe they used the words “mind” or “heart”, instead of “soul”, but who’s to say they’re not the same thing.

The reconnection with nature is the crucial thing. Whether it’s mountain-biking for fun or getting arrested on a Greenpeace ship, the baby-boomers got it when it came to the natural world. The first Earth Day was in 1970, after all. We may be too far down the climate change road by now to prevent massive disruption to food supplies, water, and other resources, but if we survive, if we prevail, it will be in no small part the result of the boomers’ basic love of the earth, how we blew the whistle on the polluters and the exploiters, and how we taught our children to follow in our footsteps. Without us, all power today would likely be produced by coal and atomic fuel.

I’m not saying some of my generation didn’t sell out and go in with the World War II camp. Money talks — bullshit walks. Weekend hippies! I say. My friends haven’t changed too much, except for the wrinkles. They’re kind of on the left — by that, I mean they’d rather go to prison than vote for a Republican; they’re for things like Medicare for All, voting rights, a woman’s right to choose, living wage legislation — stuff like that. I think I have a lot of friends.

All in all, it’s been a grand ride so far. I wouldn’t choose any other time to live my life, even if I could. To those generations that have followed ours, I say sorry you missed it, for it was a special time of hope and courage, struggling for light, as we were, under the shadow of the Bomb. But it’s not too late for you to start your own fire, your own revolution; the challenges are great, and you are sorely needed. Just take a long look over that wall of mediocrity and despair, and boldly choose your path. Make history, sure — how could you not? But make it with intelligence and always with compassion.

[Ray Zdonek is a Bloomington poet and novelist. His most recent publication is The Killing Floor, from Amazon Kindle Books.]