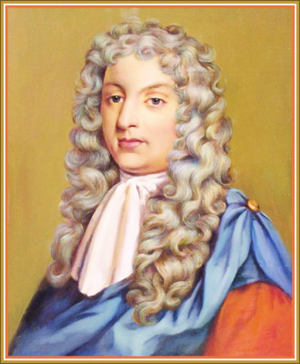 Shifting between pleasant consonant sounds and stunningly beautiful dissonance, Henry Purcell’s 1689 Dido and Aeneas is still regarded as one of the most significant musical works of the seventeenth century. It is a rare treat to hear such a work performed, and while it is certainly a product of its time, the music is still emotionally striking and relevant over three hundred years later. Indiana University’s Summer Festival Chorus will perform an un-staged version of the work on June 25, under the direction of Dominick DiOrio. While Dido and Aeneas has remained popular within early music circles, little is known about the circumstances of its composition. The first known performance took place at a boarding school for young women in the London suburb of Chelsea in 1689, although some evidence suggests it may have been written for the coronation of King William and Queen Mary earlier that year. Very few operas were written in seventeenth-century England, largely due to a lack of patronage and royal support. Yet, Dido and Aeneas’s composer, Henry Purcell, and librettist, Nahum Tate, both had royal connections- Purcell was an organist at the Chapel Royal, and Tate would soon be named court poet.

Historians have suggested that the text for the opera’s prologue (the music for which has been lost) may allegorically reference the union of William and Mary. Additionally, the earliest surviving musical score includes male vocal parts in low ranges, which could not have been sung by the young female students. Still, no record of a court performance exists, so we can only speculate as to whether Dido and Aeneas was a court-sponsored work, and there is no other documented performance of the work during Purcell’s lifetime.

The opera’s plot is based on the fourth book of Virgil’s Aeneid. Dido, the queen of Carthage, is in love with the visiting Aeneas, who will eventually establish Rome. A sorceress intervenes and destroys the budding romance, leaving Dido to die of a broken heart. Just before dying, Dido sings her famous and heart-wrenchingly beautiful lament. Purcell borrowed the concept of a musical lament from earlier Italian operas, and retains the genre’s trademark repeated bass line. While laments traditionally included a repeated bass line of four descending notes, Purcell adds chromatic half steps to create a six-note descending pattern. The lament’s smooth lyricism combined with dissonant harmonies gives it a tragic, yet unique and strikingly beautiful sound.

The opera involves a small orchestra of strings and harpsichord, and eight sung characters, plus a chorus. Purcell’s chorus fulfills various functions throughout the work, acting as groups of background characters to provide commentary on the narrative.
IU’s production will consist of Jacobs School of Music students participating in the annual Summer Festival, including the Summer Festival Chorus, directed by Choral Conducting Professor Dominick DiOrio. The performance will take place on Tuesday, June 25 at 8pm in Auer Hall in the Simon Music Center.