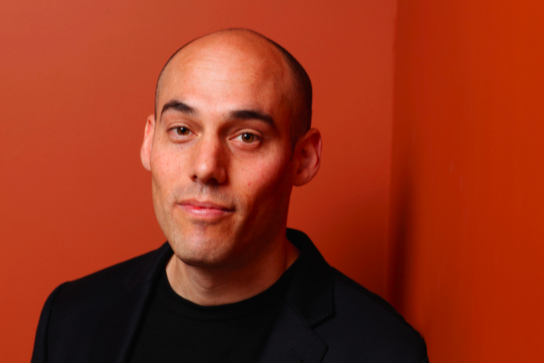 War crimes are defined by the winners. I’m a winner, so I can make my own definition.

How much of history is fixed, and how can we fix it? Joshua Oppenheimer approaches these questions in The Act of Killing, a frightening up-earthing of one of the largest killings in human history, retold by the men who committed the acts.

Following an attempted 1965 military coup, newly appointed Indonesian dictator Suharto responded with the massacre of at least 500,000 people labeled as communists. Political dissidents, union leaders, landless farmers, intellectuals, ethnic Chinese, and teachers, among others associated with the opposing party, were targeted and killed by the Pancasila Youth party, the Indonesian paramilitary assembled by Suharto. The U.S. government financially backed the insurgents, providing the resources (including weapons) to complete hit lists of identified targets.

Suharto elicited the help of local gangsters known for selling movie tickets on the black market, using the theaters as the base for their operations. These “movie theatre gangsters” were further motivated by a recent boycott of American films; the head of the Motion Picture Association of Indonesia was believed to be a CIA operative attempting to overthrow President Sukarno. Capitalizing on the gangsters’ love of American movies, they were authorized by Suharto to kill, effectively eradicating the grassroots base of the Indonesian left for generations.

Forty-five years later, the gangsters who carried out these killings survive, celebrated in their country as war heroes, happy and open to discuss their glory days. This is where The Act of Killing begins.

The film, a product of five years and 1200 hours of shooting, follows Anwar Congo, a flamboyant character who has an affinity for the films of Marlon Brando, Al Pacino, and most of all, John Wayne. Anwar recalls leaving the movies, dancing across the street to the building where they would use killing methods learned from American films. As he gleefully reminisces about his youth, Anwar and his accomplices create more elaborate reenactments, further showing their love for Hollywood spectacle. The result is a documentary that leaves its audience equally puzzled and horrified. Three years before filming, Oppenheimer found that while he was able to freely speak with the perpetrators of the crimes, the Indonesian military would intervene when he attempted to interview the surviving victims. At first defeated, he was encouraged by the local survivors to continue filming the killers. Oppenheimer speaks of the local support for exposing the genocide, “We need a film that exposes for Indonesians themselves … the nature of the regime in which they’re living, things that they already know, but have been too afraid to say … so that we can now articulate them without fear.”

This articulation comes from Anwar himself, hoping that he will leave his legacy by creating the film (especially for his grandchildren, with whom he’s shown watching the footage). Anwar succeeds, but not in the manner he intends. In a breathtaking scene, Anwar’s neighbor tells the story of how as a young boy he found his stepfather murdered, was forced to bury his body, and was soon disenfranchised to a slum where he had to teach himself to read and write. The men at the table, implicitly responsible for his strife, are forced to uncomfortably listen. Congo And His Grandchildren

In this way the film meditates on acting, action, and the human performance of violence. Early in the film, Anwar demonstrates on a rooftop how he killed over a thousand people. Moments later, he dances the cha-cha. As Anwar’s relives more of his past, the staging of his reenactments become more fantasized, a projection of his tortured dreams. When describing his pain, one of Anwar’s fellow executioners consoles him, dismissing the guilt he feels over the killings as a neurological disorder.

The film questions what impact the truth has now, generations removed from the killings. One reenactment involves an elaborate burning of a village, using dozens of extras. When one of the killers yells to cut the scene, he tries in vain to comfort a crying child, explaining that what she sees is not real. To an audience knowledgeable of the reality, this moment is especially chilling. Adi, a member of the death squad, questions the possible outcome of the film “succeeding,” saying, “Not everything true should be made public…. It’s not a problem for us. It’s a problem for history.”

In one of the final scenes, Anwar revisits the roof where he killed (afraid his white pants he was wearing before weren’t intimidating enough). Instead of laughing and dancing the cha-cha, he doubles over in disgust, attempting to vomit.

The Act of Killing approaches powerful and unpunished men, allowing them to put themselves on trial through the creative interpretation of their own memories. The act of watching the film is a surreal, painfully therapeutic experience, a piece that holds oppressors accountable and is equipped to recalibrate a national consciousness.

Joshua Oppenheimer will be present for the IU Cinema’s screening of The Act of Killing on Thursday, March 6, at 7:00pm. He will discuss the film and accept audience questions. He will lead a lecture earlier in the day at 3:00pm. The event is sponsored by Union Board Films and the IU Cinema.

[Brandon Walsh is an undergraduate senior studying and producing films at Indiana University.]

Photo Caption: Indonesian gangster Anwar Congo (left) dances the cha-cha on a roof where he killed over a thousand people in 1965 (Drafthouse Films)

Photo Caption: Congo watches the staged reenactments of his killings with his two grandchildren (Drafthouse Films)