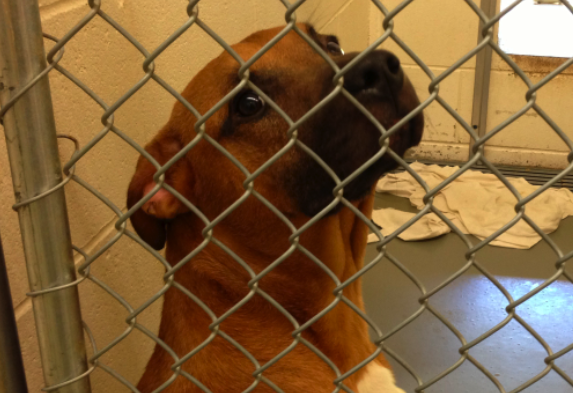 From Cats to Bats and Dogs to Raccoons, the Animal Shelter Helps Boomington’s Furry Friends ◆ by Dan Melnick

It’s almost impossible to resist those big eyes staring back behind the cage bars of the Bloomington Animal Shelter. Brief biographies are clipped to the outside of each cage that tell similar tales of stray animals or donated house pets. All have descriptors stating how friendly and lovable they are if only someone else would be willing to find out. Usually, through no fault of their own, hundreds of perfectly lovable and healthy animals end up in the city’s care and they’re all looking for the same thing — a second chance. At an almost breakneck pace, the staff of the shelter helps hundreds of animals find new homes every month, but for every life they save, two more come in their door in need of assistance.

“If they’re strays then we’re hoping to find [their] owner. Some animals already have identification and it’s easy,” says Lauri Ringquist, director of the Bloomington Animal Shelter. She and her diligent staff of twenty paid employees and more than a hundred volunteers work tirelessly to return any lost pet to its owner. However, most of the dogs and cats brought in either don’t have proper identification or never had a home to begin with. The others come from citizens bringing in strays they find themselves or people relinquishing their current pet and giving it up for adoption. When asked how difficult it is to accept someone’s pet, Ringquist says, “it’s very hard.” Many owners give up their animals for what is often a very fixable problem. Ringuist explains most of the complaints owners give are related to the behavior of the pet rather than an actual issue. In cases like these, the shelter has a trained animal behaviorist on staff who can recommend a number of training specialists throughout Bloomington. With proper time and a willingness from the owner, animal trainers can work with the family and help the problem animal. But even with these resources, talking someone out of giving up their animal is rarely successful. Many forget that Fido isn’t a toy that can be turned on and off at will or has the mental capacity of a person that can be reasoned with.

That’s not to say that all behavioral problems result in abandonment, but for those willing to discuss their case, the shelter can offer help and advice by phone. “And sometimes we present people with a solution,” Ringquist adds “and they’ll say, ‘Well my problem is X.’ Great, we can help you with X. ‘Well really? And Y.’ Well, we can help you with Y. ‘And Z.’ And you realize they just don’t want the dog anymore and you just have to smile and realize that we can find them a new home.”

It’s sad when any animal that was once a house pet is turned in for adoption, but ultimately the creature is better off as the shelter can find them a new home where they will be appreciated and loved. To avoid situations like these, the shelter counsels applicants, covering as many scenarios as possible so new owners learn the responsibilities involved with owning a pet. But some people are stuck in a puppy love phase and don’t want to listen. Ringquist says, “We just had two situations this week with someone who adopted a puppy and brought [it] back because it was too much work and told us we didn’t counsel her enough.”

Other applicants feel the counseling is condescending and that the staff is talking down to them by reminding them about basic facts of animal maintenance. Sometimes it’s the people who are the problematic ones, but the shelter tries to do right by their animals by streamlining the adoption process in an effort to make the transition into a new home easy for their furry friends.

The adoption process is pretty straight forward for any animal, but getting to that phase is a little bit different for dogs and cats. Before a dog is available for adoption, whether it was donated by a visitor or found as a stray, the animal is put through a temperament evaluation.

“It’s a set process developed by an animal behaviorist through the ASPCA and the staff has been trained as to how to administer it looking for flat-out signs of aggression,” Ringquist explains. The test puts the animal through a series of scenarios to see how the dog reacts to various stimuli. The staff sees how the animal interacts with other dogs or other people, how it takes to getting its paws played with, what happens when people pet it.

“We’re trying to gauge how they respond to just being handled and are there any guarding behaviors we can identify and see if they’re going to be safe to be adopted,” Ringquist says.

Without another option, if the animal displays signs of aggression, not a nervous or a correctible behavioral quirk, the dog is euthanized. That doesn’t happen too often as most dogs pass with flying colors or have minor things to work on. The staff knows the signs to look for and only resorts to euthanization as a last resort. Cats are a different story. The felines aren’t put through a temperament test; it’s usually easy to tell where they fall on the spectrum. They’re either in the front of the cage looking to be petted or backed in the corner showing you their fangs. Unlike dogs, the primary issue surrounding cat adoption isn’t their personality, it’s their numbers.

“Cats have a definite breeding season,” Ringquist explains, “So they start having kittens in the late spring through early fall and then they don’t have kittens in the winter months.” This means that throughout the winter, the animal shelter may take in 80 or more cats in January, but come summer, they report numbers of over three hundred cats in the month of July alone. “There’s an imbalance,” Rinqust says, as to how many cats are taken in by the shelter at any given time, “and there’s a finite amount of space and a finite amount of kennels that you have.” The shelter tries to compensate for this by hosting promotions for cats during the summer, offering deals of reduced adoption fees or two-for-one specials in an attempt to move cats as fast as they can; any cat taken in after the shelter runs out of space is euthanized. Many of these pets are perfectly healthy animals, but there just isn’t anywhere to keep them.

“Our adoptions have gone up and our euthanasia has gone down,” Ringquist says. “It’s not perfect, but it gets better every year.” Last year, 137 dogs and 229 cats were euthanized by June 30th, compared to the 91 dogs and 189 cats euthanized by the same time this year. The numbers of found cats has also gone down. This is in thanks to the many organizations throughout Bloomington in addition to the Animal Shelter that help to make sure the animals are properly spayed and neutered such as the Humane Society, the Pets Alive clinic and the Feral Cat Friends who trap strays and neuter them before returning the cats to the wilds of the community.

The Bloomington Animal Shelter has a unique problem. As the number of animals moving through its cages increases, so too does the work load. There are twice as many kennels in the back that visitors don’t see, with animals undergoing the five-day holding period to determine if they’re capable of being adopted. A week before this writing, the shelter had half of its cages free, but now, they’re filled to capacity. At full usage, there are about sixty kennels for dogs, which may sound like a lot, but if no one adopts an animal, that space stays full. Typically, there’s no time limit as to how long an animal can stay at the shelter. When full, the Bloomington Animal Shelter also works with a group called Canine Express, a service that transports some of their animals to the New England states, hoping that a change in location will mean a change in demand. The shelter does it what it can for the animals within its doors, but taking care of the animals requires both time and money.

In addition to their annual budget, the Bloomington Animal Shelter also accepts donations. As they are a branch of the government, they receive most of their funding through a public budget. More often than not, they break even on adoption fees. The $75 they typically charge per animal covers the cost to care for and feed the animal during its time at the Shelter. The small amount of revenue left over that doesn’t go to normal expenses, they can put to good use on unique situations outside their typical budget.

“Like right now we have a little puppy with a broken leg and when her stray-hold is over, she’s probably going to need that leg amputated and that’s a more expensive medical treatment that our regular budget can’t always absorb,” Ringquist says.

But more than financial compensation, the animal shelter is always looking for donations of items, food for the pets and toys, specifically. They like to give every animal at least one toy. They also take sheets and towels to use as bedding from anyone doing a little spring cleaning. “We go through laundry like you wouldn’t believe,” Ringquist jokes.

From an outsider’s eye, the hardest thing about working at the Shelter would be resisting the urge to adopt everything yourself. “Probably everybody that works here ends up adopting something,” Ringquist agrees, “but we all have to realize that we can’t solve the problem ourselves.” Many of the staff participate in the foster program and take care of sick dogs or temporarily house kittens who are too young to be spayed or neutered, before returning the animal to be adopted. It frees up needed space in the Shelter’s kennels and ensures visitors find healthy and happy pets waiting for them inside the shelter doors.

Just as they counsel owners to be responsible, the employees and volunteers of the Shelter need to follow their own example. Inevitably, care givers become attached to particular strays and long to take the animals with them after a shift, but ultimately, it’s all the more rewarding to have played a part in finding the pet a new home. “[We get] attached to different animals,” Ringquist says, “and knowing that we can find them a home and they’re going to get adopted means that I don’t have to take them home myself. I know I can find them a home.” The Animal Shelter has already saved over a thousand lives this year. Shelter employees are thrilled with those numbers, but not for too long — there’s always another cage to cleaned for the next animal in need.