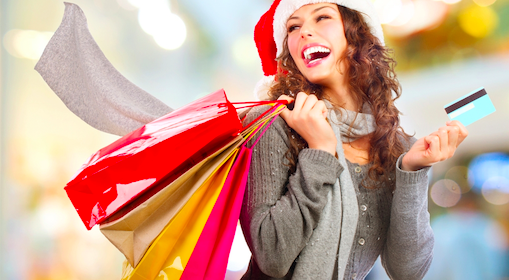 It’s Christmas Eve and a light rain falls from a dreary sky. I’m in a foul mood because I’ve got last minute shopping to do for Christmas and our family has just been to see Dr. Foley, a holistic health practitioner who has urged us to clean up our diets. That in itself isn’t necessarily a bad thing, but it means I need to be extra thoughtful in my grocery shopping.

I already ordered some under $20 items from LL Bean, including gummy worms lying in small, plastic tackle boxes, solar powered flashlights, and foot warmers that can be placed in the toes of shoes, but it is not enough loot to fill the stockings. I must get that done, too. I ask Rick and our two sons to wait in the car, knowing I’ll be buying surprises for them.

While approaching the grocery carts, I notice there are only a handful of them available, never a good sign. The handle of my cart is wet from rain. I take a deep breath and wheel it through the door. The overhead florescent lights are shockingly bright. While I’ve been sensitive to this on occasion, today’s blaring intensity throws me further off kilter. The upbeat, piped in music seems louder than normal, too. With the assault to my senses and an acute awareness of people in various states of pre-Christmas nirvana, I feel like I’ve  just been launched into a giant pinball machine.

I remind myself to stay away from the canned and boxed foods as much as possible. I also recently read Michael Pollan’s In Defense of Food. The author explains that healthier fare is found in the perimeter of the store.

Slowing down by the hummus on my way to the lettuce, I see the case is surrounded by people, and skip it. I always thought that I fed our sons pretty well and prided myself on the fact that unlike many children, they enjoy things like hummus, sushi, and salad.

I navigate toward the veggies, to stock up for our new approach to health. After picking up spinach for salad, I head toward the other vegetables along the wall which is lined with shoppers. A woman is examining a long, white vegetable while the produce clerk explains its bitter taste. Dr. Foley told us that Yakob’s craving for peanut butter was indicative of his nutritional deficiencies which could be counterbalanced by eating a wide assortment of bitter-tasting veggies. I consider the item, but it resembles a small limb from a Birch tree and decide that even if I could figure out how to cook it, there is no way I’m going to get the kids to eat it. I bypass the man and woman still discussing the vegetable’s finer points. While reaching for some squash and zucchini, I’m thinking it must be nice to have time for such banter. Next I select broccoli and carrots before heading toward the bananas and apples.

I circle back to the organic dry goods, recalling that Dr. Foley recommends spinach pasta. When we presented him our food diary, he pointed out that most of the items we’d charted turn to sugar in the body, including the pastas; and suggested we try spinach noodles.

Locating the spaghetti I’m amazed at how dark it is and wonder how it will taste. I grab some kettle-cooked potato chips. The chips are not on my list, but then again, I don’t have the list. It’s at home hanging on the fridge. Upon making my way past the pharmacy, I dodge a swarm of people gathering near the check-out lines by taking a hard right down an aisle. Finding myself in paper goods, I remember that we need toilet paper, recalling Rick’s dissatisfaction with the new, eco-friendly brand I bought last time.

He had said that we owed his daughters, who visited over Thanksgiving, letters of apology because it was so abrasive. They will be back a few days after Christmas and I search for the softer kind that is still environmentally friendly, but can’t find it. While I’m reaching for the Charmin, a woman is talking on her cell phone across the aisle and I overhear her say, “Well the parking lot was packed, but people are in good spirits, so it’s not too bad.” Her hair is fashioned in a French twist and she’s wearing a tailored coat. Holding the phone to her ear with manicured fingers, she seems to not only be able to multi-task, but is also in control of her purchases, and probably never buys the wrong kind of toilet paper.

There’s nothing in this aisle suitable for stocking stuffers, but I’m delighted when I stumble upon nightlights that double as small clocks in the next row. Remembering that I want to get Christmas treats for our animals, too, I head toward the pet section and pick up some cat nip and a felt glove with long pieces of string attached to the fingertips. The packaging guarantees hours of fun. After selecting some balls and rawhide chews for the dogs I spy a table of stuffed animals nearby.

Feeling a painful tug at my heart, I reminisce about how I used to love to get our sons new Teddy Bears for Valentine’s Day. The softer and more plush the bear, the better. But the boys are no longer interested in them, so I grab some York Peppermint Patties from a nearby display. They are Rick’s favorite candy and his stocking needs filling, too. Scanning the table for more stocking stuffers, I’m disappointed that the remaining offerings include only gift wrapping paraphernalia. I back up my cart to turn around toward the magazine aisle in search of a particular one the boys like, and nearly side-swipe a shopper. I look up to apologize and it’s the woman with the French twist who is still on her cell phone. She casts me a look of disgust.

I’m thinking about how rude it is to talk on the cell phone and shop–indeed the near collision wasn’t completely my fault– and inadvertently pass the magazines. I then miss part of an announcement that comes over the intercom, something about thanking faithful shoppers and singing Christmas songs for a prize.

Seconds later a patron is crooning “Away in a Manger” over the intercom system. Her voice is gratingly off-key and heart-felt, an awful combination on both my ears and psyche. I’m feeling the added pressure of knowing Rick is probably growing impatient in the car. That’s when I go into a zone and start grabbing random things: ranch dressing seasoning mix, a variety of flossing implements for Rick’s stocking and plastic dinnerware with Miley Cyrus smiling up from the plate and bowl. The boys claim to hate her, but they often watch her show and I feel deliciously wicked as I place their gag gifts in my cart.

Sometimes there is no room to move my cart around the other patrons, so I abandon it and walk past them to reach my items. Every time, I think about how I’ve left my purse in the cart, how it isn’t wise, but I don’t have the energy to bring it along. It’s a hulking Vera Bradley book tote that I’ve been meaning to downsize.

Someone is dramatically singing “Santa Baby” now and I notice a couple shaking their heads. They are dressed in jeans and both have unkempt hair. The man is sporting wire-rimmed glasses and a wide belt embossed with a Western design. The karaoke is getting to me, too, so I make a beeline for the register, passing by Mrs. Goodwin, the boys’ principal on the way. We exchange hello, but don’t stop to talk as we normally would. I gather from her contemplative expression that she’s on her own last minute mission and grant her the space to get it done in peace.

Falling in line at a register, I realize I’m still short on stocking stuffers and snag some sugarless gum. Glancing at the ingredients, I wonder what kind of chemicals makes it both good for your teeth and raspberry-flavored. There are too many to read in one sitting. Michael Pollan says anything over five is a bad sign. Normally there are all sorts of goodies at the check-out, but everything is picked over and the boys don’t need film.

While I’m loading my purchases onto the counter in defeat, I take care to stockpile the meager assortment of stocking stuffers, making a mental note to ask for a separate bag. When I look up from the task, Yakob is standing there watching me, and I lose it.

His large, brown eyes widen with a look of hurt. He hands me an umbrella saying, “Pop wanted you to have this.”

Before I can explain my reaction, he turns away, head lowered.

The denim-clad couple who shook their heads over the goofy music is behind me, staring in shock.

“I just didn’t want him to see his stocking stuffers,” I say.

The man pushes his glasses back further on his nose.

“I understand,” the woman says. “This is the first year our son didn’t want a stocking. He asked me to give one to his girlfriend instead.”

“I guess that’s what I have to look forward to,” I say, suddenly overwhelmed by sadness.

The man’s face softens with a sympathetic smile.

The cashier is someone who is normally cheerful but isn’t today. Through previous conversations, I’ve learned that she’s the mother of four children, and my heart goes out to her having to work so hard on Christmas Eve, dealing with frantic shoppers. As she finishes with the previous customer, I realize things could be worse. She begins solemnly ringing up my purchases and I tell her about the separate bag loudly enough so she can hear me over the baritone voice belting out “Chestnuts Roasting on an Open Fire.” She alerts the approaching bagger of my request. He’s just come back in and is soaking wet, and now I understand Rick’s sense of urgency about the umbrella.

The singer’s efforts garner him a round of applause from the crowd gathered at the nearby pharmacy awaiting their turn for a chance at the prize. The irony is not lost on me that the pharmacy, which regularly doles out twenty-first century medications for depression, behavioral issues and diabetes is now pulsing with holiday cheer.

At the end of my transaction I thank the cashier, and wish her and the bagger happy holidays, then glance back at the couple and say good-bye.

As I’m heading toward the door, someone starts to sing “Rudolph the Red-Nosed Reindeer.” I push my cart faster until I’m outside in the pouring rain and search for our car. Several seconds pass before I see it in the distance. While fishing for the umbrella in my purse, a woman runs toward me with a newspaper pressed to her head. She is wide-eyed and muttering, “This is madness.”

I pause and try to think of some encouraging words to say.

All I can offer her is “Good luck” and a weak smile. I raise the umbrella, and move forward with my cart of random crap, focusing on the silhouettes of my family, waiting for me in the car, blurry through the raindrops.