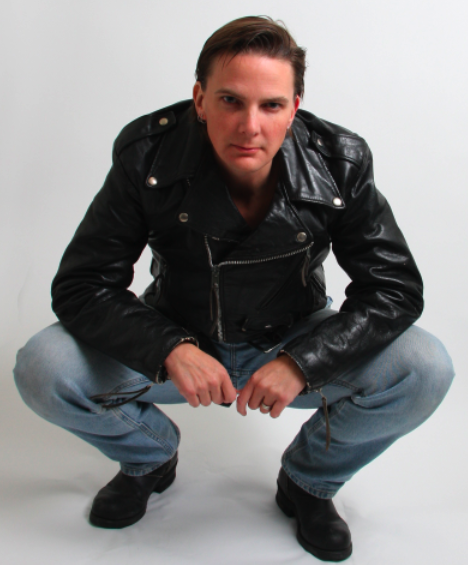 I’m driving my aunt back to the airport after we’ve both attended my father’s memorial service in Maple Hill, Kansas. It was at the old stone church on the hill. Cows walked over the rise as we filed out of the church to lay his ashes in a grave. It’s a long drive, to the airport from Maple Hill. We’re mostly silent, ‘cause we’re both from Kansas, and strangely enough, with all that distance all around you all the time, still, the biggest gift we seem to be able to give to one another is the wide open prairie of not saying anything when you’re riding in a car. Then, she suddenly starts talking, and she tells me about the phone call she got years before from her brother, my dad, the day after he received the letter in which I came out to him. How my father called her, wanting her to tell him what to do. I hadn’t known this. I didn’t have any idea he’d wondered, or worried, or questioned. He wrote right back to me. There were a lot of empty spaces on the page, but he said he loved me. Danielle, with the Personal Development Award at the 1986 Miss Teen Washington pageant, and her dad, Dean

My aunt says he told her that he knew I was different from the first time he held me, he just hadn’t known how.

Then she’s quiet again, and I keep driving, but everything changes. My body gets heavier, looser, less… held. He’s been gone more than two weeks, but it isn’t until this moment that I feel his embrace, release. There is only me holding me up now.

In the dim fuzzy light filtering through the hotel room curtains of a snowy Chicago getaway, I pull my too-old-to-be-doing-this body out of the warm cozy bed I’m sharing with my too-young-to-go-to-bed-at-a-decent-hour girlfriend and check my email. The news report tells me that someone back home in Bloomington is no longer someone, but now, simply, a body. Murdered.

I’m sitting on the front porch on a sleepy Sunday evening in summer and I’m trying to explain my life to someone new. People always say it’s complicated, I say, but I don’t think so, I say. I think it’s simple. There’s cicadas droning on and on in the background. The old man across the street is mowing his lawn. The ice in her glass clinks. I say, it’s just that I don’t think anybody can own my body, and sharing it with whoever I want in whatever way I want is a fundamental right that the people I love don’t try to deny. She says, “that’s disgusting.” And she gathers up her things, leaves, never says goodbye. I still see her. We eat in the same restaurants. She knows most of the same people I do. I still want to yell at her. “It’s my body!”

I’m standing in the balcony of the PRIDE Film Festival Dance Party, watching the crowd and talking to the DJ, who explains to me that being a DJ is like parenting a multi-armed and legged octopus-like creature, all the people on the dance floor become one body, inarticulate but immediately and ultimately demanding… you try one beat, and the creature falls listless and dull, another and it pulses with life, suddenly it changes and becomes distracted. It is us, she says, one organism, one body.

In the film Switch, by Brooks Nelson, Brooks asks his butch lesbian friend if his transition from female to male has made her feel abandoned. She looks right at the camera and says yes. In that solemn, steady, butch way, she never ever backs away. She lets Brooks feel the space between them now, but she doesn’t leave.

As I’m walking home along the B-Line trail the night after screening that film, a huge silver moon lighting the way, a couple of young guys are walking towards me, trying to light a cigarette. They say, “Dude, you got a light?” And I light the cigarette for them, standing wide and keeping my voice gruff and my hands steady. “Dude, awesome. Great.” is all they say. My body is the same, but I wonder, who did I just betray?

[Image at the top of this post: Danielle in character for “the girl stories” performance, February 2008.]

So this is the thing. We think about the body ALL the time. My body, their body, that other body. Whose body is right, whose body is wrong? In my naked body, who will hold me? In my open body, am I safe? In my out body, am I visible? How is it that what I do with my body offends another? How can what someone did with his body against the body of another leaving us with nothing more than a body, not offend? And yet, it is through this body that we are linked.

I mean, okay, enough poetics: I slept with her, who slept with him, who tongue kissed that one, and then that one’s past lover who once dated my first lover from way back when and four other people had a play party and – get it? We are a small town.

My body is your body is our body. It sounds religious. I think it kind of is. We are a body politic. As lesbians and gays and bi-sexuals and trans people, we might think that we are a group unto ourselves, our little alphabet soup, but you better believe that everybody else is woven into this tapestry, too. They might not realize the connection, but that’s the advantage queer people have – of thinking about it a little more than average.

We’re a body convened in this place at this time, and one thing I think we know better than San Francisco or New York is that you just get the one body. You can rearrange some stuff and emphasize one thing over another, but in a small town, even a college town, you know that these are the ones we’ve got to work with. They’re not going away. You can’t just switch groups or decide these politics are not my politics and go across town to another kind of meeting. If we’re going to change anything, anything at all, it takes all of us. The whole screaming wiggling thousand toed multi-armed humanity of us. And every single one of those limbs makes up the embrace. The thing that holds us all up. To make that embrace, you have to stand on your own two feet. You have to claim your right to what you want. And you have to leave those wide open spaces between you and the next guy so that they have room to tell you their story. Because the body is just the connection. It’s our story which holds us together.

While bicyclists will be spinning around the track at Little 500 on Saturday, April 26, downtown Bloomington will be discussing “What Goes ‘Round” in the Buskirk-Chumley Theater. The third day-long TEDxBloomington conference will feature local and national speakers presenting ideas that are literally or metaphorically round, spherical, global, or cyclical. Designed to spark discussion and build larger, more diverse networks among participants, the event encourages attendees to be more active in their local and global communities.

Featuring live and video presentations, each lasting 4 to 18 minutes, TEDxBloomington will run from 10:30am-5:00pm on the 26th. Tickets are available now online through TEDxBloomington or the BCT box office, 812-323-3020).

[Danielle McClelland is a featured speakers at this year’s TEDxBloomington conference.]

PHOTO CAPS – try to use both images – let me know if you need more space
Danielle wins the “Personal Development” Award at the 1986 Miss Teen Washington pageant and is congratulated by her dad, Dean McClelland