We are continuing to screen first-run, award-winning, international and independent American films during the pandemic. Here’s what’s playing this week in our virtual theater.

Journalism’s role at exposing corruption has rarely been as dramatically portrayed as in Collective, in which filmmaker Alexander Nanau follows an unfolding investigation in real time. Romania’s Gazeta Sporturilor newspaper isn’t internationally known, but its reporters are as dogged as any Pulitzer winner. One revelation leads to another as they uncover a vast health-care fraud that enriched moguls and politicians, and caused the deaths of innocent citizens.

The story starts in 2015 with a fire at the Bucharest nightclub Colectiv. The tragedy killed 27 people on site and injured over 100 more. Romania’s Health Minister promised the burn victims would get the highest-quality treatment, but, in subsequent months, dozens more perished. What was going wrong inside the hospitals? Gazeta Sporturilor‘s investigative team, led by Catalin Tolontan, digs into this with old-fashioned gusto, conducting stakeouts, analyzing data, and working sources like the whistle-blowing Dr. Camelia Roiu. Their revelations shake Romania all the way to the upper echelons of business and government. One target of investigation winds up dead. Was it suicide or murder? (Romania/Luxembourg; subtitled; 109 min)

ONE OF THE GREATEST MOVIES ABOUT JOURNALISM and the Dark Forces in Confronts…Alexander Nanau’s bracing, relentless documentary plays like a gripping real-time thriller, merging the reportorial intensity of Spotlight with the paranoid uncertainty of The Manchurian Candidate. When Nanau screened Collective to rave reviews at the Venice, Toronto and Sundance festivals, he had no idea that his exposé would prove to be all-too predictive of a world not prepared to cope with a rampaging virus pandemic.  – Indiewire

CRITIC’S PICK! Whatever questions you have are eclipsed by the bombshells that keep exploding. Collective sketches out an honest, affecting, somewhat old-fashioned utopian example of what it takes to make the world better, or at least a little less awful. The arc of the moral universe may bend toward justice. But as “Collective” lays out with anguished detail and a profound, moving sense of decency, it takes stubborn, angry people — journalists, politicians, artists, activists — to hammer at that arc until it starts bending, maybe, in the right direction. – The New York Times

A rising young novelist falls in love with the daughter of an English army officer. Portuguese filmmaker Manoel de Oliveira made this amazing film in 1981, at the age of 72; as powerful as it is stark, it suggests a blending of the modernist, minimalist techniques of Jean-Marie Straub with the elusive spiritual subject matter of Max Ophuls. With its elaborate title cards, its abundance of shots in which the action is oriented directly toward the camera, its evocative interiors, and its show-stopping gala set-pieces, Francisca is an exacting, sumptuous and utterly inimitable cinematic experience, and one of Oliveira’s crowning achievements. (Portugal / subtitled / 166 min)

Francisca premiered in 1981 as an official selection in Director’s Fortnight at Cannes. The new 4K digital restoration by the Cinemateca Portuguesa premiered at the 76th Venice Film Festival in 2019.

co-feature: If you are a fan of movies about aspiring writers, you might also want to watch Martin Eden

A masterpiece of modern cinema!  A story of great subtlety, density, and emotional impact. – Dave Kehr, When Movies Mattered

CITIZENS OF THE WORLD

You can watch Citizens of the World right here, right now

It is never too late to change your life. Three Italians in their seventies, all single and looking for a change, decide to leave their beloved Rome and settle abroad. But where? A rash decision?–perhaps. The Professor, retired after teaching Latin his whole life, is getting bored. Giorgetto, one of the last true Romans, struggles to make ends meet every month. Attilio, an antiques dealer, wants to experience once again the sense of adventure he had while traveling as a hippie-youth. Things will change for our three musketeers, but not quite as expected. Writer/director Gianni de Gregorio has been called “the Italian Larry David.” He also co-stars as “the Professor.”   90 min  / Italy / subtitled / 2020

co-features: if you like pasta and Italian-language films, then you might want to check out Martin Eden, The Mouth of the Wolf and Sicilia, all playing this week in our virtual theater

Based on the 1909 autobiographical novel by Jack London, young Martin Eden is a charming, impoverished, self-taught sailor who dreams of becoming a writer. If he becomes a success, he believes, he might win the affections of a young, wealthy university student. Starring Luca Marinelli. Directed by Pietro Marcello. (2020 / Italy / subtitled / 129 min)

Martin Eden might be the BEST FILM OF THE YEAR! The film is a masterpiece, so you should see it any way you can. But it’s also nice to know that even by viewing it at home you can help out a struggling, indispensable [theater].” – Vulture

CRITIC’S PICK! An INGENIOUS adaptation of the Jack London novel. The true miracle of this film is how Marcello translates London’s lush, character-revealing prose into pure cinema.The entirety of the 20th century — its promises, illusions and traumas — sweeps through the AUDACIOUS and THRILLING Martin Eden. – The New York Times

One of the most thrilling aspects of the novel is how well it dramatizes Martin’s intellectual hunger, as he becomes a voracious reader and, in time, a writer. It’s not easy for a movie to depict the acquisition of knowledge, but this one comes as close as any I’ve seen. Sometimes Martin Eden evokes Italian neorealism, and sometimes it has the mad stylistic energy of the French New Wave. There’s no denying that THIS GORGEOUS AND PASSIONATE FILM IS SIMPLY ONE OF A KIND. – NPR

Co-feature: THE MOUTH OF THE WOLF  Pietro Marcello’s debut film won major prizes at the Berlin and Turin film festivals. The Mouth of the Wolf interweaves two love stories: the 20-year romance between a Sicilian tough guy and a transsexual former junkie whom he met in prison, and a poetic reverie of the Italian port town of Genoa, depicted in all its mysterious, fading glory. Commissioned by the Fondazione San Marcellino, a Jesuit order dedicated to helping society’s poor and marginalized, the film masterfully combines documentary with fiction and melancholy home movies from the past century with poetic images, sounds, and music of the waterfront today.

A major work of the celebrated Berlin School, the debut of Ulrich Köhler is a mesmerizing portrait of a young German soldier named Paul who goes AWOL and returns to his childhood home in the countryside. Over a few summer days, Paul evades the responsibilities of everyday life and falls in love with his brother’s girlfriend, disrupting the lives of everyone in his circle. With Köhler’s penchant for deadpan humor and subtle performances, Bungalow becomes a quiet mockery of militarism, familial estrangement, and youthful ennui. New 4K Restoration.

A cat-and-mouse thriller, adapted from a 2011 Swedish film and reset in the wilderness of the Pacific Northwest. Alone follows Jessica, recently widowed, who is kidnapped and held captive in a remote cabin. She escapes but is lost in the heart of the untamed wilderness, with only her wits to rely on for survival. Meanwhile, her mysterious captor closes in.  Directed by John Hyams (98 min)

12 Hour Shift is a heist-gone-wrong film set during one strange night in an Arkansas hospital. Nurse Mandy is desperate to make it through her all-night shift without incident. This is particularly hard to do when you’re involved in a black market organ-trading scheme. When her hapless but dangerous cousin Regina misplaces a kidney, Mandy and Regina frantically try to secure a replacement organ by any means necessary. Talk about bedside manner! 12 Hour Shift is an edgy, madcap odyssey directed by Brea Grant. This is actress Grant’s first film as writer-director, and she elicits wonderful performances from her largely female ensemble cast. 87 min

Film has never seen a collaboration like that between Jean-Marie Straub and Danièle Huillet, a fiercely intellectual husband-wife duo whose decades-spanning oeuvre aimed to spark a revolution among the masses. It contains adaptations of Kafka and Brecht, homages to D.W. Griffith, Renoir, and Bresson, and treatises on political matters both current and eternal.

One of Straub-Huillet’s most engaging and accessible works, Sicilia! is the story of a man who returns to a village in Sicily after 15 years to visit his mother. Adapted from Elio Vittorini’s novel “Conversations in Sicily,” the film is so exquisitely rendered that herring roasting on a hearth or a meal of bread, wine and winter melon, can take on the humble aura of a Caravaggio painting. The actors, all nonprofessionals, declaim their extended discussions with grand, high-relief diction, and the film’s starkly exquisite black-and-white images set the dialogue as if to visual music. (66 minutes)

“One of their great later works.” – The Village Voice

“Straub-Huillet’s aesthetic abounds in anomalies. One finds comfort, albeit austere, in encountering patented elements of the filmmakers’ approach in Sicilia!” – James Quandt, Artforum

WE ARE LITTLE ZOMBIES

You can watch We Are Little Zombies right here, right now

One sunny day, four young strangers meet by chance at a crematorium. They have all recently lost their parents, but none of them can shed a tear. They are like zombies, devoid of all emotion. Alone in the world at 13 years of age with no future, no dreams, and no way to move forward, our protagonists dress themselves in scraps from a garbage dump, track down musical instruments, and decide to form a kick-ass band. They call themselves LITTLE ZOMBIES. This is a story about their quest to retrieve their ability to feel.

Directed by Makoto Nagahisa, We Are Little Zombies bursts with hyper pop style and unbridled imagination. Mixing inspiration from film, television, music, and, most importantly, video games, Nagahisa dazzles with a myriad of cinematic tricks, and he pushes his script in zany directions while never losing sight of its sympathetic exploration of grief and loss. (Japan / subtitles / 120 min)

CRITIC’S PICK! Wry humor, absurd dialogue and unflagging energy propel this dazzling, manic debut from Makoto Nagahisa…. he throws an entire box of tricks at the screen. Splitting it in two, fading to black and white, writing over it, and dunking an entire scene into a fishbowl, he fashions a fantasia of pranks so unexpected and colors so intense (the splendid cinematography is by Hiroaki Takeda), they could make you hallucinate. – The New York Times 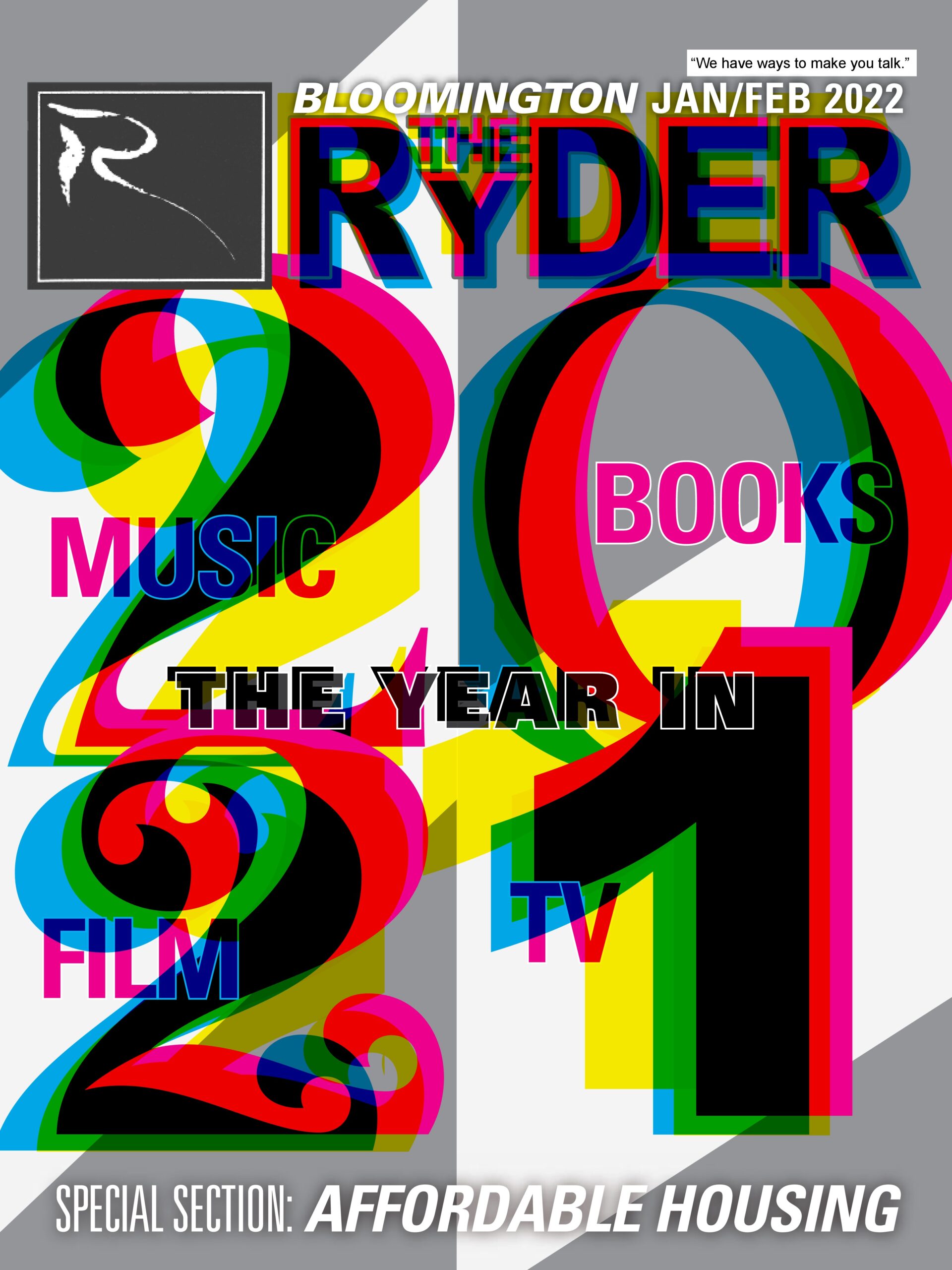