King Lear: Once Upon A Time In Britain 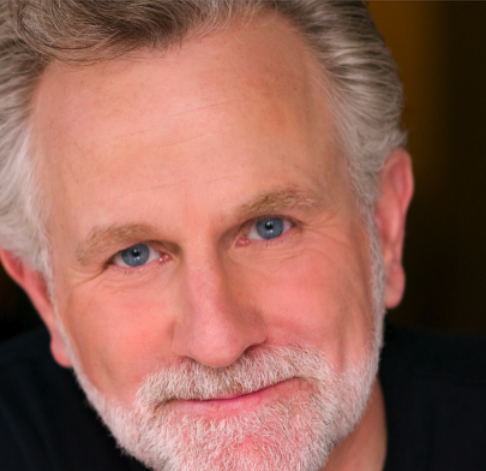 [IU Theatre’s resident dramaturg speaks with guest artist Henry Woronicz (pictured above) about his experience, past and present, with Shakespeare’s timeless tragedy.]

When one reads a brief introductory summary of the plot, the play almost seems like a fairy tale.  Shakespeare based King Lear upon his earlier drama, The True Chronicle History of King Leir and His Three Daughters, Gonorill, Ragan, and Cordella, published in 1605. In fact, late-19th century folklorists noted the parallels between King Leir’s Cordelia and Cinderella, which they classify, folklorically, as Type 501, “The Persecuted Heroine.”

Sooo, Once Upon a Time….

Lear, the King of Britain, having decided to retire, stages a kind of popularity contest among his three daughters: “How much to you love me?” he asks. Gonerill declares her deep love and admiration, and is awarded a portion of the kingdom. Regan, the next daughter to answer, tells him, “I love you as much as Gonerill, but more,” and is granted her portion.

King Lear turns to his youngest daughter, Cordelia, who says only “I love your majesty / According to my bond, no more nor less.” He erupts into rage and disinherits Cordelia, giving over her “share” of the country to Regan and Gonerill.

Appalled at Cordelia’s treatment, the Earl of Kent strongly objects and asks Lear to reconsider. For his troubles, he is banished from the kingdom. With his Fool and retinue of one hundred knights, Lear takes his retirement, planning to spend his time enjoying the perquisites of power and basking in the love professed by Gonerill and Regan.

Things do not go as planned, and Lear finds himself tolerated rather than revered. The unfortunate king is stripped of almost all his company: cursing both Gonerill and Regan, he finds himself abandoned on the heath, accompanied only by the disguised Kent and the wise Fool. A storm is coming up, and Lear, now as homeless as the poorest of his subjects, is sent into the rain and wind and madness.

King Lear is a rare Shakepearean tragedy with a double plot. Paralleling the story of “Lear and His Daughters” is that of the “Earl of Gloucester and His Two Sons,” the elder Edgar and the younger bastard Edmond. Edmond convinces Gloucester that Edgar plans to commit patricide, which results in Edgar’s exile into the very same heath (and storm) now occupied by Lear, the Fool, and Kent.

Tom Shafer: Why do you think Edgar is the hardest role in [King Lear]?

Henry Woronicz: Why do I think Edgar’s the hardest role in the play? Because half of what he says people don’t understand. He’s got all of that flibbertigibbet stuff. Half of what he says is kind of feigned madness. In Shakespearean times or terms or playwriting, he goes off into these cultural references that are from the thirteenth century. So it’s a tough one, he spends a lot of his character time in disguise. I think it’s a very tricky role, very difficult role. The part of King Lear, I think, is pretty straightforward.

TS: Is [Lear] mentally unstable from the start? Is he a foolish egomaniac? I guess the question is, here, before the rehearsals start: have you laid out a path for the character, or are you going to wait to see what happens?

HW: My general work method is to wait somewhat to see what happens. I’m certainly familiar with the play; I’ve been in it four times.

HW: This is my first Lear. I’m a little young for Lear, you see. The tradition is that you always get a couple under your belt while you can still play it. I think you’ve outlined the two major tracks that you have to choose from: he’s either just a mean, cantankerous S.O.B. from the beginning, which he partly is, but it’s always seemed to me, from the text, that there’s something going on inside him already. His daughters mention that, that he’s become forgetful. And there’s that lovely scene, right after he left Goneril in a huff, and he and the Fool are on the road, and he seems to be talking about Cordelia when he says, “I did her wrong.” He doesn’t really reference who the ‘her’ is, but you get some sense of that. And the Fool is trying to kind of coax him a little bit into smiling and maybe learning something about what he’s going through, and Lear also says at that point, “Let me not be mad, let me not be mad. Keep me in my right mind, I would not be mad.” I think that’s always been a significant moment for me because it seems to be fairly early on in the play, and he has an awareness that something is slipping in his mind. Something’s slipping. I think that’s kind of there from the beginning.

TS: And it’s fearful. I mean, you have to search for that sense of desperation.

HW: Yeah, exactly. But I think those are the two big choices for the Lear track in the beginning. And Lear, like a lot of the major tragic characters, then becomes reactive: things happen to him, and the drama becomes: “How does he respond?” And we watch an elderly man who was used to living his life in a certain way with certain expectations, we watch him fall apart and lose his mind, then come back together. I was reading an interview recently with Frank Langella, who was getting ready to do his first Lear…he said he’s always avoided the role. He’s never felt that interested in it, because the take was always “this is about the guy who falls apart.” But he’s now come to look at it as “the guy who finds his way back from falling apart.” I think that’s certainly part of the story.