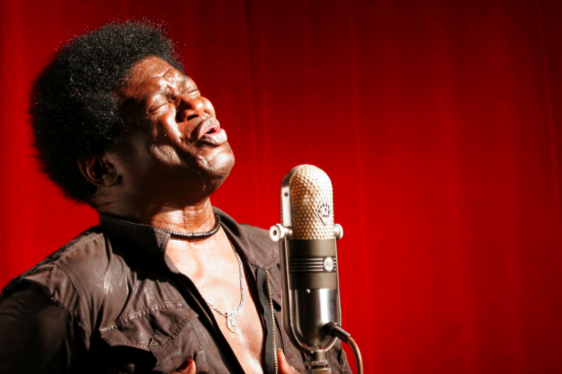 We feel confident in declaring 2013 one of the top ten years in new music in this century. Our reviewers list their favorite albums of the year.

A breathtaking set of songs from one of our greatest songwriters. This album is what all the other little Americana-country albums want to be when they grow up.

We didn’t know it and couldn’t know it in the 1970’s, but disco became our New Folk Music. The New Dylan: Nile Rodgers. The power-pop/soul genius at his Ardent peak plays an acoustic set of covers when the power itself goes out at the Knitting Factory. He brings it all (Gershwin, Cash, Baker, Monroe, Wilson, Harpo) and then just gives it away like it was nothing.

Another NYC live set, this one has the composer playing highlights from his own wonderful catalog, including Southern Nights and Holy Cow — a Chilton favorite. If there’s someone more central to the music of this nation than Toussaint, I’d like to know who it is.

Today’s harmonica masters celebrate the Earl Scruggs of the humble harp. Walter could swing it like nobody and these guys have fun keeping it going.

[Jason Fickel is a singer-songwriter-guitarist and performs frequently with vocalist Ginger Curry as Jason & Ginger.]

A celebration of James Cotton, a heavy harmonica and blues influence on generations of players.  Many artists guest on this disc (Buddy Guy, Greg Allman, Keb Mo, Ruthie Foster, Delbert McClinton, etc.) to honor Cotton’s pervasive influence over his long career as a blues man. Top of the line stuff. Trampled Under Foot is great at respectfully working traditional blues into something of their own.  Each member plays like blazes, song-writes like champs, and lead vocalist Danielle Schnebellen’s vocals are by turns scorching and sweet. She and brothers Nick and Kris Schnebellen make up a full power trio that rocks-, funks-, and blues-it, soaring all the way.

Toronzo bursts out of the cannon (pun intended) with high-octane performance mojo. Describing himself as “a bus driver that plays guitar,” he quickly proves that an understatement. A love of Jimi Hendrix and respect for blues has not been lost on avid audiences. He’s lately been setting the blues world on fire with expressive vocals, great originals, blistering guitar work and fun-loving showmanship.

Post-war blues aficionados from Chicago spread out — mixing in Delta and Louisiana “swamp” blues and even rockabilly with their trademark jump tunes. It’s great to hear a younger set of Chicago players hit the blues groove as solidly as these boys do.

Native Texan Sugaray Rayford is a big man with a big voice who reminds me a lot of Howlin’ Wolf without the growl. Backed by great L.A. session players, Rayford’s voice is the real deal as he moves through blues with soul deep conviction and easy confidence. Glad we can add another soulful singer to the blues world.

[Cathi Norton is the Blues Genre Director at WFHB 91.3/98.1 FM radio.  She reviews most of the blues CDs for the station and also works as a disc jockey for the “Blue Monday” show.]

by Michael McDowell (Top of the World)

Fine Haitian folk songs meet the poetry of Langston Hughes on Leyla McCalla’s debut; if that’s not enough, she also plucks and strums the cello. You might have seen McCalla, who usually tours with the Carolina Chocolate Drops, on her own at the inimitable Lotus World Music & Arts Festival of 2013.

Accompanied by French cellist Vincent Segal, Sissoko, a kora virtuoso, weaves melodies rare and exquisite on At Peace, a dream dedicated to his troubled homeland, Mali.

Beverley, Hortense, Marcia and more — the ladies are here, singing sweet roots reggae over sultry rhythms that rock slow. Legendary producer Joe Gibbs gave the world some of the best music to come out of Jamaica in the seventies, and this album contains some of his finest work. Yasmine Hamdan founded what may have been the first indie/electro outfit to appear in the Middle East, Soapkills. Though she now lives in Paris, Hamdan began her career in Beirut, and this is the roundabout tale of Ya Nass, a unique blend of popular and traditional Lebanese music and contemporary indie sounds. And it sounds nice, too.

Roberto Fonseca took Ruben Gonzalez’s place in the Buena Vista Social Club. He has toured with Omara Portuondo (also of the Club), and is widely regarded as one of the most gifted to pianists to emerge from Cuba in decades. This adventurous album melds contemporary jazz, African influences, and the rhythms of Cuba, and is absolutely an item to add to your collection.

[Michael McDowell is the World Music Director at WFHB.]

Wolverhampton duo brings you trappy and trippy dance music that bubbles with fun. Brilliant synth glitch arrangements and atmospheres take in many moods from the introspective to the upbeat.

Scottish duo surprise return offers their most dark and visceral sound to-date with rich textures and deep layers that unfold like a haunting film score transmitted from a distant galaxy.

Abyssal have created a terrifying monster of an album. Their superb musicianship creates an atmosphere that is unimaginably dense, absorbing, and perfectly claustrophobic.

Aosoth IV: An Arrow in Heart

This black metal masterpiece is full of menacing riffs that are at once rhythmic and cerebral. Aosoth balance their understated, avant-garde tendencies with focused brutality.

Church of Misery Thy Kingdom Scum

The thick, fuzzed-out, groove-laden guitars and massive beats lay the perfect foundation for this Japanese doom quartet to explore the darkest realms of the human psyche. With their first release since 2001, Gorguts exceeds all expectations. They have taken their trademark dissonance and meticulous composition to new heights in this deep and dizzying collection.

An absolutely crushing, perfectly-engineered amalgam of hardcore and metal, these short bursts of intelligent aggression and fury pummel the listener into a state of blissful submission.

[David J. Smith is metal genre director and host of “Sedimentary, Igneous, and Metalmorphic” every Friday night on WFHB.]

Upon my last visit to Scotland, I was asked by a native Highlander, “Where ye frome, lad?” “Indiana”, I told him. “ “Ach aye, well I guess, someone’s gaw’ta be from thaya”, he jokingly responded.  Hailing from Glasgow, The Paul McKenna Band is currently recognized as one of the top Celtic groups.  They’ve cranked out one of their most inspired albums yet, Elements, which includes their heartfelt rendition of Farewell To Indiana about a Scotsman’s return to the Scottish Highlands from living a few years in the lowlands of Hoosierland.

Liz Carroll On the Offbeat

Chicago-Irish musician Liz Carroll recently came to Bloomington to perform at The Buskirk Chumley Theatre for the 2013 Lotus Festival, treating us to her dazzling, virtuosic fiddling. Her new album, On the Offbeat, is adorned by some of the best players in their field including the internationally acclaimed Scottish harpist, Catriona McKay and Belfast guitarist, Sean O’Graham. Liz raises us to the next dimension of her musicianship on both her on and off beat. From indie rock to indie roots, Canadian vocalist Ruth Moody of The Wailin’ Jennys takes us on a sleigh ride of her new original material. This thoroughly enchanting album is tastefully seasoned with some of the finest instrumentalists and vocalists from both sides of the border and Atlantic including Jerry Douglas, Aoife Donovan and Irish piper, Michael McGoldrick.  Ruth’s golden voice swings us into only the best of moods on These Wilder Things.

As the guitarist of Alison Krauss & Union Station, Ron Block demonstrates his prowess not just as an instrumentalist featuring a few toe-tappin’ tunes, but most remarkably as a singer and melody maker on his new solo recording, Walking Song. Ron composed the music, but he collaborated with poet Rebecca Reynolds, who wrote the lyrics to this collection of mesmerizing originals that are guaranteed to melt your heart.

If you say you are on the fence about bluegrass music I can tell you that you will soon be off it dancing in your own imaginary meadow of bluegrass to Skaggs and Hornsby’s new live album, Cluck Ol’ Hen. Ricky Skaggs and his band of high talent, Kentucky Thunder, will dazzle you. But the real power ingredient that will make you roll off the fence with joy is Bruce Hornsby’s inspirational piano playing (and singing). Makes you wonder why the piano isn’t a regular in every bluegrass band.

[Jamie Gans is both a self-employed musician and a radio programmer for WFHB’s “The Celtic Road” and “Rural Routes” shows.] Before you listen to Charles Bradley, watch the documentary Charles Bradley: Soul of America, and you will be sure to fall in love with this 65-year-old former James Brown tribute singer.  He was discovered by Daptone Records and has taken the world by storm, including Bloomington, now a regular stop on his tours. 100% joy and love listening to CB. Even better to see him live.

It’s not unusual for me to learn about something very cool mid to late in the game. This duo is what you might get if you mixed the DNA of Simon & Garfunkel with that of Gillian Welch & David Rawlings. Great songs, great vocals, great guitar work.

Buy this album to hear what you missed when the Nashville Symphony cancelled its performance with Fleck at the IU Auditorium last fall. It was a great concert nonetheless, with Abagail Washburn saving the day. But the album is also very compelling if you are open to a banjo concerto.

I discovered these guys opening for Mumford & Sons this summer and have fallen in love with their simple melodic folk/rock sound. Reminiscent of Sufjan Steven’s Michigan era at times.

Olafur Arnalds For Now I Am Winter

A very quite, beautiful album of mostly instrumental strings and loops.  Also, Icelandic and highly creative, but much mellower than Sigur Ros.

[Robert Meitus is an entertainment lawyer. He purposefully excludes his clients’ albums from this list (e.g., great new releases from Joshua Bell, Cage the Elephant, Foxygen, and others).]