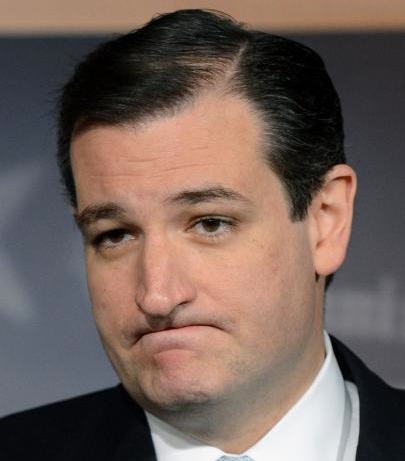 On August 21, Pfc. Bradley Manning was sentenced to 35 years in prison for leaking classified documents to the whistleblower website WikiLeaks. In a press statement Manning said, “If you deny my request for a pardon, I will serve my time knowing that sometimes you have to pay a heavy price to live in a free society.” Manning’s sober assessment of his life and times was one of the more moving sound bites of 2013: a year marked by dramatic revelations of NSA spying, a divisive and costly government shutdown, and all manner of gaffes, blunders, and apologies uttered by politicians, pontiffs, and other media personalities.

Texas Senator Ted Cruz [pictured at the top of this post] channels Dr. Seuss during his “sort of” filibuster of the Affordable Healthcare Act, September 24.

9. Women go to the doctor much more often than men! Maybe they’re smarter or maybe they’re hypochondriacs. They live longer. Who knows?

8. Sure, he could turn over every bit of his weapons to the international community within the next week, without delay. But he isn’t about to.

When asked what Bashar Hafez al-Assad could do to avoid US military strikes, Secretary of State John Kerry stumbles toward a diplomatic solution to the Syrian crisis, September 9.

7. Words are important. I understand that, and will choose mine with great care going forward. Behavior like this undermines hard-fought rights that I vigorously support. Serial offender Alec Baldwin makes amends with GLADD for homophobic remarks the actor hurled at a member of the paparazzi, November 15.

President Obama explains “American Exceptionalism” during a nationally televised speech on the prospects of US military intervention in Syria, September 10.

5. I’m no different from anybody else. I don’t have special skills. I’m just another guy who sits there day to day in the office, watches what’s happening and goes, ‘This is something that’s not our place to decide, the public needs to decide whether these programs and policies are right or wrong.’

House Speaker John Boehner, when asked when the government shutdown might end, during an appearance on ABC’s This Week with George Stephanopoulos, October 6.

3. I would never do that. I’m happily married. I’ve got more than enough to eat at home.

2. If a person is gay and seeks God and has good will, who am I to judge? 1. I’m not the most believable guy in the world right now. Now people expect me to come out and twerk with my tongue out all the time. I’ll probably never do that shit again.

If there is a country that has committed unspeakable atrocities in the world, it is the United States of America. They don’t care for human beings.